I always wanted my children to love cuddly toys like I did, my son absolutely does. He has lots of favourites, Nigel, Dave, The Santa brothers, rabbit, other rabbit, ah ah, big ah ah, the list goes on. By far his absolute favourite is Nigel, Nigel the wonder duck.
Nigel is not allowed out the house or even the bedroom sometimes, though he is allowed on holiday with us but cannot leave the caravan or hotel room!

When A was about 5 days old we went to TK Maxx where I spotted Nigel, a gangly stripy squeaky duck. I showed it to A who smiled straight at him, OK so it may have been wind but I took it as a sign and went straight to pay for Nigel, they have slept together night and day ever since. 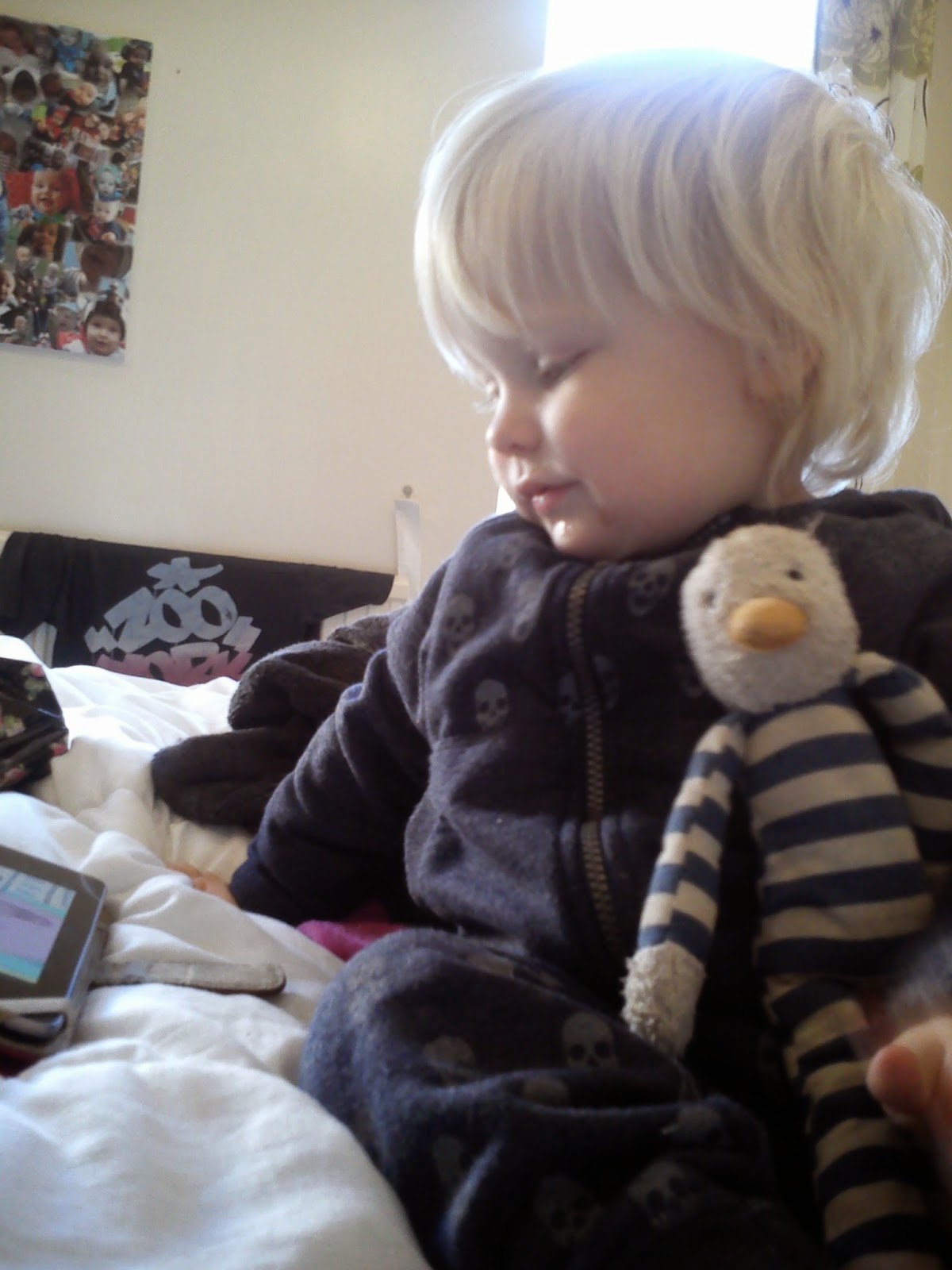 When I went into hospital to have baby S, I knew that A would have to stay over at his uncles house and that he would only sleep if Nigel was with him. I didn't want Nigel to leave the house even then so Nigel's back-up 'Dave' came out to play. I let him finally open the package that I had to buy three years before in case anything ever happened to Nigel. He was so excited by Dave, he had a fresh squeak, his beak wasn't crusty and he was still plump and plush. Dave could stand in for Nigel and look after him. 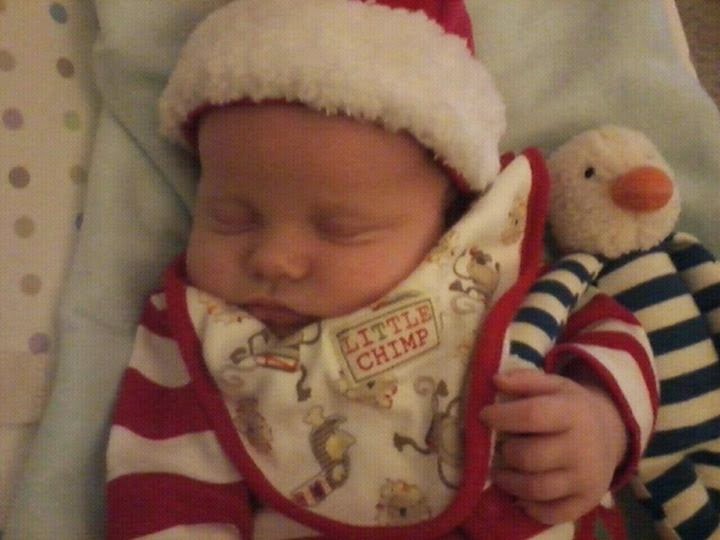 Since introducing my son to Dave he has decided that all his toys need a partner. Nigel was apparently lonely before but he is happy now he has a friend in Dave, yes my son is the sweetest! His Santa cuddly has been lonely for some time and all he asked for for Christmas so far this year was another Santa to keep him company. I couldn't wait until Christmas so as soon as they were back in Primark, Bob Santa had a friend too, Brian. It's my sons love for his coupled toys that meant the new John Lewis advert really struck a chord with me, it brings tears to my eyes every time, its so lovely but mainly because it reminds me so much of my boy and his lovable antics with his little toys. How sweet to be so worried about their happiness! 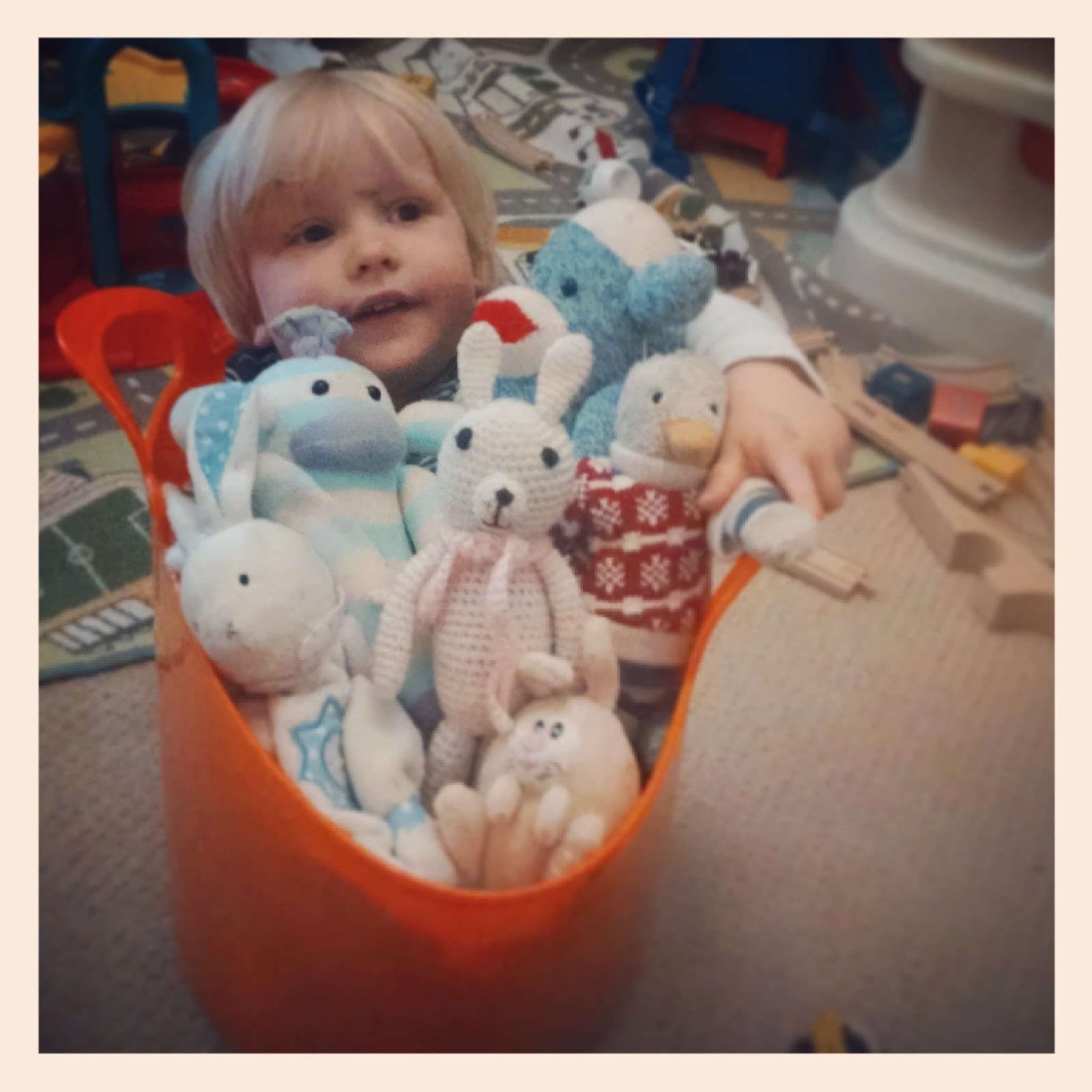 So Nigel, Dave and everybody else are the most loved and cared for toys in the world, they get read stories, go on adventures (mainly in the orange 'boat', go to bed tucked up in their own blankets and cuddled to within an inch of their stitches. 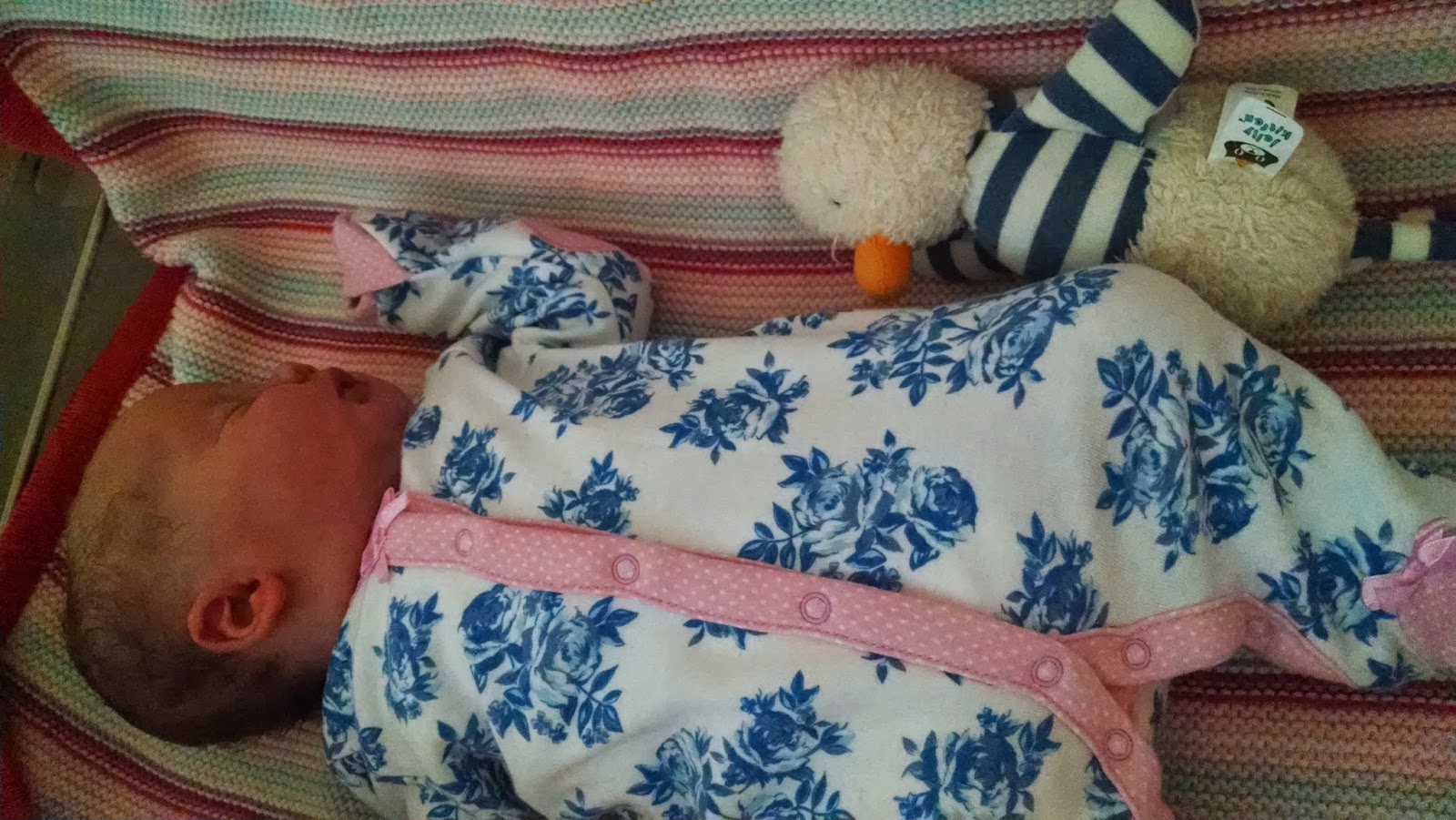 Alfie chose his sister a toy to give her at the hospital. Her name is Nigella, the slightly rounder bottomed jingly version on Nigel! 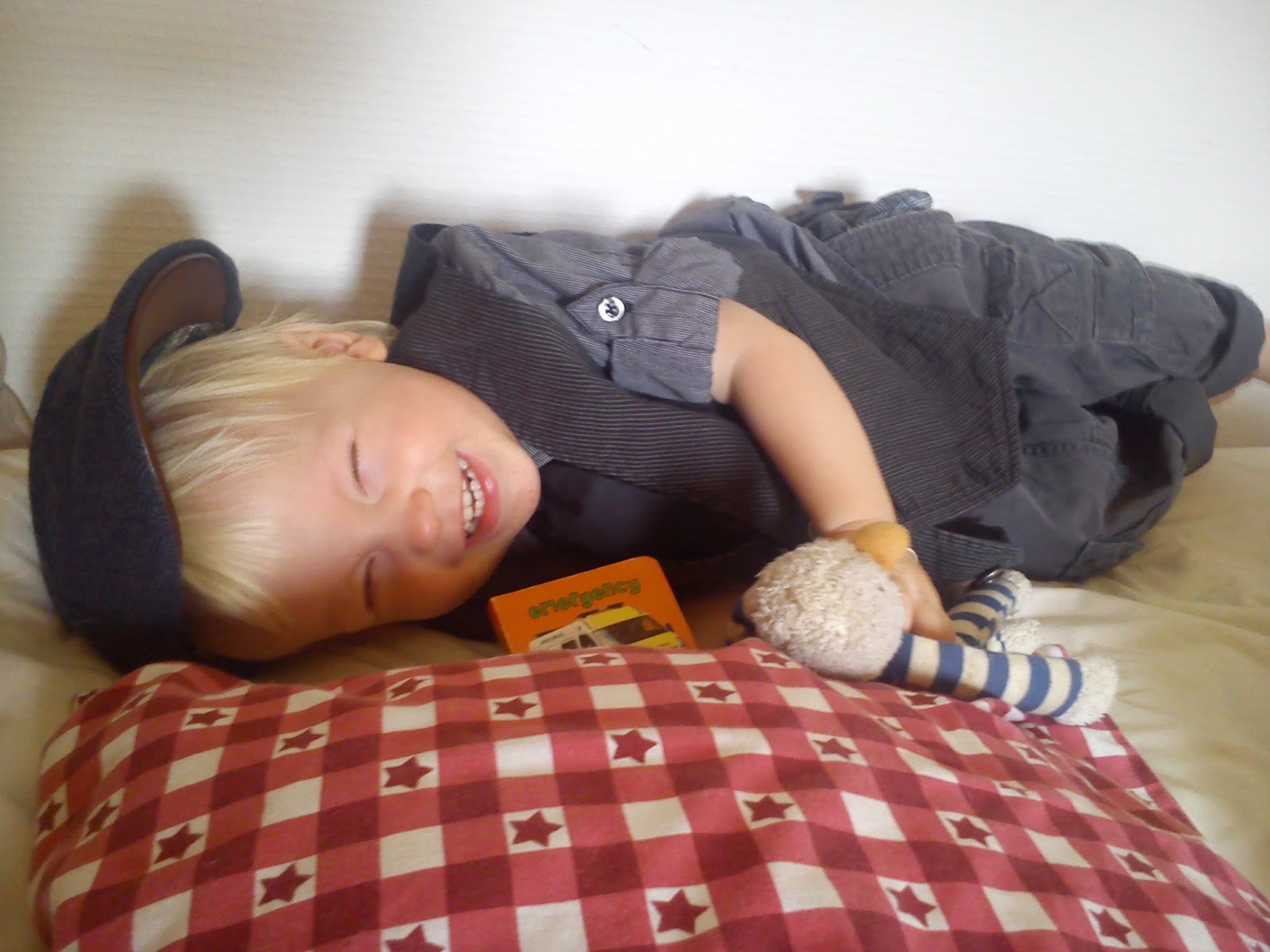 Nigel the wonder duck. The greatest duck in all the land. 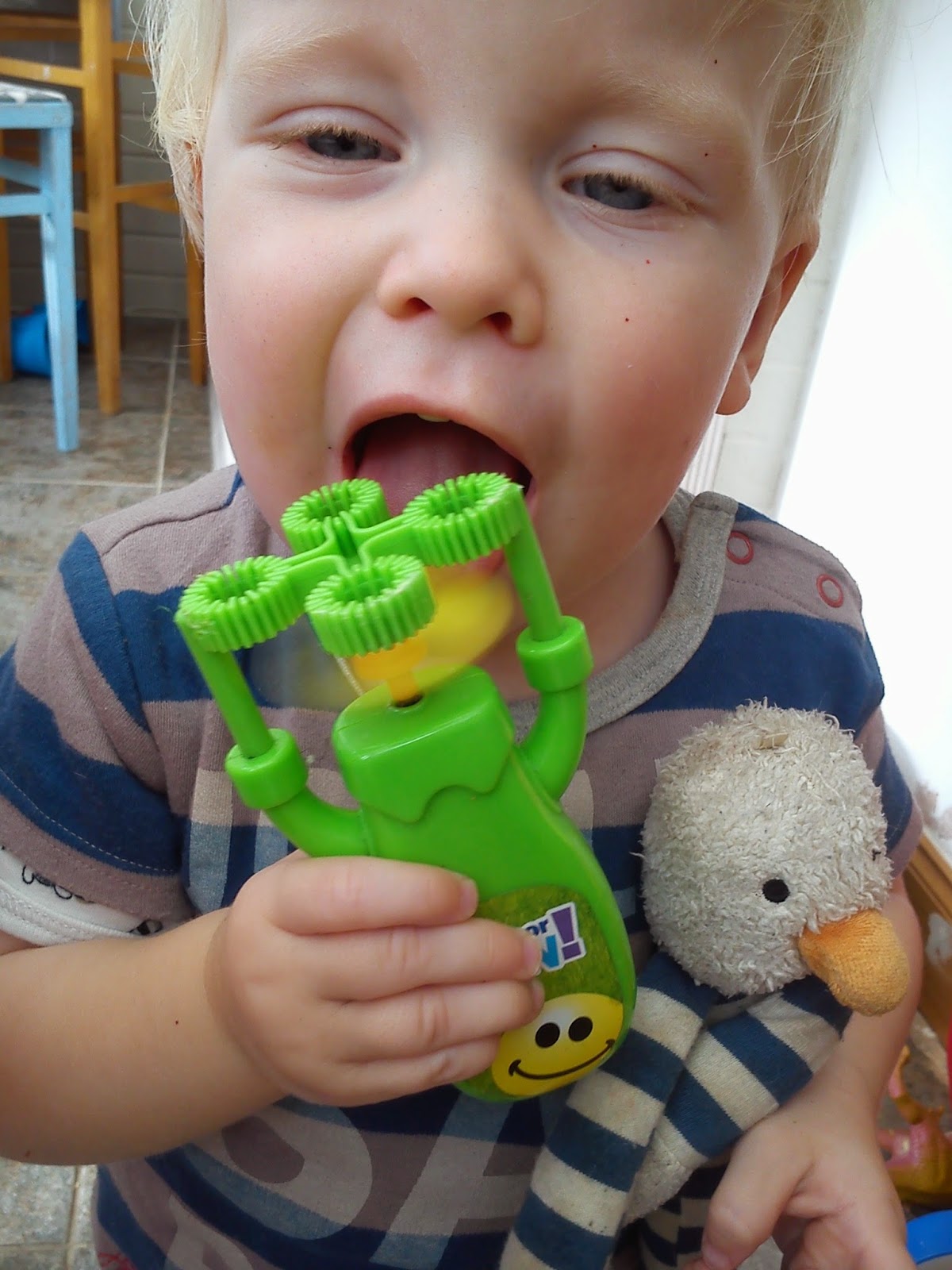 (I have even had to draw a giant Nigel duck on his bedroom sketch wall.) 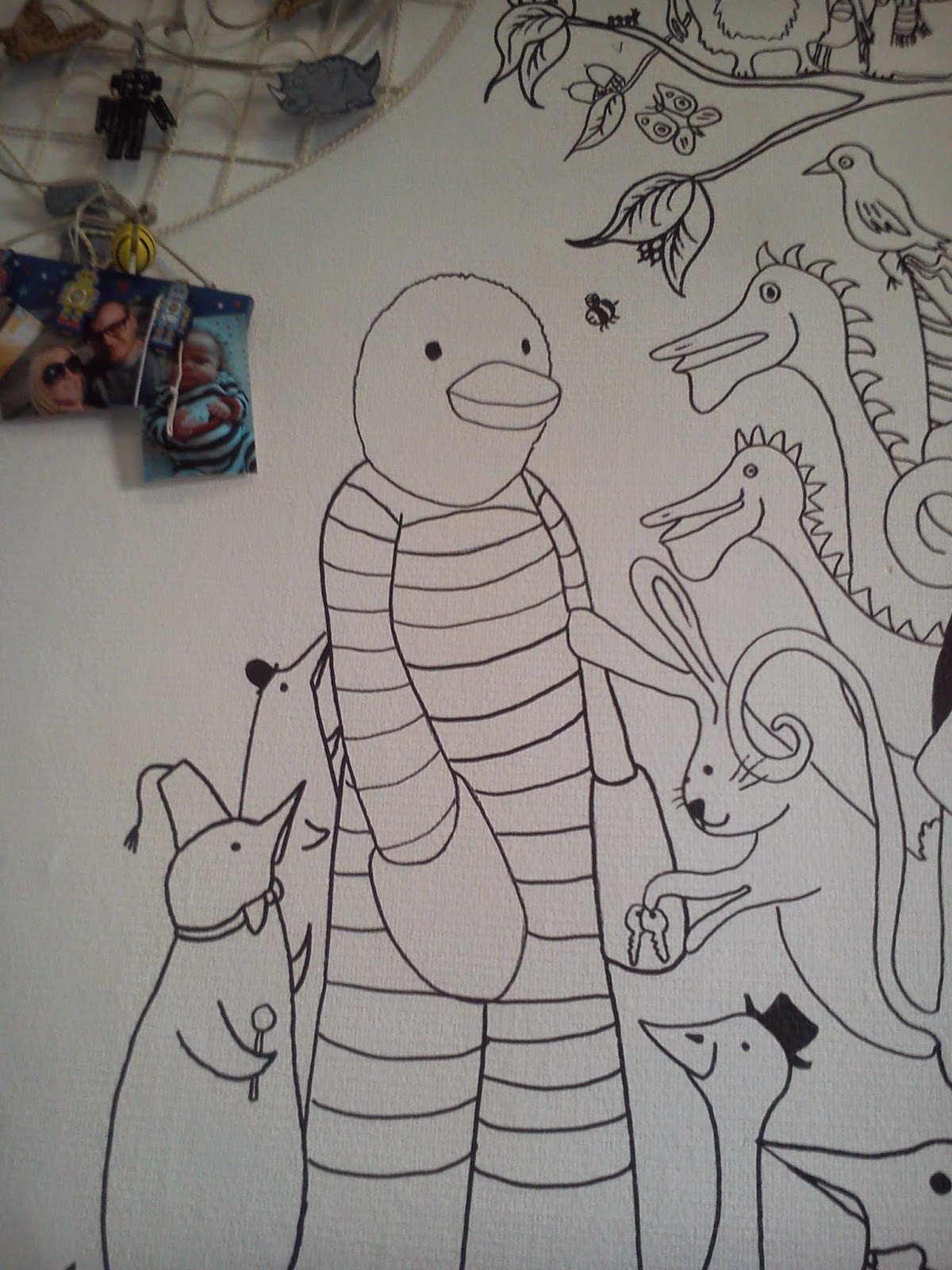 Does your child have a special toy?

You see some mums, most mums it seems and they are always on time, they look smart as well as their kids, they notice everything, a runny nose, a twig that could cause a fall. Their nappy bags (which they never forget) are filled with all the essentials, never a vest ten sizes too small or a squashed banana. They are on the ball, wise, I guess they are just naturals at this mum lark. They are 'proper mums', I do not think I am one of them. 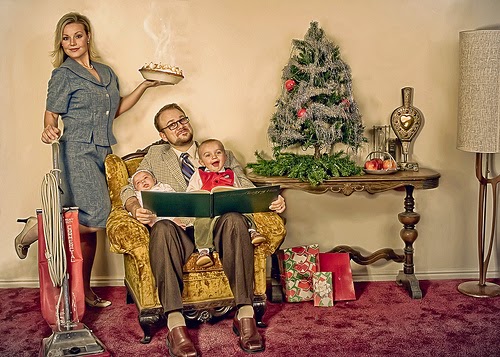 I'm unorganised and seem to always be in a rush despite the fact I'm sure I don't stop much. I regularly forget the nappy bag (mainly when my husband is there too when one of us should remember). When I do have a nappy bag it's usually inevitably missing nappies or wipes despite them being the very basic items, the clues even in the name! I have a change of clothes for my toddler, he is 3 and I have in the bag a 9-12 month sleep suit that has lived there a while, no use whatsoever.  I picked up a muslin only to find it's actually my husbands tee-shirt but its clean and will do to mop up vomit or dribble, I'll just add it to my dirty washing sculpture I'm creating in our bedroom afterwards. I always feel a mess and dry shampoo is my very best friend. I found a squashed banana in my bag.  I quite often stare into space only to be awoken by a 'proper mum' who would just like to let me know toddler is licking a dog/about to climb an ostrich or god knows what else. Embarrassing.

I'm getting better but still have days where we come out of messy play and he's wearing my jumper like a dress with the sleeves rolled up, wearing a children's centre nappy or grazing on a snack provided by a much better equipped parent!

However, I think I am actually better now than when I just had one! I certainly feel more of a 'mum'. We make more time to bake and play properly, I make lists and lists of lists, they are everywhere! I always stick to our plans even if we're running late and I try and get ready earlier or do things the night before. My friends are always telling me what a great mum I am. I do things people don't think of, I try and make every day exciting and we have adventures and fun and make things magical and A is the brightest most interesting toddler I've ever met. He's quick witted and creative and the gentlest soul you could ever meet. His silly mother must have done  some good after all, all be it in a 'winging it' unorganised pyjama day kind of way!
The quest goes on... 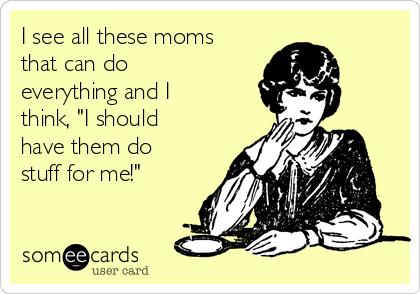