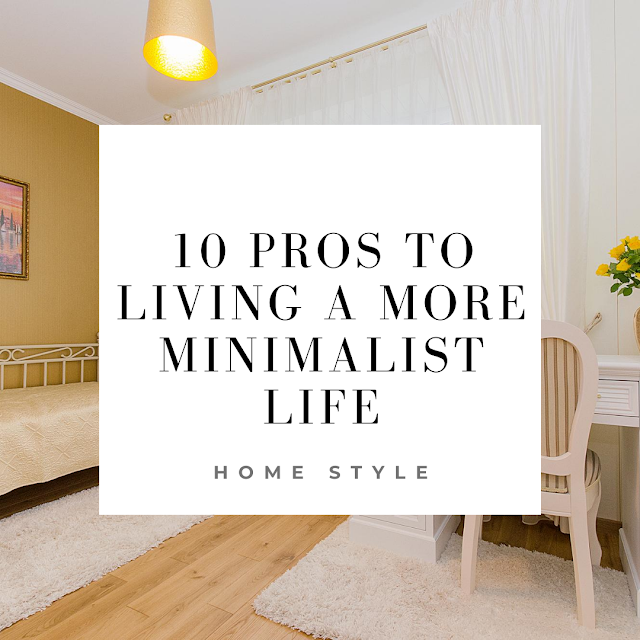 Having only just begun our decluttering journey, I've realised just how quickly our minds adapt to living with less. The problem is now that now I'm used to the house looking better, I just want to do even more! I stupidly didn't take many pictures, so it's hard to judge progress but knowing that I've managed to keep the house tidy mostly for a few weeks is a world record for us and it's been far easier to keep on top of it all. This is definitely an ongoing journey, with lots of learning along the way and I really need to stay motivated to just keep it going. With this in mind, I thought I'd look at some pros of living with less, so I can refocus and get stuck in again... 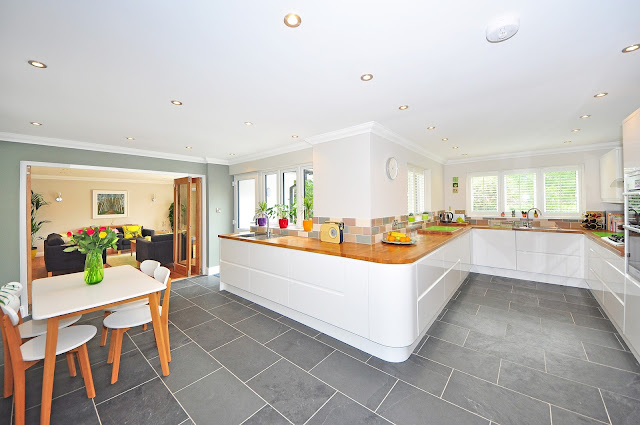 1. Less stuff = less mess - Quite simply, if we have less stuff, there will be less mess. The kids have less to spread around, clothes have places to go, everything will be more accessible meaning we have to dig less and move less things around.

2. Less mess = less time tidying - Again, less stuff, less to pick up at the end of the day, easier to maintain day to day and less piles and cluttered items gathering in problem areas - i.e everywhere!

3. Less stuff = less cleaning - With less clutter, it will be easier to have a quick whip round with a cloth and the hoover to get things clean. There will be less to dust, less things to get used/worn and dirty.

4. Letting go of items for emotional reasons is really good practise - I have discovered I have real issues with holding on to too many things for the wrong reason. The main thing is guilt, guilty that it was a gift so I should keep it, guilty that I spent money on it and guilty that it's just a waste. I also hold onto stuff because it was worn or given at a certain time, but actually I don't need to keep all the things and they are just objects, they don't need to all hold an emotional grip.

5. A cleaner home really does make for a cleaner mind - By just making a difference to one room you can instantly feel the difference, it just mentally feels lighter and you're not constantly reminded of things you should be doing, clothes that don't fit and just how much stuff you have.

6. Less emotional baggage - It's amazing how much guilt and other feelings we assign to inanimate objects and clothes. It's great to have special things, but having so much everywhere that we don't have a clue what we actually have is totally draining. Just knowing these things we've held onto for years have now been re-homed is a great feeing!

7. It makes you realise what's important - When you really start taking decluttering seriously and have a look at all the things around you, you realise that so much of it could just go and mean nothing and that actually it's nicer to have a few really precious things compared to a house packed full of half memories that eat space and make you feel bad.

8. Save money as buying less - As I learn more about living with less, I have been a much savvier shopper! The thing is I now have a much better idea of what I have already so I'm not buying duplicates, I'm only buying what I need unless it's just something I really really love and will use. There's also that lingering reminder of just how long it took to do the first house sort out and I really don't want to ever have to do it again!

9. Good mental health journey - The whole process of downsizing your junk can really feel good for the soul. It's amazing looking through all your memories, but having them in order, knowing where things are and having a little less chaotic living space really makes a difference to the way you feel.

10. A nicer freer way of living - The idea of having less to tidy, less to clean, less daily maintenance in the home is very appealing. Knowing where things are when you need them, having all your treasures in order and knowing all the things you do want and need have a proper place is pretty priceless.

Are you thinking of trying out a less cluttered home life? So far it's working really well for us and it's very addictive! I'm loving feeling less overwhelm when I walk around our home and I haven't had to do half has much but it looks so much better just for having less and being a little more organised.