Complicated Pregnancy or Birth? What to do next.

For some of us, our births don't quite go to plan. This seems more common with first births and as much as we get ready, go to our antenatal classes and research, it doesn't always quite turn out as we hoped.

I'm just talking from experience of a fairly troublesome first birth which luckily ended with a healthy baby and Mummy but made me terrified of having my second, right up until I was mid induction where I was finally put at ease! 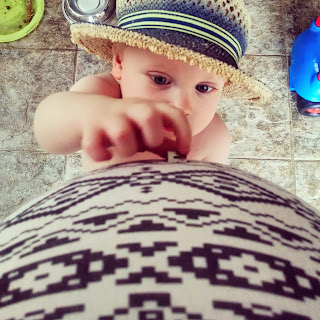 I've put together these few basic tips for anyone in a similar position who may be putting off their next baby after a scary experience first time round.

This sounds easy but we all know how keen we are to have visitors, take baby out, especially as our partners have minimal leave and we don't want to waste that time. Its crucial though to recover and it can take a long time.
If you have any doubts then ask. I was feeling odd for just over a year and was very painful for a good 8 months. I was so worried but with time everything went back to normal. The mental side of it can take a while too, its terrifying thinking of what happened or could have.
Ask what happened. Why baby got stuck, why you needed assistance, that section, or those extra scans. Things may not be as bad as you thought, and you need to ask the chances of those things happening again to put your mind at ease.

My first baby I was told would be gigantic, he wasn't. But he was stuck for hours and hours I presumed because he was big but turned out it was because his head was on its side. They thought this could happen again and it did. But second time round they were prepared, the doctor was on stand by with the Ventouse and it wasn't anywhere near as scary as the first time because I had it explained to me. I just wish I had asked at the start instead of worrying throughout the pregnancy as they told me this baby was big too so I just assumed it would all go wrong and that maybe this time I wouldn't be so lucky.

All hospitals I believe offer the service to talk about your birth afterwards, do it! Sooner rather than later too, save the stress.

Seriously, if it was very traumatic it can have a huge effect on you. Get help, have a chat and let someone reassure you. No shame, no waiting just go!

Write it all down

Write your birth story down while you remember it all. Good or bad what an amazing thing to look back on.

So it all went out the window first time, but you never know. Depending on what happened you may not be allowed that water birth but think of all the bad points first time and this time tell them what you don't want instead. Maybe you'd like to be made more aware of what's going on, or not be given certain pain relief. You can only ask and if they can do it they will, as long as its safest for baby.

Talk to your partner

Make sure you talk to your partner, it was bad for both of you in different ways. Maybe they thought they were about to lose their whole world and are terrified of doing it all again. You're in it together so talk, cuddle and plan.

We are all very different but I know if I had done this after baby A was born I would have been a lot happier. Every birth can be very different too so try not to worry about a repeat performance! Mine were worlds apart.