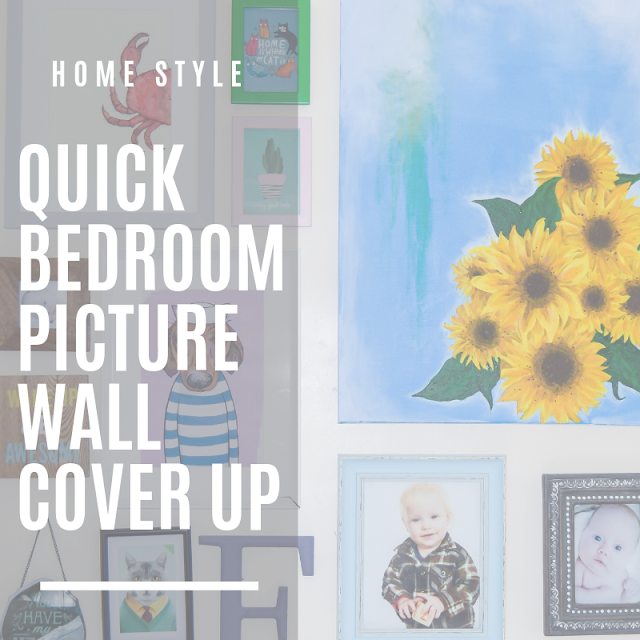 Our bedroom was pretty much the first room to be decorated when we moved in ten years ago. It's no surprise that after ten years of working hard, having babies and having pretty much no time for anything more than maintaining the day to day, that our poor bedroom is looking more than a little tired and in dire need of an overhaul.

At some point we WILL be redecorating the room entirely, it desperately needs some clean white walls instead of the manky magnolia that for some reason we thought was a good idea back then, I want a new feature wall behind our bed and at some point a full set of new furniture too. In the ideal world I'd pay to have some proper storage built into the awkward alcoves to make use of the space properly as the old fireplace is no longer there, so it just makes for areas that aren't used to their best and using space that we badly need to put our things. As we're not in any place financially or stress wise to embark on another big room makeover, I've started by just addressing some little niggles we have in the room, such as bedside cabinets that are falling apart, spaces that aren't being used well and the wall space which is covered in old nail holes and that horrid magnolia vinyl paint, what were we thinking?

I replaced the bedside units recently opting for some white simple draws instead of our old pine units, which instantly gives the room a lift, gave me a good excuse for a clear out and means I can actually open drawers without the fronts falling off - bonus. 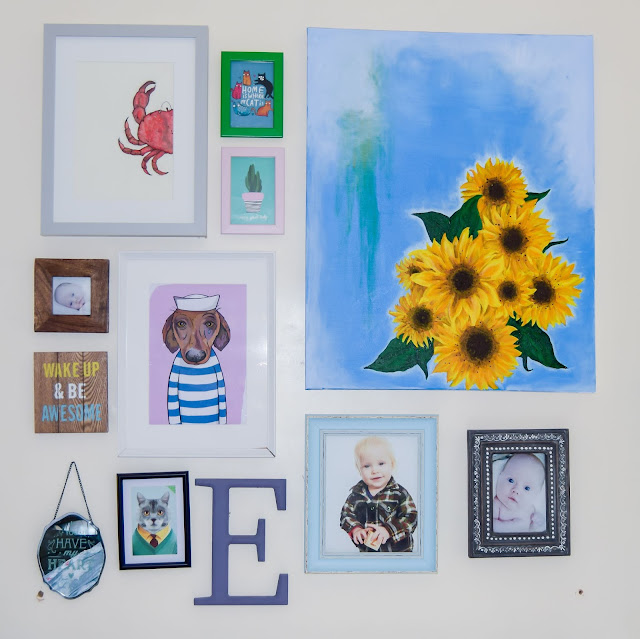 The next thing I tackled though was one of the walls, which is a large space between our two windows. Our room is pretty big and when we moved in it was actually seperated into two smaller rooms, so having two windows, two radiators and heaps of space is great, but only if you use it right. This wall space though has been home to a few old pictures and displays over the years, but more recently it's sat with a couple of awkward looking frames on and a canvas of mine that I'm not overly keen on but can stay for now. There was also lots of little nail holes which annoyed me to look at and the fact that it just looked so unfinished bothered me every day when I looked at it. 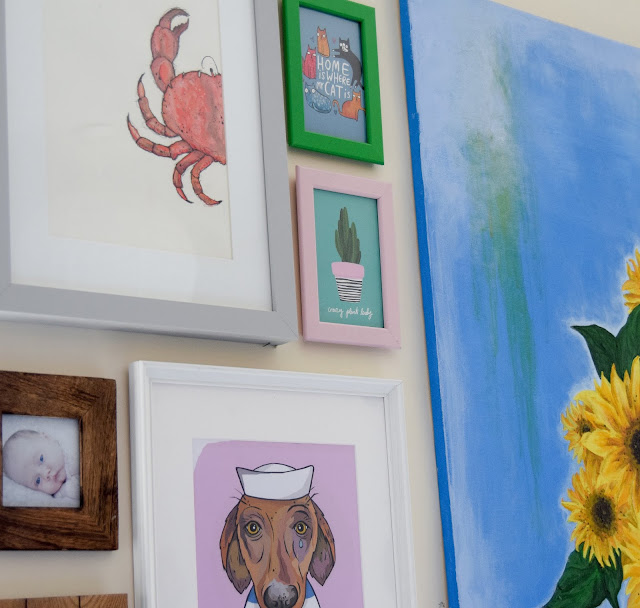 While we save for the proper makeover, I dug out some old frames, prints and wall hangings and quickly popped some new pins in the wall to create a new display. Although it's far from perfect, it's now 'a thing' and so much nicer to wake up to. I smile every time I look at it, it's rescued things from drawers that would probably have made their way to the charity shop soon and the awkward space is now warm and homely and represents us a little more. 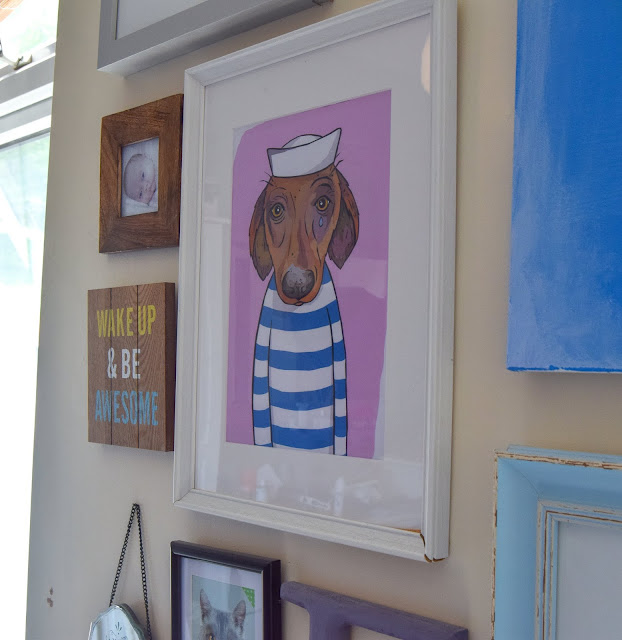 Although this is only a short term fix, I think this will go back up when the room gets decorated as it's a nice family feeling wall, without being too formal, with lots of colour.

Have you done anything new in your home lately?
Posted by Wafflemama
Newer Post Older Post Home