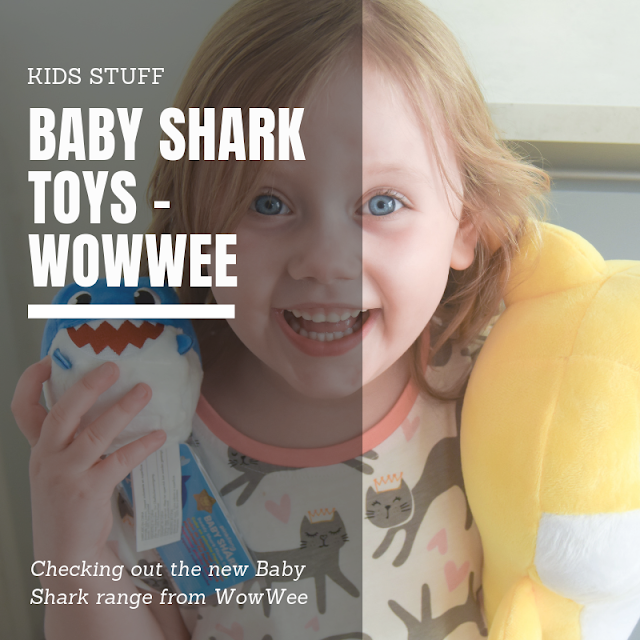 You're probably thinking 'why why why would you do this to yourself?' and honestly I did wonder, but I just knew that when we were given the opportunity to review these Baby Shark toys from WowWee that Soph at the very least would absolutely insanely LOVE them and probably Alf too, though at seven he's sometimes too cool to admit it.

The baby shark song by Pinkfong has gone crazy here in the UK and although you are probably singing the song in your head which will now be stuck there for the next few weeks, you have to admit it is pretty catchy and it's way better than crazy frog or any of the past novelty songs that have hit the big time.

If you've been to any kids parties, have kids or even just have ears on your head then you will no doubt be familiar with the baby shark song and all it's various remixes. This song has been in the UK top 10 and been viewed over two billion times now on YouTube with lots of different versions and now has come to us in the form of singing musical plush toys and family sound cubes, you're welcome. 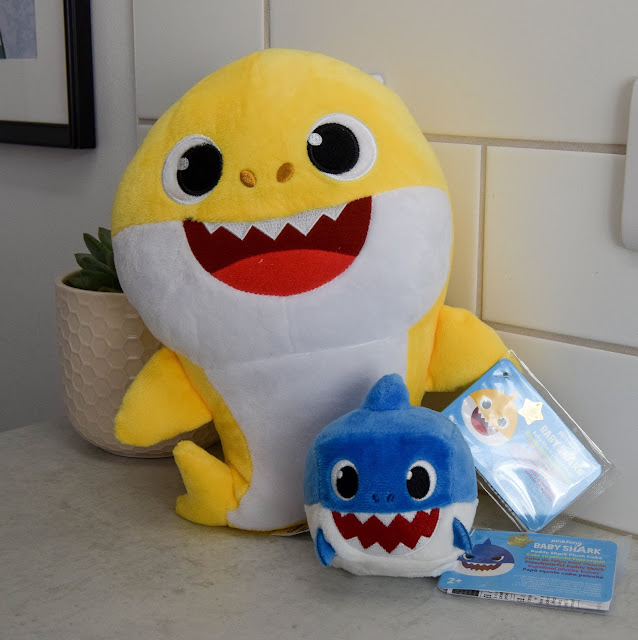 I had no idea that toys for baby shark were on their way until we spotted them on the shelves in the Entertainer recently, so to get the chance to review them after having to drag the kids away from them in store due to lack of funds is great. Sometimes we have to put our sanity aside for the sake of our kids happiness (soft play anyone?) and this is no different, though I do actually think they are kind of adorable and I do secretly not mind the song at all even though I've heard it daily for the last 347 years. Luckily they aren't too loud and can be switched off easily if you do need a break.

The toys we were kindly sent to review were the 25cm singing plush toy (£15) and family sound cube (£7), both super soft, cuddly and musical. Needless to say these went down a storm when the postman rocked up. Check out this little face, if that's not pure joy I don't know what is! 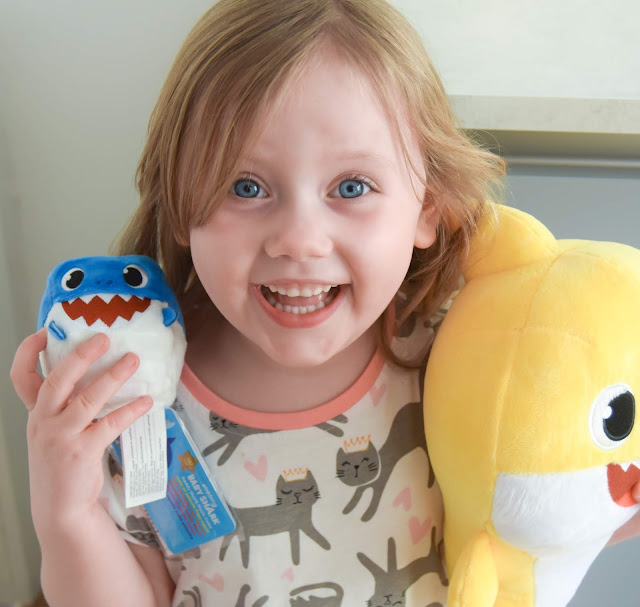 Soph is 4 and a half and I think the prime age for this as she loves it, can use it perfectly and understands when mummy needs a little break from singing sharks for 8 seconds. These are suitable from aged two though, so fill your boots! 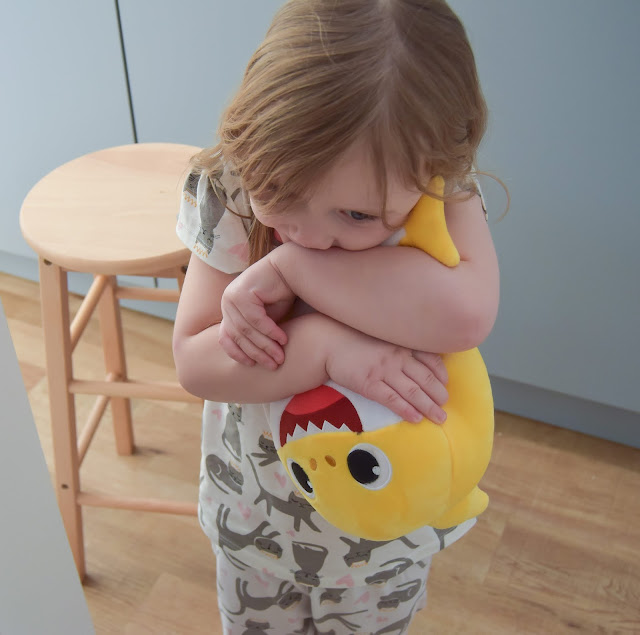 The singing plush toy is lovely, it's a cute cuddly toy as it is, but with the addition of the kids favourite song this just makes it even better. The toy sings an extract from the well known song and you just squeeze once for the song and again for some silence. You can choose from baby shark, mummy or daddy, or collect all three. These would make a great gift for any little one as I'm sure most are as obsessed with baby shark by now too. These are priced at £15 which is pretty reasonable for a plush of this quality, even without the singing and really is a good toy for the money.

The sound cube though was the biggest surprise as it's a bargain at £7, sings the song and both kids thought it was the best of the bunch! I thought bigger was always better for kids but apparently not, they love this cube and it's definitely the favourite. Again it's super soft, not too loud and a fun series to collect. 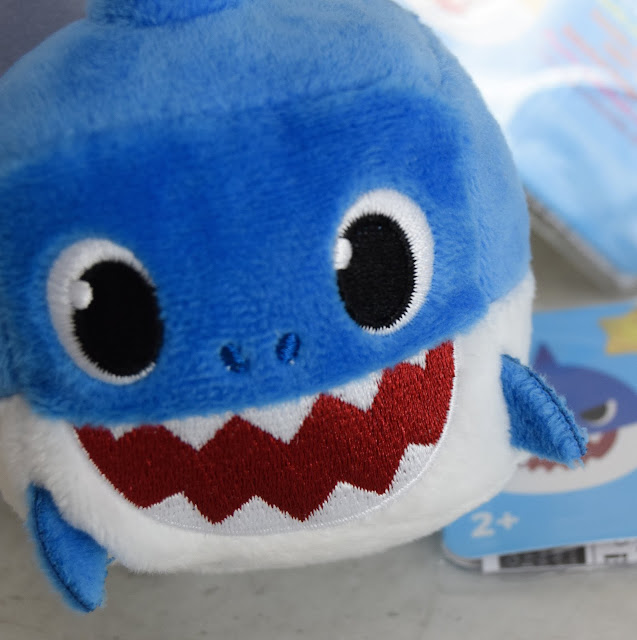 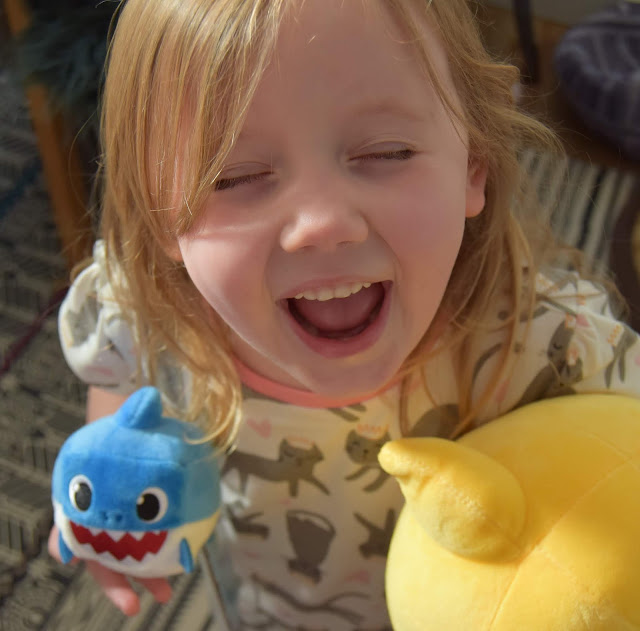 These toys are available at the Entertainer and other toy shops right now, you'll probably hear them as soon as you walk in like we did, kids were all over them!
Posted by Wafflemama
Newer Post Older Post Home