What We Need To Know About MOMO ... 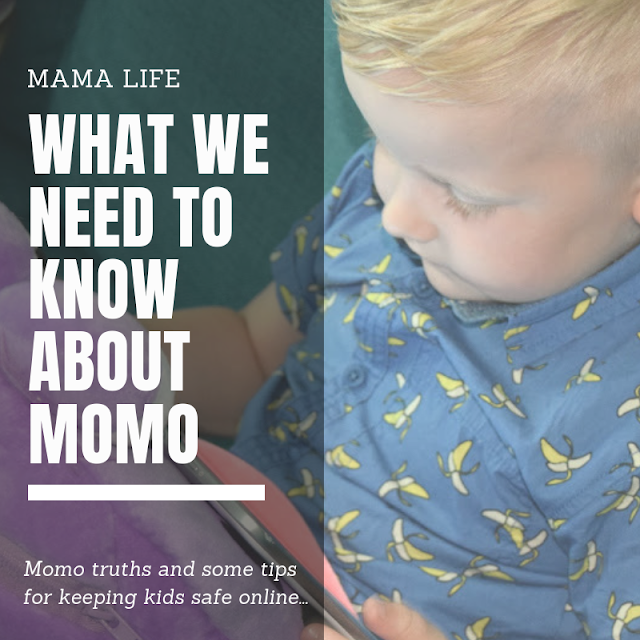 Every now and then something pops up causing a mass stir among us all, especially when its related to the safety of our children. Although these scares cause a frenzy, whether or not there is genuinely a reason to be worried it's a good opportunity to tighten up on our online security, have talks with our kids and keep a closer eye on what they're up to when enjoying their screen time, which lets face it can be a lifesaver for us parents at times.

The worry spreads like wild fire though and much like Chinese whispers, the severity of the thing snowballs as it's passed round playgrounds, parents and social media. Is there really any need to be worried? Usually not really, but it never hurts to be cautious and it can even make space for some much needed conversations with our kids. As with most of life's dramas, you'll always have those people that like to say they've seen it, heard it, worn the tee shirt to stay on top of their social bubble, so take things with a pinch of salt and make sure to do some research before worrying yourself or others needlessly. 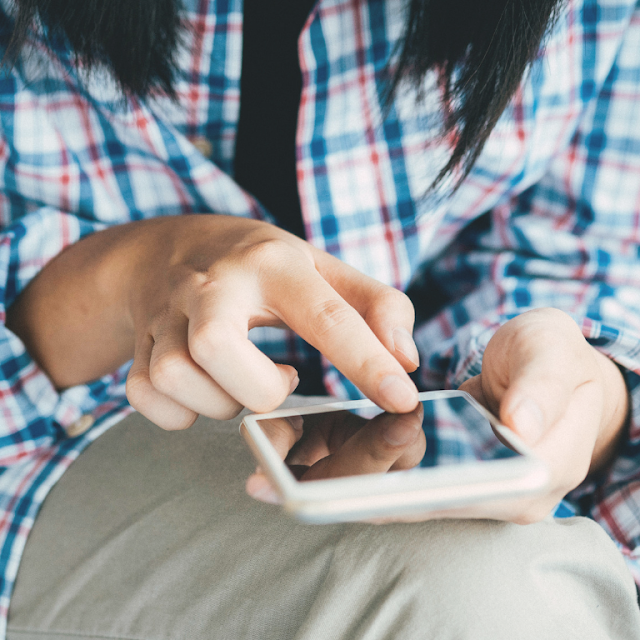 
The current and most recent scare for parents comes in the form of Momo and after lots of research I thought I'd put together the facts we need to know, any advice out there for us parents and if we really need to worry and ban things like YouTube and video games until further notice. Also, I'll add some general online safety tips for kids at the end, just in case there's something you may need for a little added peace of mind.

Momo the character was originally a prop named 'Mother Bird', created in Japan for an art exhibition, though the creators have no relation to the current goings on. The character with bulging wide eyes and bird like features is pretty haunting to look at and could no doubt terrify young children from sight alone. The Momo challenge apparently presents itself on apps like Whatsapp, Facebook and YouTube, giving kids a series of challenges, with the final one being suicide. This phenomenon has now reached the UK and is spreading fast and causing a lot of concern. It's likely though that the 'Momo' kids are seeing (if they have seen it) is just hackers, bullies and idiots that are using it as a tool to target our vulnerable children and spreading fear, and not a group setting out to eradicate our kids or whatever worry or story you may have heard.

Do we really need to worry?

As I mentioned earlier, it never hurts to add a little extra caution when it comes to kids, but in relation to the Momo phenomenon, the answer basically is not really. By all means vet their viewing, watch with them or ban it entirely if it does help you feel at ease, but really if your children are of an age to understand what's going on, you can have a suitable conversation for future reference. It should also be noted that according to major children's charities here in the UK, there haven't been any official related cases of children harming themselves severely due to Momo, though there have been a very small number of injuries caused according to police.

The police are also saying that this is most likely an elaborate hoax or urban myth that's been created to cause chaos, which has worked. Unfortunately chaos feed chaos and this is exactly what the kind of people that create these things enjoy. It's likely that this increased media exposure and gossip has amplified the problem more than necessary, but does give us a good opportunity to talk to our kids about the potential dangers. Although we don't need to be overly worried, it's still likely that hackers may have spliced the image into videos, which is I imagine going to take some time to sort out, so it may be wise to be extra careful with smaller children, see the tips at the end of this post though for more safety tips online.

The bigger worry is the theory that this could be a way of people harvesting data and although apparently the information given is minimal, it's a really good reminder to tell our kids never to give information to people they don't know, to question everything they see and hear and to always come to us for guidance if they are unsure. Although it becomes increasingly difficult if you have older kids and young teens, it's still worth checking their security settings and just having the conversation about safety and keeping their data and personal details safe. It's a minefield in life but even more so online where the anonymity of being behind a screen gives people a lot more freedom to be vile to each other.

In short, Momo seems to be a hoax, but has encouraged lots of YouTubers and hackers to jump on the bandwagon and help share the terror if it all, but ultimately it's just another 'thing' and a reminder to stay safe. There isn't much actual evidence for real cases on this and it's likely that anything that has happened has been created by someone using it as a mask or elaborated on for added hysteria, let's not feed it. 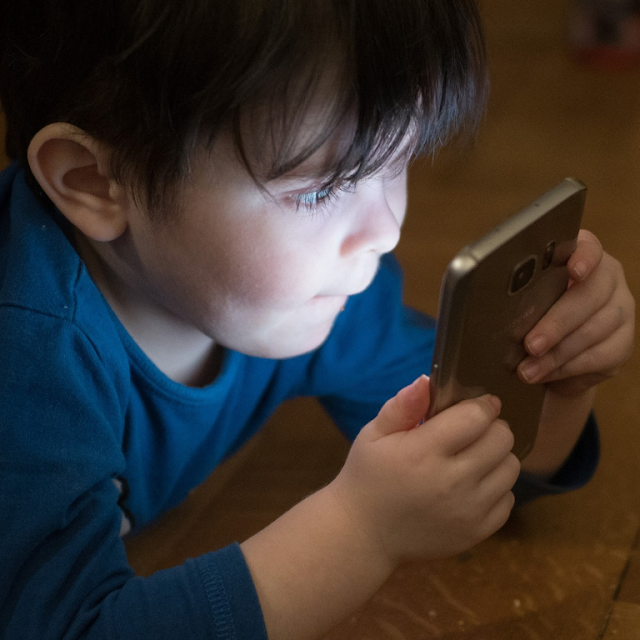 How do we explain this to our kids?

When talking to kids it all comes down to their age and what they will understand. We don't want to scare them more or arm them with more wild stories to spread around school, but I think we do need to say something even if it's just made of fear more than actual facts. It's a hard thing to explain to kids why someone would even do this, and a painful lesson for them that there are people out there that are just plain bad and thrive on upsetting others. We need them to be aware to not talk to strangers (as always), question anything they aren't sure of and seek help with any new apps or videos that aren't plainly aimed at their age from a reputable source. The buzz of something like this even though negative can be enticing for kids, they may want to be the one that says they saw it or beat the challenge etc, so we need to make them understand that it's just a form of bullying, it's not cool in any way and the best thing to do to make it go away is to not talk about it with their peers and to just keep doing what they enjoy, safely. Instead of asking our children about Momo directly (which could lead to their curiosity), perhaps ask them generally if they've seen anything disturbing online or anything that's worried them. We can explain to them that the Internet and these apps do give bad people a mask to hide behind, so it's really important to just be extra careful just as they would in real world life. Tell them that some things are just created for attention and aren't necessarily anything to worry about, but that they should always talk to you if anything gives them bad feelings or someone they don't know tries to contact them.

What to do now?

For younger kids it may be wise to install something like YouTube kids, a smaller more controlled version of YouTube that's far less likely to lead to something they shouldn't be coming across. Of course there's still a risk of hackers doing something, it ultimately comes down to us as individuals, can we realistically keep them from YouTube for good? Or - should we just do it more carefully and educate them on the risks and encourage open conversations about it?

Perhaps a good starting point while they are at school is to have a quick look through their devices to ensure you are happy with the apps they have, any messages they are sending and what they've been watching. You could even sort out any security settings and make note of anything you might need to discuss with them when you have a chat.

Keep track of changing behaviours. Watch out for things like your child being sad or angry after reading messages or using their device, behaving oddly in relation to their device or switching screens when you come close. If they are being secretive or acting unusually in any way, have lots of seemingly new contacts or friends you don't know, talk to them and find out more.

Try and be as aware as you can of what apps your kids are downloading, what they are watching and what data is available from the outside. If you're are concerned about anything like this or need advice on how to discuss it appropriately with your little ones, you can contact the NSPCC Helpline on 0808 800 5000 or visit the NSPCC website. Also, kids can call Childline on 0800 1111, or go on their website to get some advice anonymously. 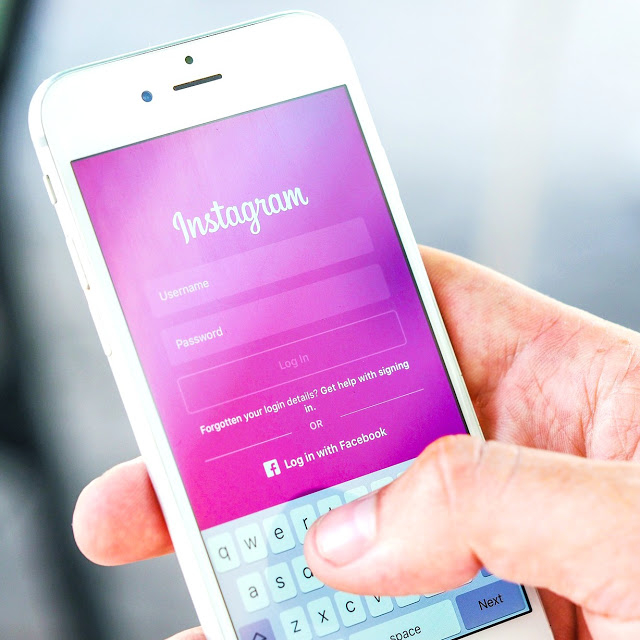 As in real life, we really just need to teach our kids about potential dangers and how to prevent them. Much like crossing the road or taking sweets from strangers, the online world is no different. They wouldn't follow a stranger because they said they have a present for them, so they should understand that this is exactly like what happens online only much more likely to happen given the anonymity of online life. Armed with knowledge and our support they can safely use the Internet and by opening up the conversation now, they are much more likely to question things or tell you about them later. So instead of worrying about this and banning everything from your home, use it as a good opportunity to communicate, check settings and apps and hold their hand virtually as we would in reality.

Have your kids spoken to you about 'Momo' yet?
Posted by Wafflemama
Newer Post Older Post Home