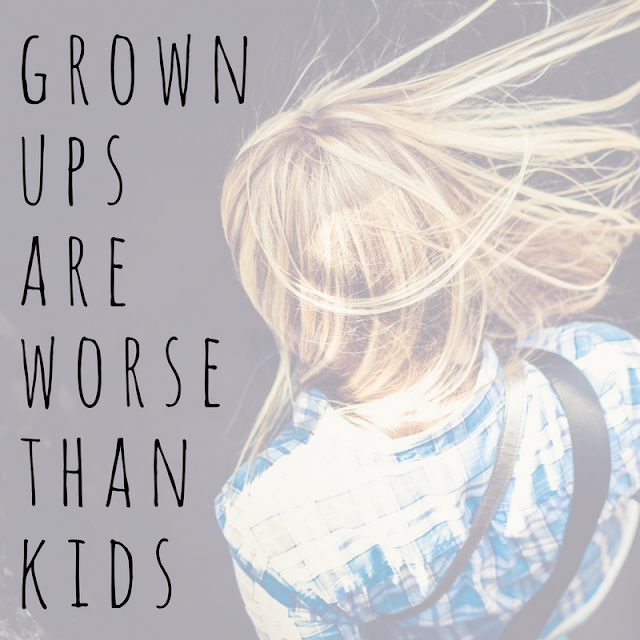 I have no idea what goes through people's heads, but there are just some awful adults out there, many of which I'm ashamed to say are parents. I noticed today that on our busy school run and constant 'watch where you're going' 'mind out for that lady' reminders to the kids, that actually adults just don't bother trying to move. What's that about? I'm constantly reminding the kids to be considerate, yet grown adults that they should be learning from are just awful.


It's no wonder there are some quite frankly shitty kids out there bullying others, disrespecting others and growing up with no regard for others, I can quite see where they get it from and it makes me super sad.

At the school disco this week, we queued quietly for our turn to see Santa, there was no mistaking it was a queue and we were in it. Two ladies walk up with their kids and say 'here'll do'. One of their little girls said 'Mummy this lady is first', to which she turned, smirked at me then said 'well we're in the queue now, it doesn't matter'. How is this kid meant to learn? You're effectively telling your daughter that we don't matter, that she is more important than us, that my kids can wait, that it's OK to act like a total arse.

Short of starting some kind of mum brawl at the disco (so tempting but I'd rather be a watcher than partake), I just had to let it go and say to my own kids we would just have to wait a bit longer now and whispered 'Santa has to see the naughty grown ups kids first', boom. Problem solved! Except the fact Soph was terrified of Santa. Like properly TERRIFIED of Santa! 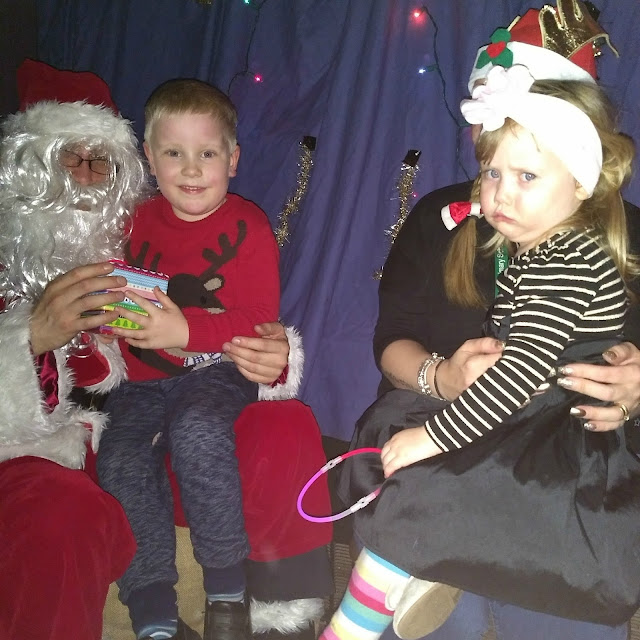 I just don't understand why adults think it's OK to push in, to not move aside for little children, to shout, swear and be as rude as they like in front of our kids and just have no respect whatsoever for others. When did everyone get so selfish?


It's a sad world we live in with role models like this and I know that like everything, you get the rough with the smooth, a few bad apples, but this arrogance and selfishness seems to be an epidemic right now and it needs to stop. It's not just the shoulder barging mothers in the playground, but the ones that think they can shut a door in your face instead of hold it, push in front of you in a store or give you their unwanted opinions. Worst of all though there's the ones that drive with this same sense of importance, selfish road use, causing accidents and putting people at risk purely for their own self importance. How are children ever meant to learn?

I don't know what the answer is but I know that I'll be bringing my babies up to consider others in every way, to consider their feelings, to make sure they are respectful of their space, their beliefs and even putting others first at times regardless of who they are.

Have you experienced this too or do I just live in a hell hole?
Newer Post Older Post Home