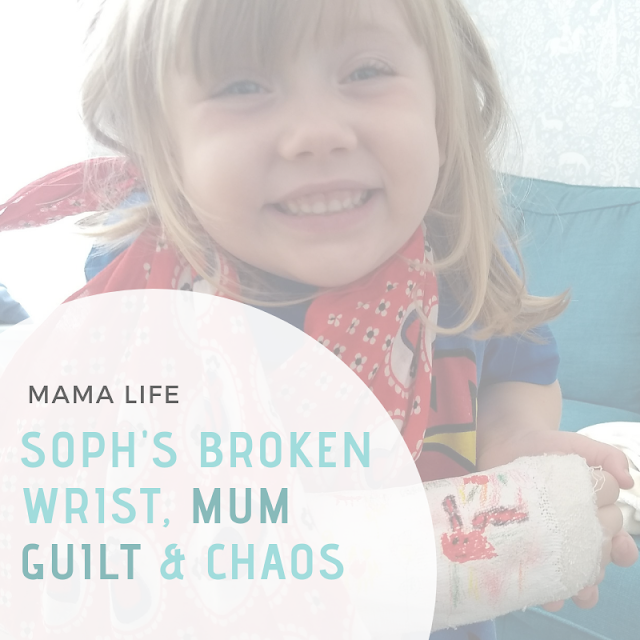 Thursday was one of the most stressful, sad, hilarious, chaotic, horrid days in a long long time.

We are super stressed as it is at the moment with our on going kitchen nightmare, but Thursday was one of those ridiculous crazy days you get sometimes as a parent where you just think what the hell is happening and why is nobody helping me?

The whole day I waited in for builders that never showed, a delivery that didn't come and a phone call that came at the last minute. When I got the kids from school I gave in to their begging for a trip to the playground in the park so we popped up for a play before heading home.

After playing for a while I heard Alf shouting ''Mummy look I've got a squirrel on my leg". Joys.

It turned out a baby squirrel had climbed up him and was now nuzzled into his tummy looking happy as Larry. Shit, what do you do with a baby squirrel?

I took the squirrel which curled up on my chest and went to sleep, literally the cutest thing I've ever seen - super tame, super fluffy and no, it's bite didn't hurt but it did try to have a little nibble on my bracelet.

I got my phone out to consult Google on the next step and the battery died just as I searched. Shit again. Alf plays Pokemon my phone and he'd totally drained what little battery I had so we were stuck. I was surrounded by kids desperate to see this squirrel, who was happy being held but as soon as you put him down he'd shake like a leaf and run back up our legs for comfort. He wasn't fussed who, but only us three! 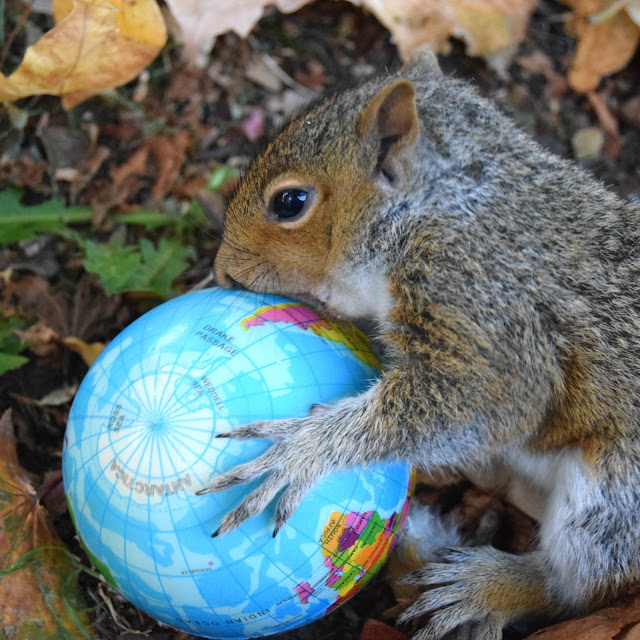 Other mums in the park came and went, none with any more squirrel knowledge than me and left with cries of 'good luck with your squirrel' and 'looks like you've got a new pet there' which was particularly unhelpful as the kids were crying to keep this beautiful wild animal as a pet, um no.

I couldn't believe how lovely the squirrel (Murray) was, I rocked it to sleep like a crazy person and made it a sleeping bag with my sock - the logical next step surely?

But each and every time we tried to leave it to find it's mum, it would run after us again, straight up my leg or Alfie's, happy.

Four hours it took to shake off baby Murray, by which point Soph on her 'one last go on the slide before we go home', managed to fall from the top (about 8 feet) and land on her arm, breaking her wrist cleanly right across. I borrowed a passer bys phone to text Adam to come and help as a this point we still had squirrel and Soph was obviously quite upset. You could see instantly that it was broken, it was kind of an S shape, swelling by the second and very very sore looking. Poor Soph.

The man who's phone I borrowed said 'enjoy your squirrel' and let me with a sobbing Alf, a broken sobbing Soph and a squirrel - thanks mate. I was worried about leaving it with dogs all over the park that would happily snap him up!

Adam came and took Soph home to get ready for the trip to A&E whilst me and Alf took Murray back to his tree in the hope he would finally stay this time, and he did. Not after me climbing a big wall to try and get him in his tree, nearly impaling myself on the fence! I was then very bruised on my tummy and feeling a bit silly. Murray climbed down and made himself comfy under some leaves so we made our escape. Alf was in bits, he said the squirrel was his friend now and made me feel like the worst mother ever for not letting him keep him, a wild squirrel.

When we got back Soph had cheered up and had a bag packed for hospital, complete with snacks as they hadn't even had tea by then. They headed up to A&E while I stayed home with Alf for their five hour wait. The doctor took one look and said straight to x-ray, it was clearly broken. 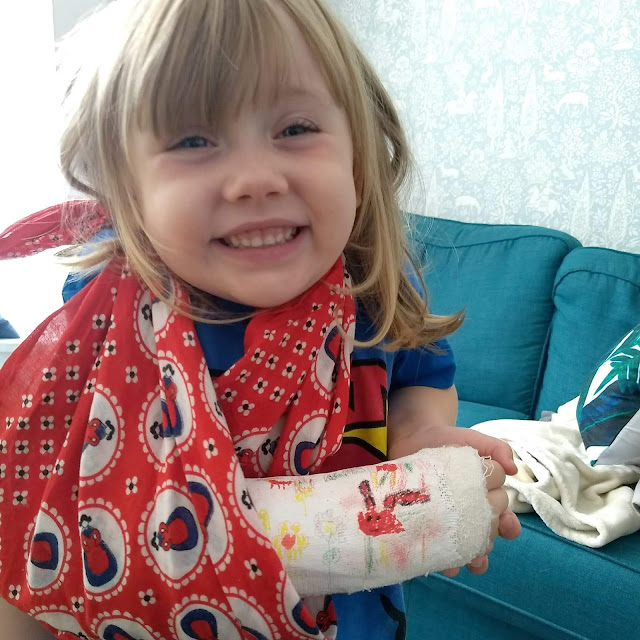 We sat at home with me in tears and a very kind beautiful souled Alf stroking my hair telling me everything will be OK, what a boy huh? I was in bits with guilt, I wish I had been paying her more attention instead of trying to, off the squirrel, I guess you never know when accidents will happen but I can't help but feel terrible about it.

Soph eventually came home but was up til 4am shaking and feverish. I had totally forgotten she had her flu jab in the morning so guessed/hoped it was just a reaction to that and not the shock.

Since then though she'd been amazing, it must have really hurt but she's been SO brave, she's adapted to one arm life instantly and begged to go back to school! I'll be happy to not have another day like that as long as I live.

Any tips for dressing a child or helping them with a broken wrist?