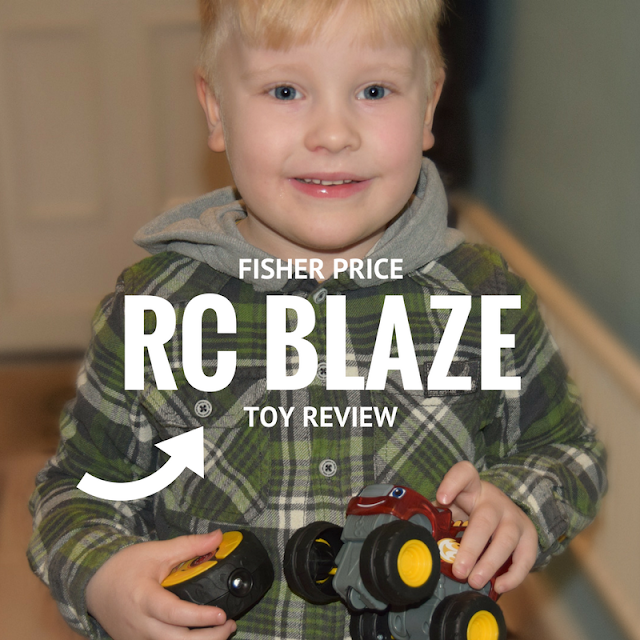 When the lights go out in Axle City, it’s up to Blaze to save the day!

I'm pretty sure that all budding racers like mine are going love the new Fisher-Price Blaze and the Monster Machines toy range based on the Nick Jr. series. Little ones can now take to the tracks with fun vehicles and play sets that truly bring to life the much adored characters, stories and stunts from the show.

We previously reviewed the transforming fire truck Blaze toy and have now been kindly sent the very latest from Blaze this week, which is the new Remote Controlled Blaze made by the brilliant Fisher Price. This little toy retails at an RRP of just £21.99, featuring a tyre shaped remote control allowing Blaze to be zoomed around the house - much to Alf's delight. 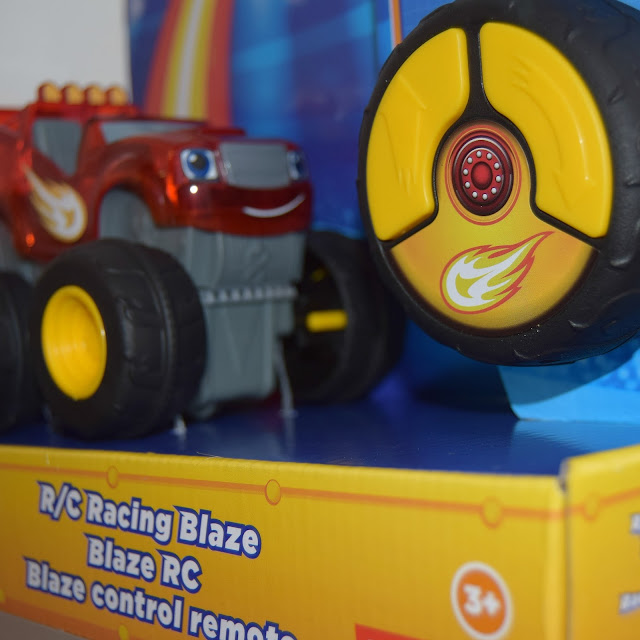 This RC toy is aimed at little ones aged three and upwards. The remote control is the perfect size for those tiny hands and extremely easy to master, even for Soph who turns three in a few months. Blaze actually moves really fast so he is lots of fun, he's not too bulky so he's very easy to transport and seems pretty battery friendly too, requiring 4 AAA batteries in total. The batteries are easy to pop in, you simply need to unscrew the bottom section of the car and on the remote there is the usual battery insert section. We used basic pound shop batteries and still had great performance and they are still going strong after a few days and lots of play. 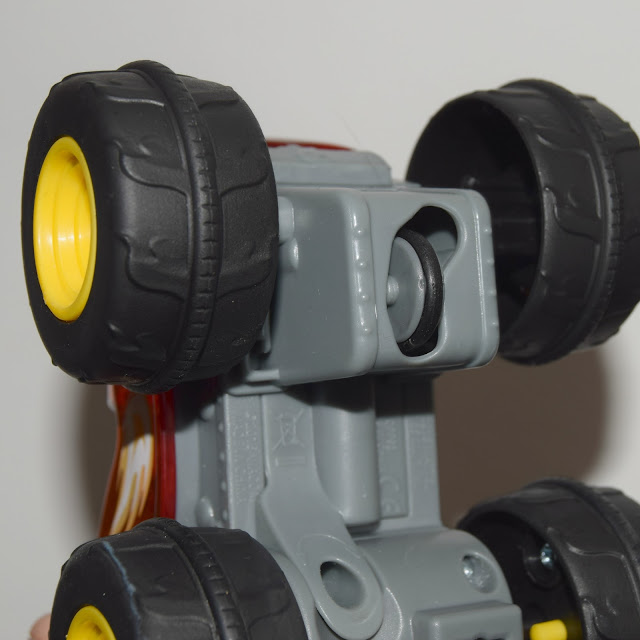 The remote control features just two simple buttons, forward and backwards. When reversing however, Blaze will change direction so there is some skill in truly mastering the controls which I think just makes this even more fun. It's great for kids to learn basic controls like this so early on and they definitely enjoy being in control of a little speed demon like Blaze. It's good that Blaze does change direction whilst reversing though, as I think just forward and backwards straight may have distracted from the fun a little. We found ours worked far better on our laminate and hard floors, although he does drive fairly well on short carpet, he was much for fun and fast on harder floors.

I was worried this would be a little young for Alf at 5.5, but actually he really likes it and I think part of that is the simplicity and the fact he can be a bit more robust with it than other RC cars he has had. 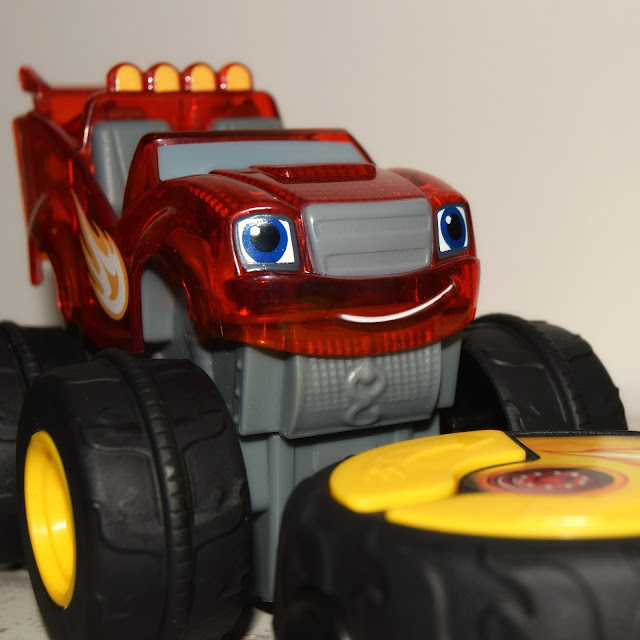 Alf has loved playing with Blaze this week, as well as his sidekick Soph of course. Soph rarely gets a look in on his RC toys so this went down a storm. Her favourite thing to do was to carefully line things up and try and knock them over with a speeding blaze. A toddler at the wheel is a scary thing indeed! Watching them play with this has been really fun, they've been doing all the little voices, using him to rescue other toys and laughing uncontrollably at crashing him into things (myself included). They found some little figures that fit in the seat too, so this just added to the fun and games.

This toy would be a great buy or gift for any Blaze fan, but also any young child that likes fast things or has an interest in vehicles. I don't actually think it matters if they like or know of Blaze, this is just a well made good quality little toy. This is really easy to use and being made by Fisher Price it has the hardy long lasting feel to it which is a relief when it spends a lot of time crashing. Although this is pretty small, it's perfect for taking out as it is pretty compact and ideal for little ones to carry and control. Ours has had lots of tumbles off the sofa, crashes into skirting boards and all sorts, yet he is totally unscathed and good as new. 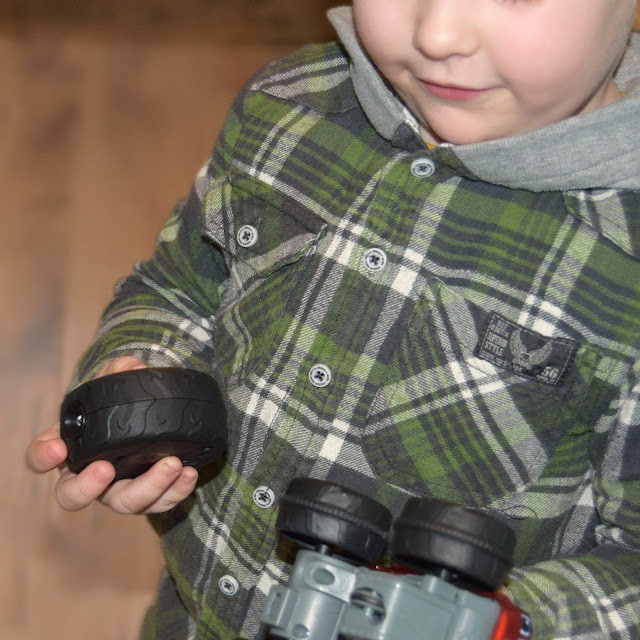 We give this Fisher Price RC Blaze a big thumbs up and we can't wait to see the rest of the range.

Disclosure: We were sent this toy for an honest review, all images, words and thoughts are our own.