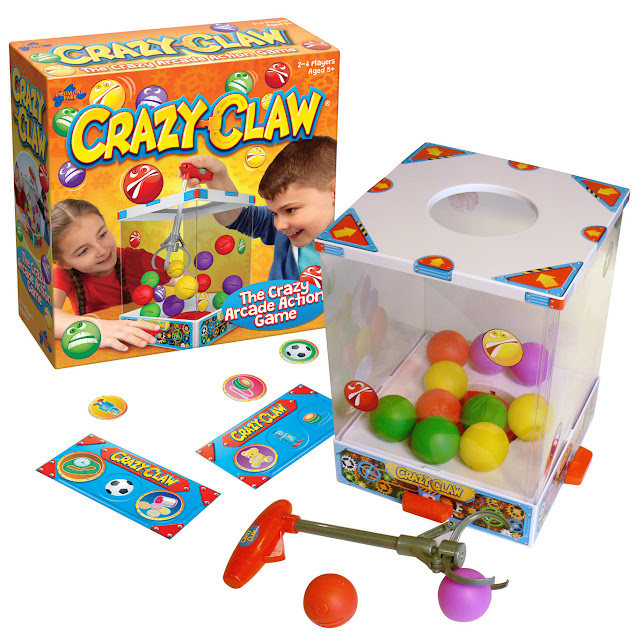 Getting our crazy on...

This week our growing collection of family games gained a brand new addition in the form of 'Crazy Claw', a bonkers game from Drumond Park, aimed at ages 5 and up. This game mimics an arcade claw game and is really something different, perfect for our family and easy to adapt for all ages.

The game comes stored in a small, regular size game box and builds into a little plastic cabinet for the game to begin. This arrived while Alf was at school and Soph was super excited to get it set up. At nearly three she is under the recommended age but obviously hooked in by the bright colours and fun look of the game so we soon opened it up and got started. 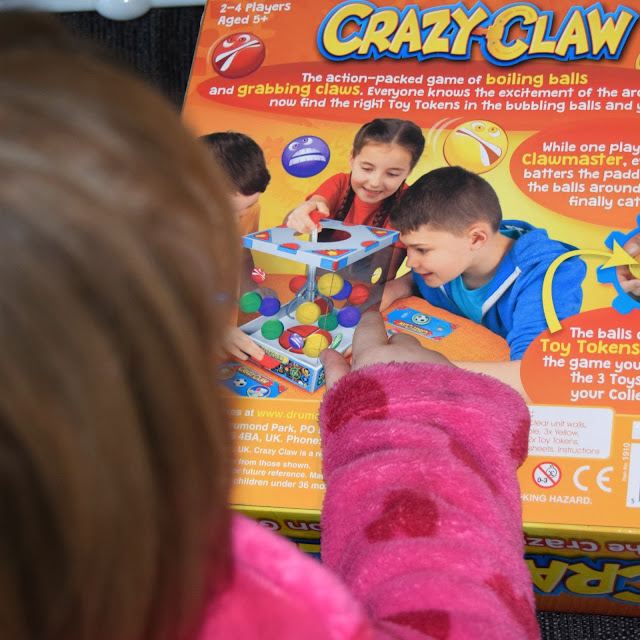 Inside the box you will find the plastic base with built in paddles for bouncing the balls, the plastic 'window' section that is one single fold out piece, the lid with a hole in for the claw to get in... 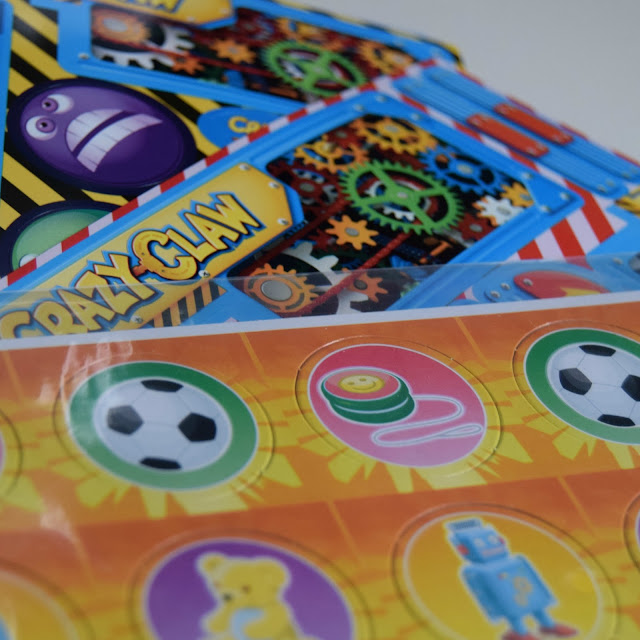 There is also the crazy claw itself, a small plastic, super easy to use grabber, controlled with a simple to squeeze leaver. This was perfect for little hands as well as my own, so good for all ages with a little practise. 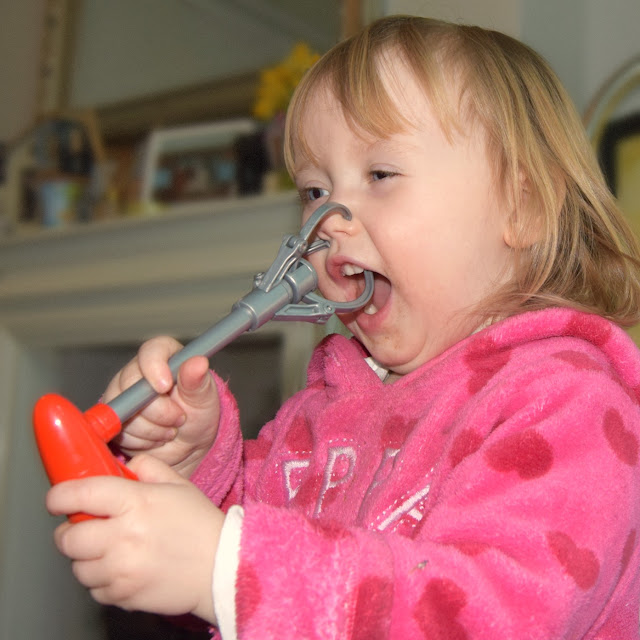 The game itself has game cards for each player to choose. The player that collects their images first wins. The images are of toys similar to those you could win in a real arcade such as a cuddly toy, yo yo and football. 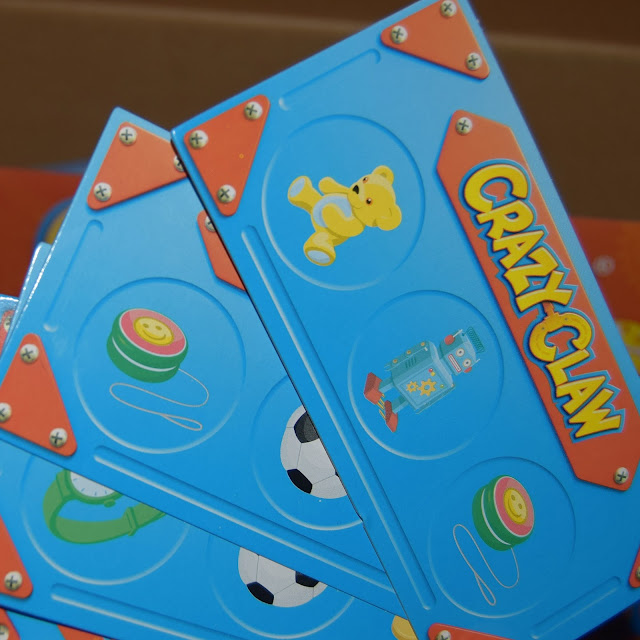 The game has a selection of brightly coloured balls, each with a cartoon face on, that opens to reveal the 'prize'.  My first thought was that this could easily be adapted with sweets or real gifts as an alternate party game! 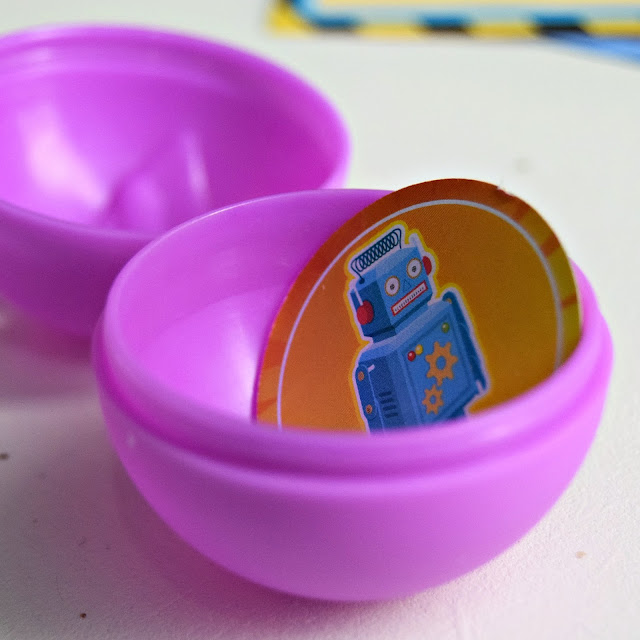 The players take it in turns to try and grab a ball while the other players pat the paddles like mad to make the balls jump around. The balls are fairly easy to pick up so the more players the better! If someone puts a 'toy' back that you need for your card, you need to try and remember which one it was, which is simple until the balls start bouncing around all over the place. 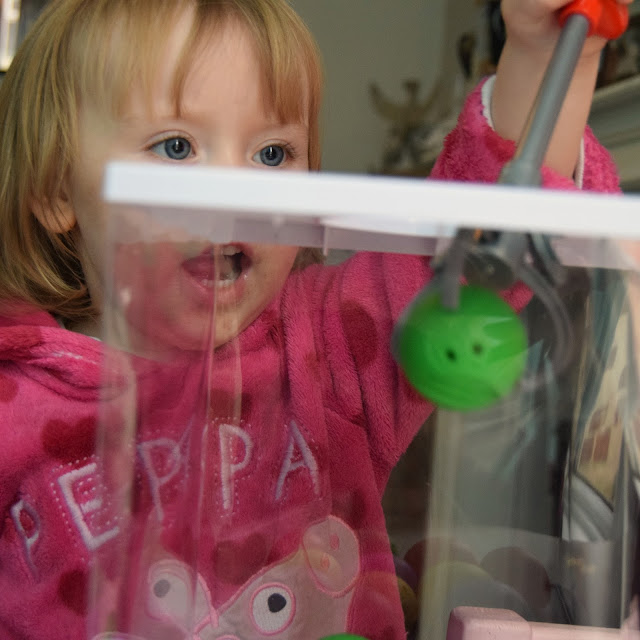 If you pick a ball with a picture you don't need for your game card, the ball goes back in the box and if it's one you do need you pop the empty ball back too, so there is every chance of picking an empty ball and them all getting muddled up as they bounce around. Alf was super excited when he got back from school and saw this and I know it will be a game that comes out a lot in years to come. 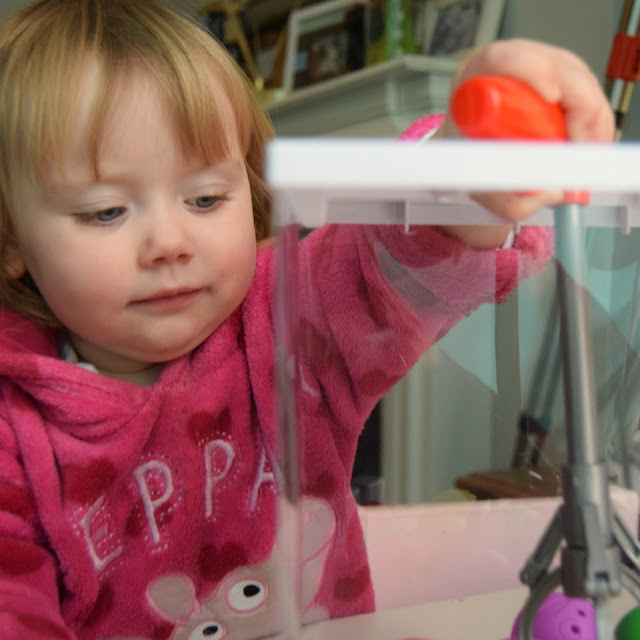 We have really really enjoyed playing this game today, it's totally different to anything we have played before and lots of fun. I love the idea of having the mystery prizes in the ball, it's great for all ages, super easy to adapt for younger players like all Drumond Park games, but this one is really nice and simple so Soph and Alf are both able to play this together at nearly 3 and 5 years of age.

My only qualms were that I would have quite liked a couple of spares in case we lost a ball or something. The stickers have to be added which I actually quite enjoy but they are super sticky and pretty hard to stick well around the paddles and very unforgiving. My tip would be to do this calmly without a toddler in tow! I found it a little hard to set up initially and slot the plastic part into place but it does get easier each time you do it. 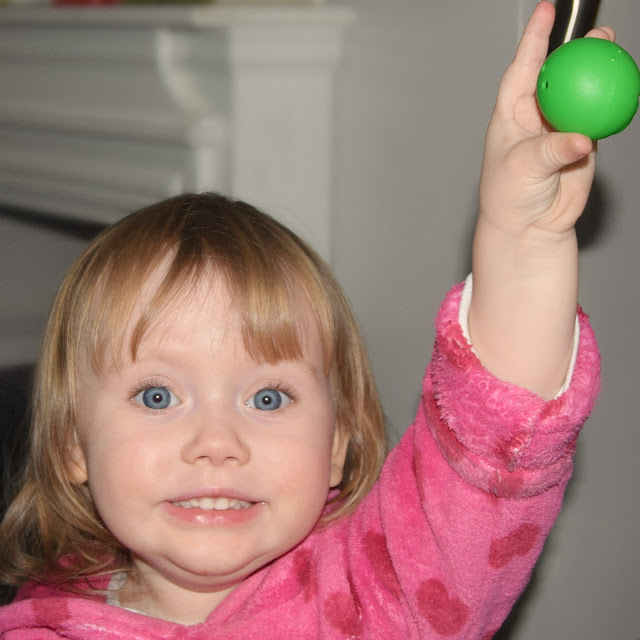 The game really is fun, with an RRP of £22.99 I think it is a great buy, perfect for all year round fun, really robust and although it's simple to play, I don't think it would ever get old! Crazy Claw is a must have for any family that love games, it would make an amazing gift and would be so easy to adapt for all kinds of fun. We've loved Crazy Claw so far and have another one to give away. If you'd like to be in with a chance of winning your very own game, please enter via the Gleam app below this post.

We were sent this game as part of the Drumond Park reviewer panel, all thoughts and words are my own. Contains Amazon affiliate link. Giveaway UK only. Giveaway listed on Loquax