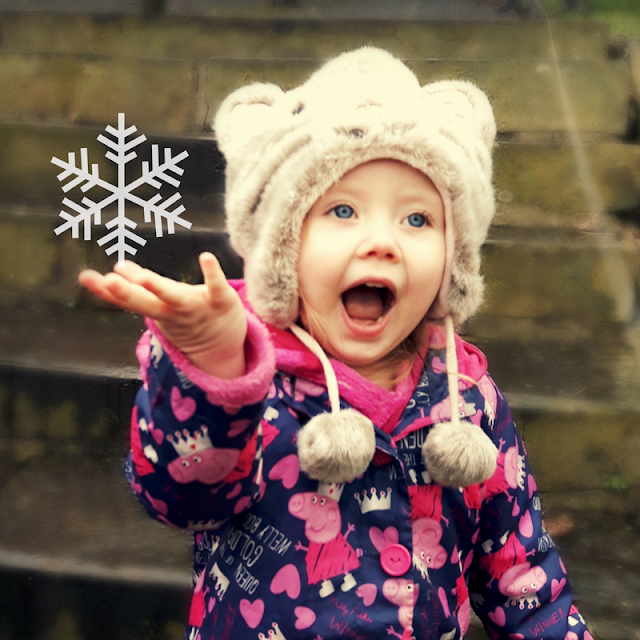 
The last time it properly snowed here, as in full white thick fluffy snowman building sledging snow, Alf was a baby. He turns six this year!

Needless to say he doesn't remember the super snowy time, though it has snowed a little since it's never come to much more than looking like a fag ash favoured slush puppy thrown on the doorstep. As much as I am not a huge fan of being cold or hot (call me Goldilocks), I am desperate for some serious snow action for the kids to make some memories with. This week is half term so it really would be a good time, thank you please.

It sarted snowing today and it appeared to be coming thick and fast but lasted all of two minutes before fizzling out to nothing again. We took our beloved pig (dog) out for a walk and it started to come down in those super soft giant fluffy flakes - perfect! Soph was so happy, she squealed with delight as she tried to catch snowflakes in her mouth and on her hands. 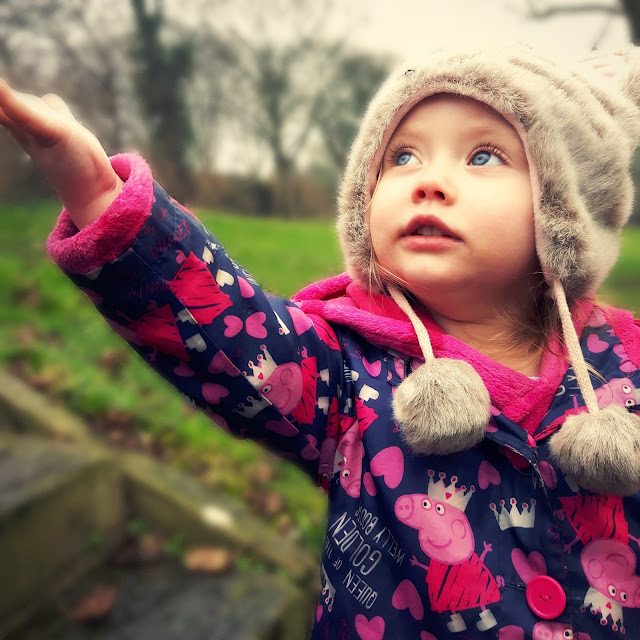 Although it didn't come to much (you can't even tell it's snowing/has snowed in the pictures!), There was just enough to make a few snowballs for Soph to throw at me and the pig who loves crushing them with her nose!

Best of all, we managed to collect a little more snow for Soph to make her first EVER snowman. As a little girl obsessed with Frozen, you can imagine just how much this was rated highly on her to do list and just made her absolutely thrilled to bits. He stood all of two inches high, he had twig arms, a little broken bit of red brick for his nose and what I think was just good old dirt for eyes. Isn't he a gem? 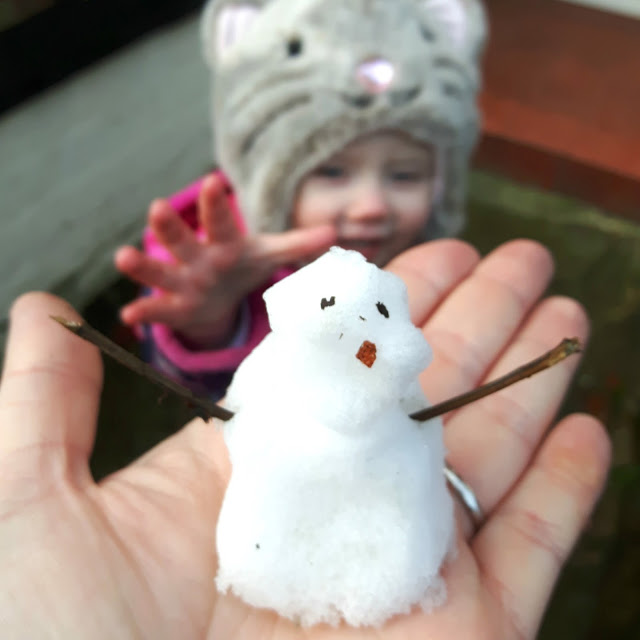 So that was Soph's first real, but not long lasting experience of snow. I can't wait to see her face if we actually wake up to proper white blanket weather, we will see! When it does, I'm going to wake her up singing 'do you wanna build a snowmaaaaannnn' because I am a giant child!

Oh, and if you're wondering what happened to her little snowman, she got upset that she wasn't allowed to bring him in the warm, threw him at the floor and the dog ate him!

Have you had much snow yet where you are?