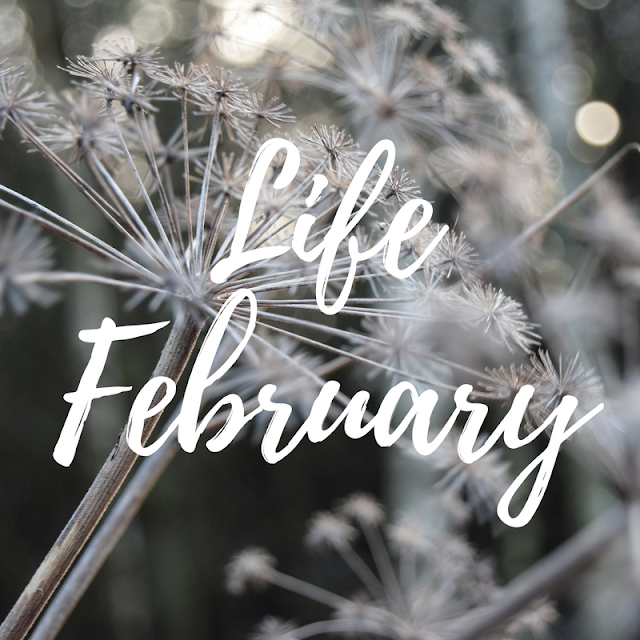 February has been a mixed bag, with a busy half term, sick bugs all round and a big dose of cold that can just about do one right now! We have ended the month on a high though, with a couple of snowy days that have absolutely delighted the kids who have never really seen much snow before. Alf was just a baby last time it was this heavy and Soph has only ever seen a bit of a light dusting last winter, so it's been lovely seeing them so happy and having fun.

We didn't do a great deal at half term, but it was nice spending time with the kids, enjoying some treats and not having the dreaded school run to battle with each day. Healthy eating kind of went out the window with our giant freak shake treat at the gelato place in town, one too many MacDonald's and a pizza/movie night. So worth it though!

Blog wise, things have been a bit strange this month. My DA score has crashed which apparently could just be a blip as nobody can see any reason for it, which in turn has affected the work coming in as a lot of that comes down to having a good score unfortunately. I have secured some amazing review opportunities though for this year, starting with an Epson printer which will be great for selling my Etsy prints. Talking of Etsy, I opened my shop but haven't really promoted it yet as I feel it's such a niche style that I need to at least cover a few more genres of image content to perhaps sell some. I'm working on uploading some new pictures, so it should be ready to promote a bit heavier soon. 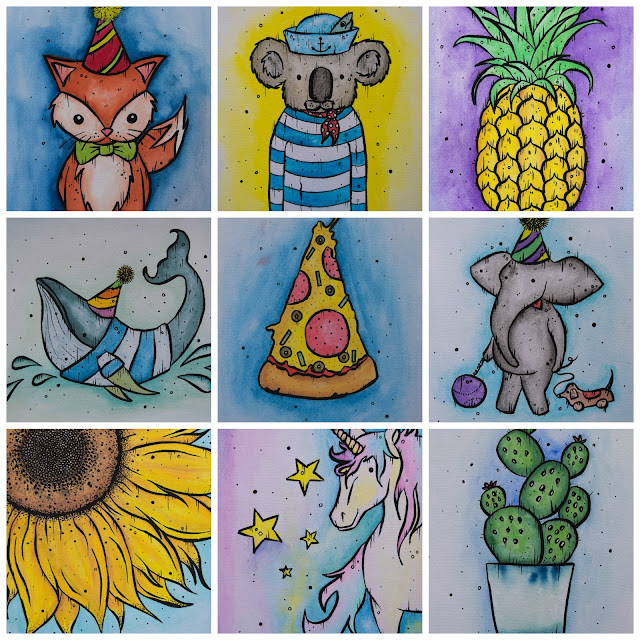 I've stayed pretty positive this month despite the blog changes, but I am trying to get myself a little more organised as I can feel things slipping slightly and I've suddenly got really organised with house stuff too. I've been keeping up with things like washing, washing up and tidying and it's felt so much calmer being at home. 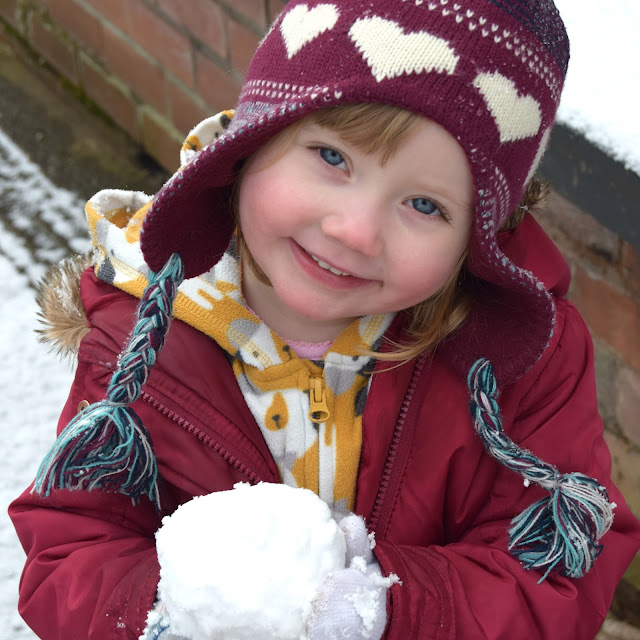 THINGS I ENJOYED IN February

Wearing - February has been freezing and raining pretty much every day! For that reason, I've not got much to share picture wise other than bobble hats and rain coats - exciting huh? I have been shopping for a few things this week and have noticed a new love of green/mint green, moving on from my mustard favourites.

I've treated myself to a few new favourites such as the good vibes jumper in the second picture and cactus teeshirt/cardi in the centre. I've lived in my Primark bobble hats, invested in some vintage costume jewellery (necklaces) and genuinely feel really happy with my wardrobe at the moment. After years of wondering what the hell I want to wear, I think I've sussed it. 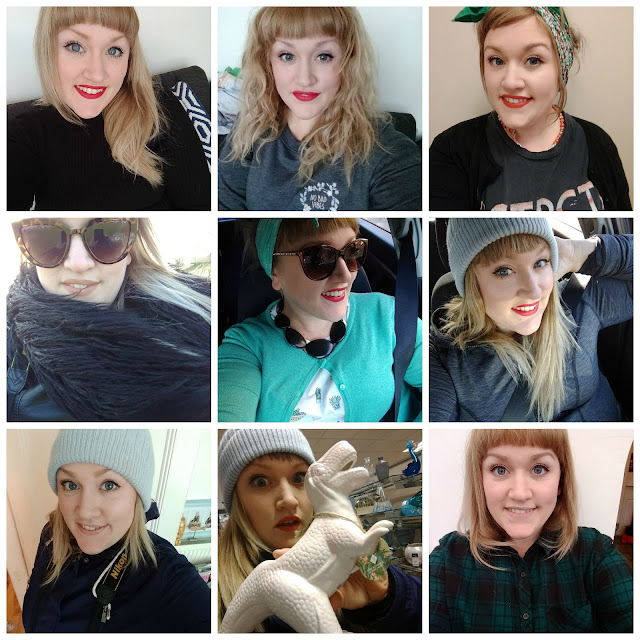 Food & Drink - I've had good weeks and bad when it comes to healthy eating. I have lost pounds and inches but have also enjoyed our home made pizzas, those half term treats and everything in between. I've been a little obsessed with Robinson's lemon squash as well as Coke Zero and food/snack wise my favourites have been fried egg on toast (classic) and chocolate peanuts - why are they so tasty?!

Watched - There's been a bit more to watch in Feb, with the new series of The Voice, First Dates, Eastenders with it's annoyingly never ending and frustrating story lines, to re-watching the IT crowd from the start. We've had no cinema trips this month (sob) and haven't watched many movies really except for kids films like Hotel Transylvania which is the kids current favourite and Moana on loop!

Disliked - This month I've really suffered with my mental health again and I've found it really bringing me down. I have noticed a pattern though with my monthly cycle, so I'm armed with details to see my GP and see what I can do about it. That has been a low area this month and something yet again I have to say I've disliked. I do feel on top of it though and I will win. 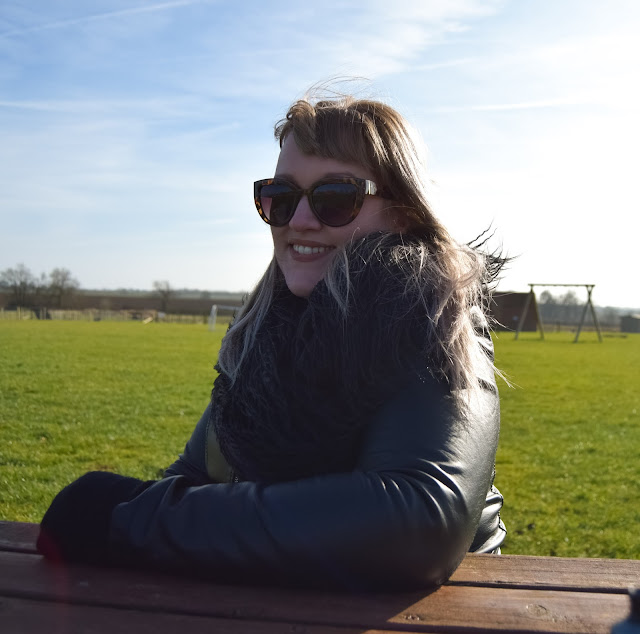 Loved - There's a few for this one this month. I've loved seeing Sophie experience her firsts (as above) with her gorgeous new hair cut and snow fun. I've also loved my new purchases and feeling like I have my style back again, even if it's really hard to show in pictures because I'm still feeling a bit bleh about selfies showing more than head and shoulders. I've loved sorting the house and feeling in control, when I quite easily could have let things spiral and gone the other way. I've loved listening to music on the school run (not with kids, on the way to fetch them only) and I even dug out our old personal CD player because I'm that modern and cool that I can't even be doing with the effort of trying to get music on my phone! Having music on the way to school really eases my anxiety, I'm so much worse when I'm by myself so it just takes the edge off and puts a little spring in my step. I just have to remember to not sing along!

Most popular blog posts - My most popular posts in February have been my Mother's Day gift guide, as well as my trainer shopping inspo post for Spring.

Favourite Photo - It's got to be this one of my lot on a family day out. I wish we could do this more! 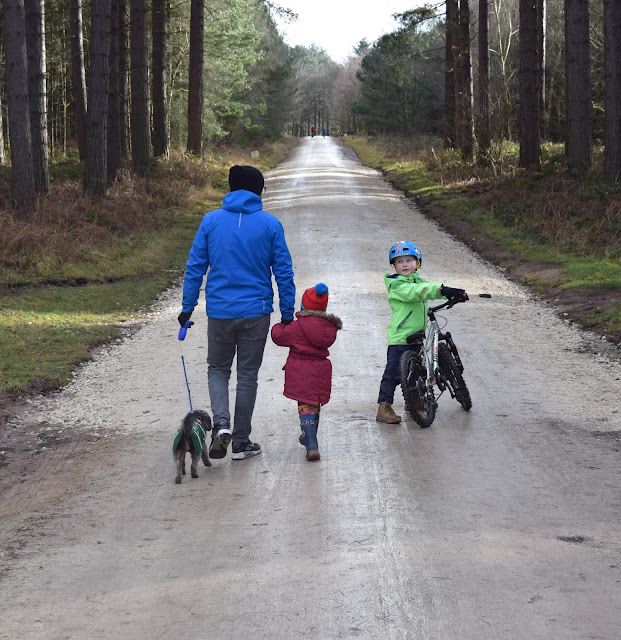