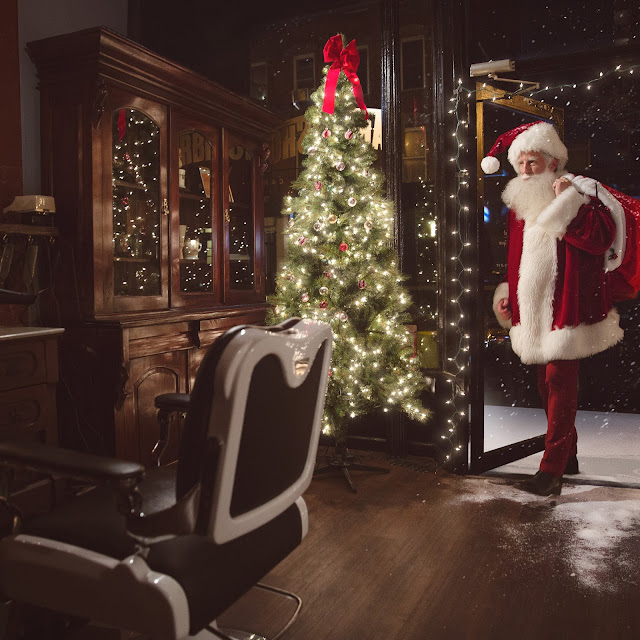 As you know, I am a huge beard fan, but I know so many (strange, strange) women who much prefer the baby face clean cut look. I wonder what the majority think and does the fact that it's Christmas make a difference?

Braun recently did some research into men's grooming habits in the festive season and also shared what women really think about their partners and their facial hair/grooming habits. The new study of 2,000 Brits commissioned by their male grooming range Braun CruZer6, reveals that the seasonal festivities come with the added pressure of not only buying the right gifts like the best electric shavers, but also looking better than ever. It looks like we all have lots to do this season! 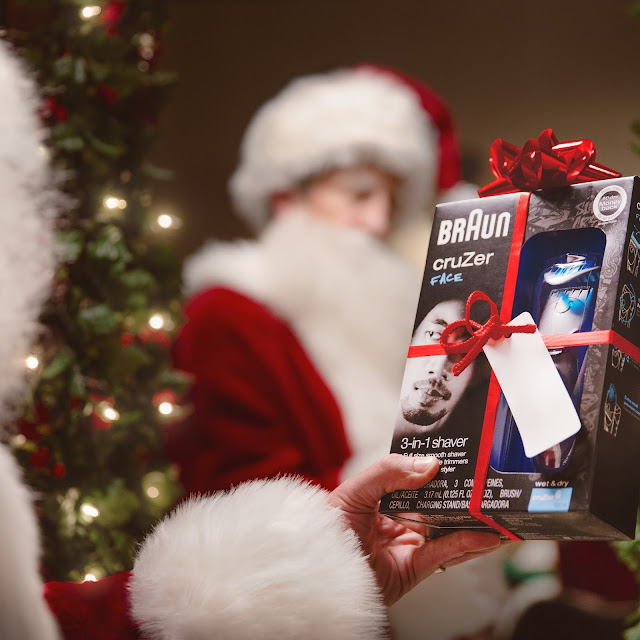 Whether it’s for partners, parents, the in-laws or old friends, the survey reports that Christmas Eve is the date when British men are most inclined to style their facial hair (67%). The post Christmas holiday doesn’t mark the end of men’s ramped up grooming routines though, in fact it’s an excuse for experimentation for a fifth of men who said that being off work during the festive break is the perfect excuse for them to test out a new beard style, whilst 11% quit their grooming altogether - all hail the holiday beard! Well somebody has to play Santa don't they?

Also, a whopping 42% of British men stated they are planning on spending even more time on their grooming routine in 2016 than in 2015. If the man in your life is included in that number, then they would love the CruZer range that we have recently reviewed. This increase in regime might well be down to a desire to get lucky under the mistletoe as the women that they questioned gave these results; 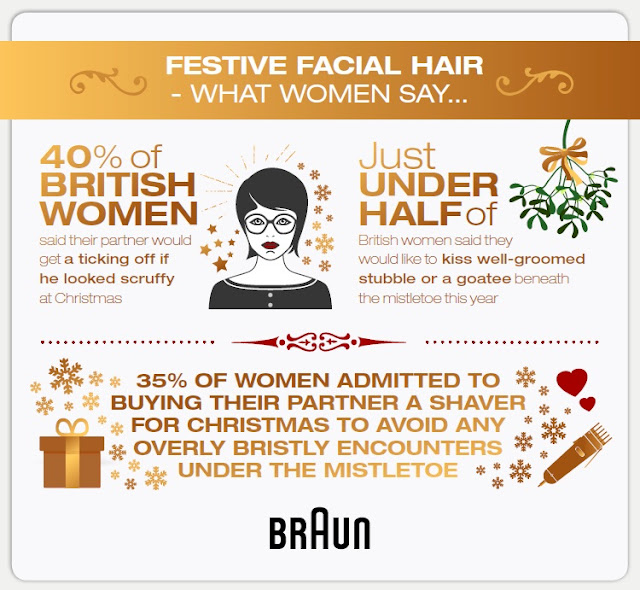 As for me I'd opt for a big bushy Santa beard over a goat's any day of the week and luckily for me Mr. Waffle needs no encouragement to keep hiss beard looking tidy, though indeed big and bushy at times! I would always consider a razor for a gift if he needed one, but never for my benefit, it's his face after all!

As well as the research, Braun have managed to get none other than the big guy himself to try out their razor, who better? The most famous beard in the world gets a re-style and in case you miss him on Christmas Eve, I have the exclusive pictures right here! Check him out. He's a lot younger and more dashing than I thought, it's so funny - what a handsome guy... I do love his traditional beard though (if you hadb't already guessed!), so maybe just a quick neaten up next time Santa! What do you think? We reviewed the same razor recently too, but without quite so much of a dramatic makeover! 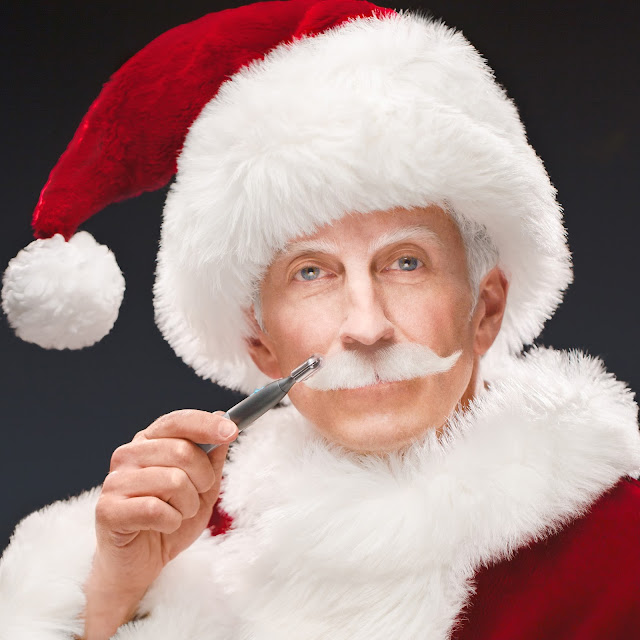 Are you a beard fan? Would you buy a razor to avoid those prickly kisses or embrace the man fur in all it's glory under the mistletoe this year?
Thanks for reading, 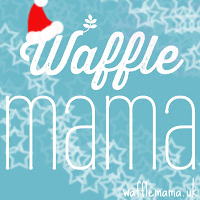