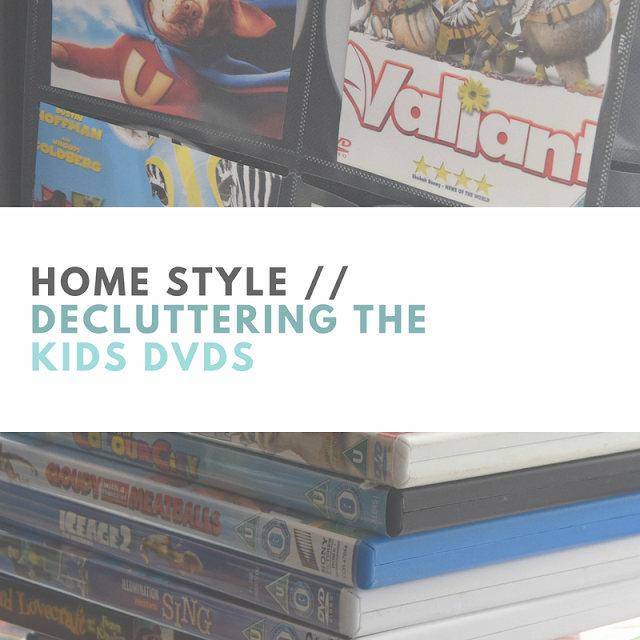 We've always had piles of DVDs as film fans, but now we have kids too our collection has grown massively, resulting in their very own DVD shelving unit in their playroom. Firstly, I hate the shelves we got, they're cheap, nasty and don't match anything. Secondly, I've realised how much I hate seeing racks of DVD boxes, so they needed to go. 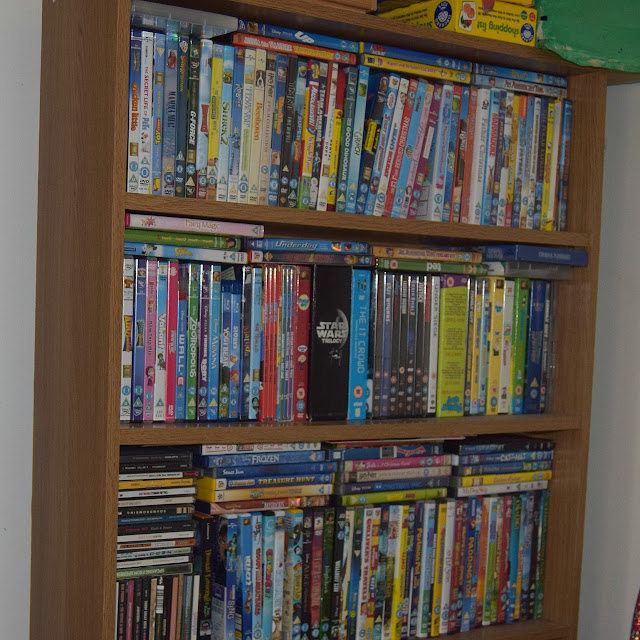 I love films, but looking at lines of DVDs on shelves doesn't have the same nice feeling as looking at books, trinkets or whatever else we tend to shelve. I looked at ways to store them, putting them in a chest of drawers instead perhaps, but I could imagine the mayhem when the kids jumble them up, leave the drawer constantly open with DVDs spilling out, so I had a re-think. 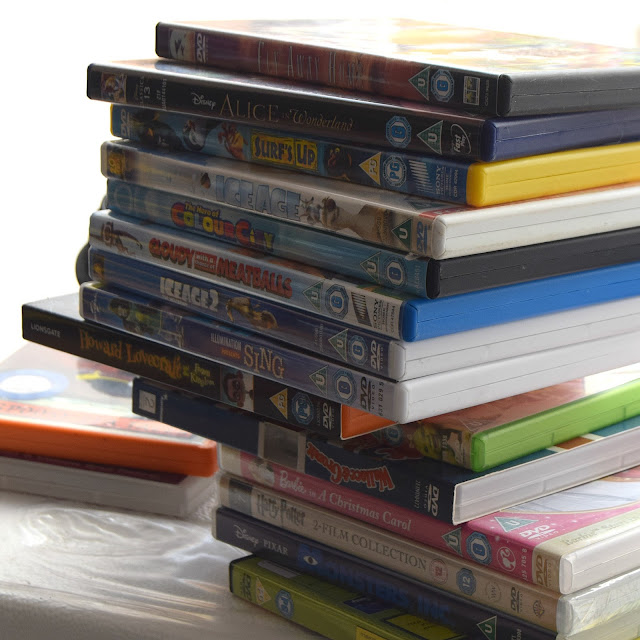 I remembered a friend saying ages ago that she had ditched CD boxes and instead put all the CDs in a zip up file, taking up just a few inches of space as opposed to whole racks. Genius! We already do this with our CDs for the car, so I have no idea why I've put up with all the DVDs for so long. 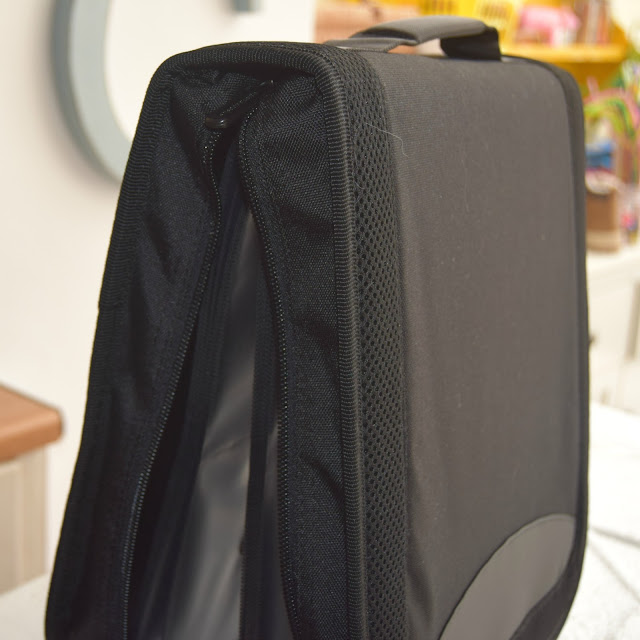 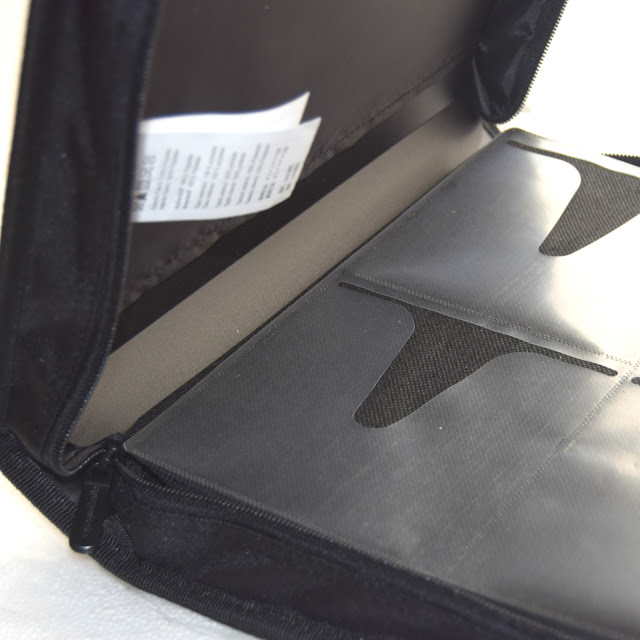 I went straight to Amazon and purchased a small ish folder to try out, which holds 128 DVDs. I wasn't sure how many the kids had, but I knew we had a fair few films that could go to the charity shop anyway, as well as heaps of episode discs of things like Peppa Pig that we'd never watch now we have Netflix, so hoped the rest would more or less fit. I was under strict instructions from Adam not to touch his films, so those remain neatly shelved, but behind a door so they are out of sight. I do imagine though, that having seen how much extra space just moving the kids films to a folder has made, that he may give in eventually and let me put at least some of the less special films in their own folder. Fingers crossed.


I got to work emptying the DVDs from their cases and soon realised (with a prompt from Alf) that some discs don't have big obvious pictures on, but instead have small text round the outside, meaning Soph wouldn't know what film it was as she can't yet read. With this in mind, I decided to cut a large chunk from the DVD sleeve, showing the title and obvious illustration so that she could instantly recognise the films when deciding what to watch. 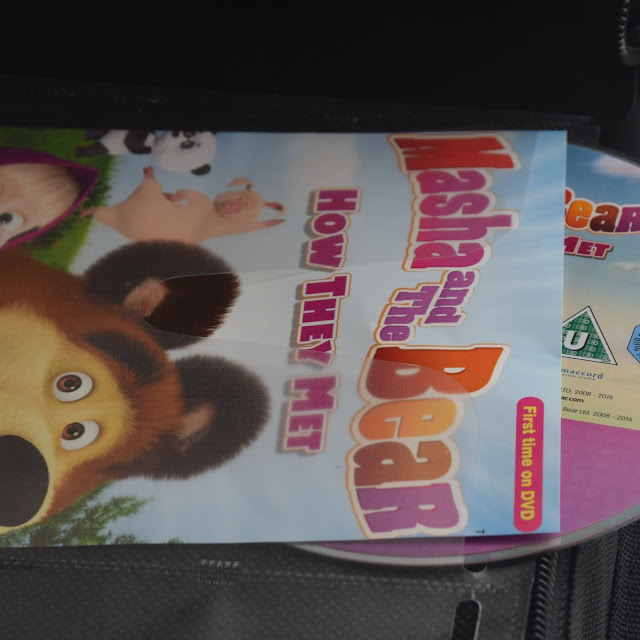 Instead, we've put them in groups with things like TV series/multiple episodes, real life films i.e not animated, and cartoon/animated films. It's still easy enough to find a film and actually a lot nicer and easier to flick through a folder than look at them all boxed on the shelf. (Picture below isn't in the right order, it's just to show them in the folder!)

I can't believe how much difference this has made to the room and it's meant that I could get rid of the nasty shelves and have space for our old bureau which we are in the midst of doing up. We had far too much furniture in the room before and although there is still a lot more to sort out, this is a big relief for me and the kids much prefer them stored this way. 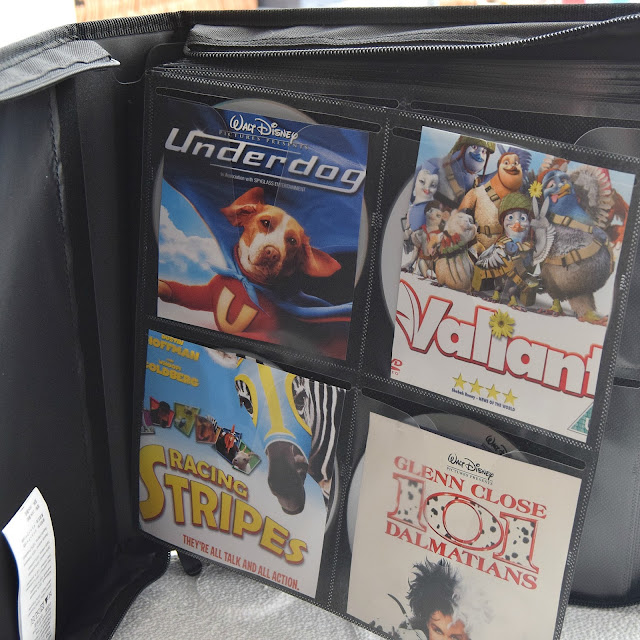 Someone asked what I would do when i came to sell/donate them? My response was basically that when/if that time comes, I'll pass them on in a folder to someone else. Perhaps the school or someone with a young child that won't mind the lack of cases. I also got asked what I'd do with the boxes. We found a charity shop that sells empty cases and took most there, along with all the films we didn't like or the kids had grown out of. If you didn't want to get rid of them, you could always store them bagged in the loft or garage. 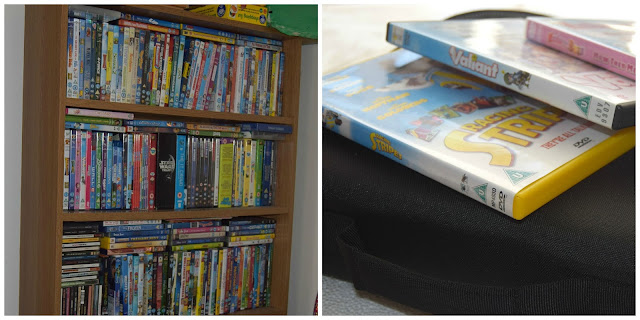 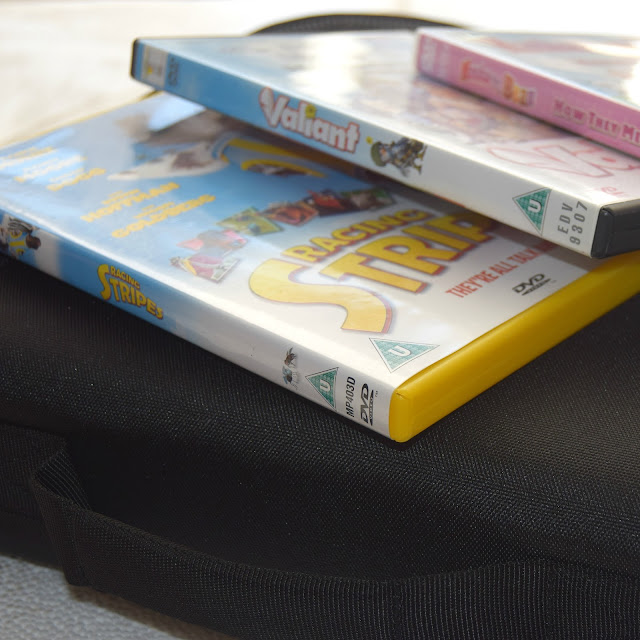 I got this case from Amazon (affiliate link below), it was really reasonably priced and comes in a bigger size too storing around 400. I can't wait to find other ways to declutter like this and see how much room we can save. Next stop - shoes and kids books!

Here's our corner now looking much neater now with our bureau! We now have actual storage we can use, with the DVDs neatly fitting down the side of the sofa or in a small drawer. 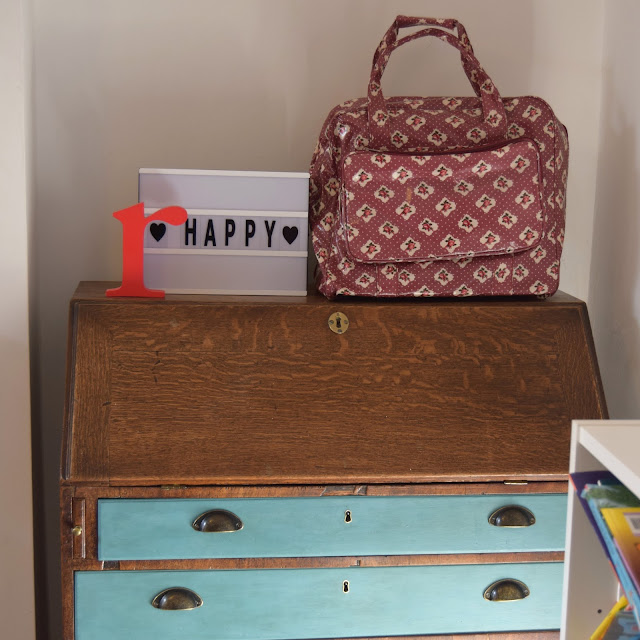 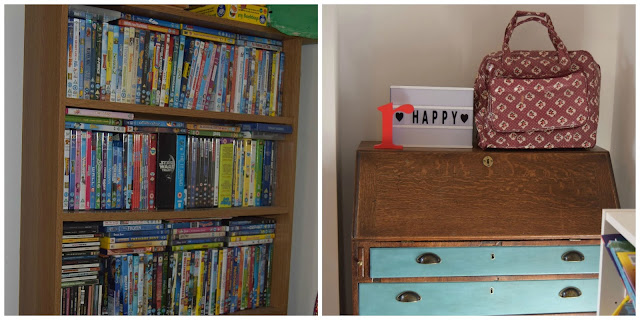 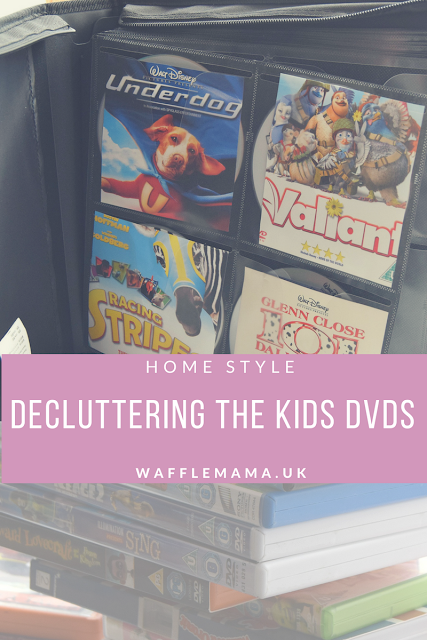