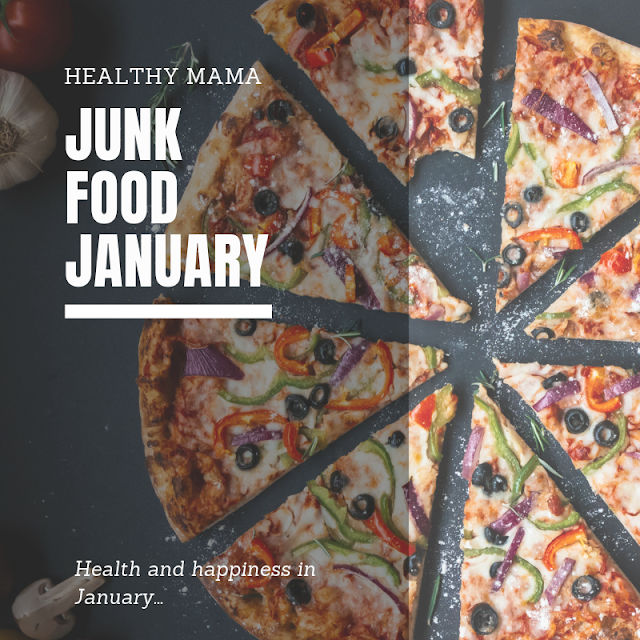 If I've learnt one thing from trying to get healthier, it's that by restricting myself or making certain foods out of bounds, I very quickly get crazy cravings and end up in a whopping binge falling spectacularly off the diet waggon with a big old bang. I wasn't planning a diet in January, just really to try and be a bit more conscious of my food choices, do a bit more planning and have no takeaways through January. Although I have lost a few pounds, we lasted just a week without a takeaway or going out to buy waffle  mix and honestly I think if I hadn't told myself I couldn't have it, I wouldn't have wanted it so much.

For the rest of January we had a few junk meals, the cravings for Christmas chocolate I was lacking in December kicked in good and proper after the new year so I've been a bit of a chocoholic this month, but that's OK. I've tried to do a lot more walking which has been successful, but I've really struggled with back pain that's so much worse in the cold so it's put me off of going back to the gym and swimming but has got me out walking more with my camera, so not all bad.

Mental health wise I've been on a bit of a roller coaster for the past few months and although I have made HUGE progress, I did have to unravel a bit to start building back up, so it's been tough but worthwhile. I'm working on some CBT at the moment and part of that is facing the things I would usually try and avoid so I have felt a bit skitty at times but proud of how far I've come.

For February, nothing is restricted, but I do really want to try and get healthier to shift some weight for my backs sake, it's so painful right now and so frustrating especially at night where I sometimes wake up in agony completely unable to move. I also need to try and get help from the doctors again without just numbing it with painkillers as that just isn't the answer any more and it feels like it's getting worse. I'm focusing really hard on looking after myself, giving myself what I need and just generally being kind as I've realised not doing this is not just affecting me, but my family, work and social life too. Onwards and upwards!