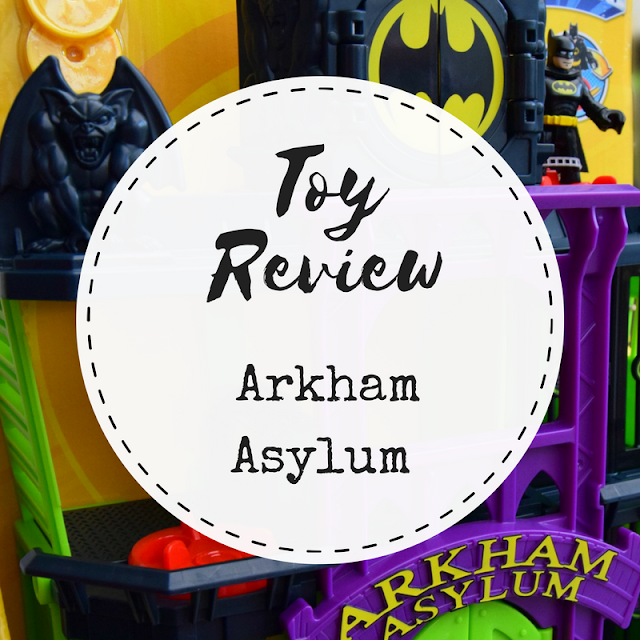 As any fan or parent of a superhero fan knows, there's some fantastic merchandise out there and best of all, some brilliant toys to recreate the fun in your very own home. 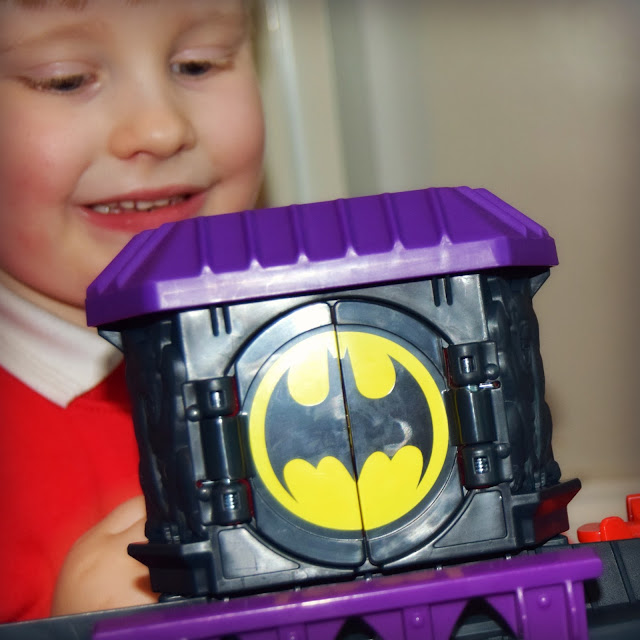 We were recently sent the Imaginext DC Super Friends Arkham Asylum set for the kids to explore and although it's quite small, it's very cool and has lots of fun little features perfect for all kinds of role play. I surprised Alf with this arrival after school and he just kept saying 'oh my god, oh my god oh MY GOOOOODDD, it's so coooool!!' over and over, so I knew it was definitely a hit straight away! Soph is new to super heroes, but was also very excited by the appearance of this new toy. 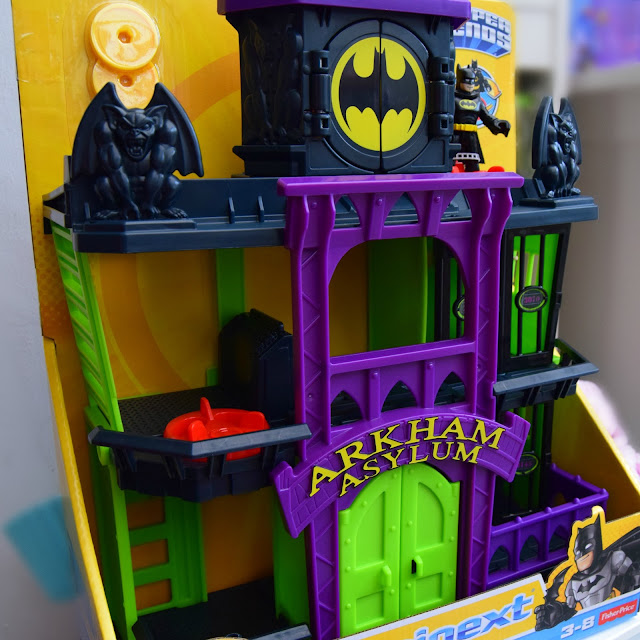 This set is aimed at ages 3 and up, though my two turn 3 and six later this year and have both really enjoyed playing with this one, so I think it's great for a wide range of ages. This set has an RRP of £36.99 and is available to buy from Smyths Toys. It's pretty versatile and gives lots of scope for all kinds of story making and play ideas.

Key Features of the Arkham Asylum 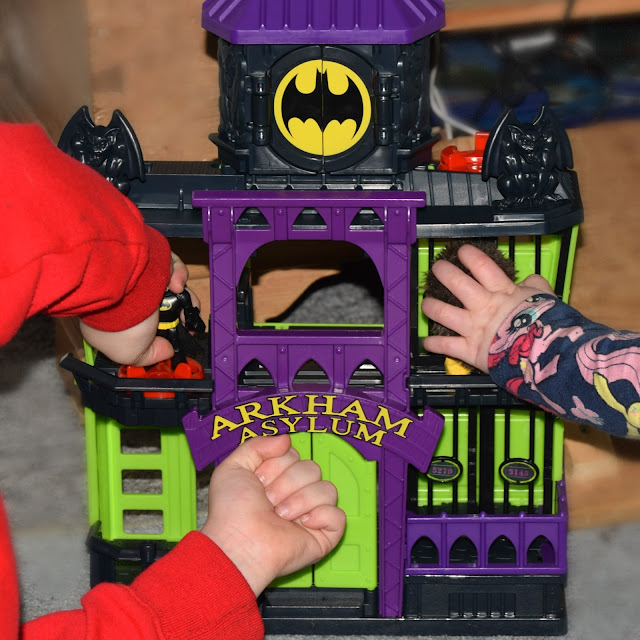 We didn't have any other superhero Imaginext figures at home, but Alf said he would like some more to use in the set which we will be getting soon. It would have been great to have a couple of figures in the set itself, especially with the prison cells being there. This didn't stop my two though, they were soon acting out battles with other small toys and locking up Soph's mini animals! Alf loved trying to knock things down with the disc launcher and firing them at his sister when she was distracted. Don't worry though, she always gets her own back! 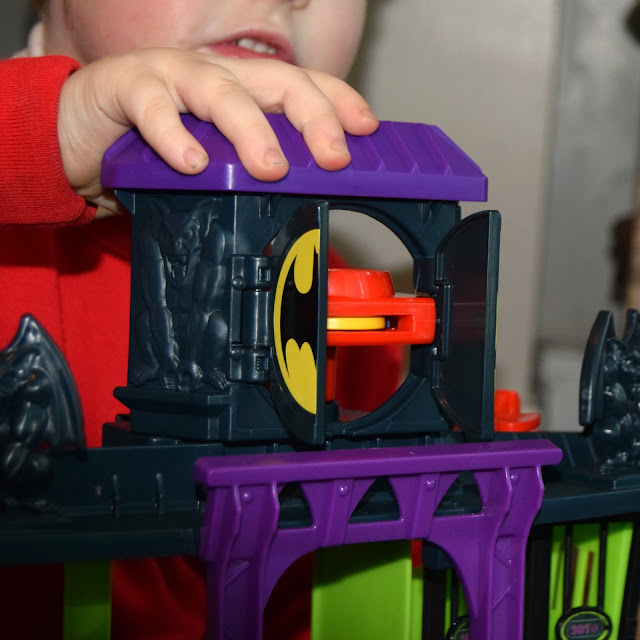 Being made by Fisher Price, this is made from that ever lasting plastic that is incredibly robust and perfect for little (but sometimes heavy!) hands to play with and control. I love all the little details like gargoyles, hiding places and ladders. 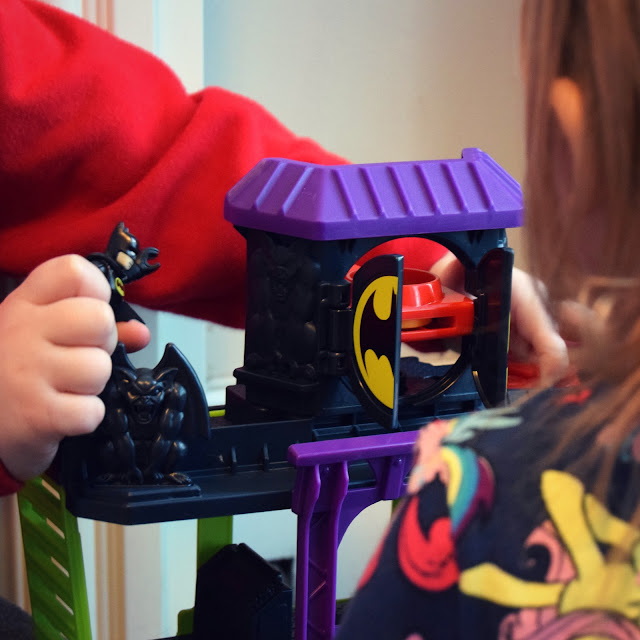 Over all this is a great toy that the kids really love. It didn't look a lot to me initially as a boring grown up, but they soon showed me all it has to offer and how versatile and fun the asylum set is to play with, so this gets a great big thumbs up from us. Alf says that this set is brilliant and he really loves it, especially the disc launcher. 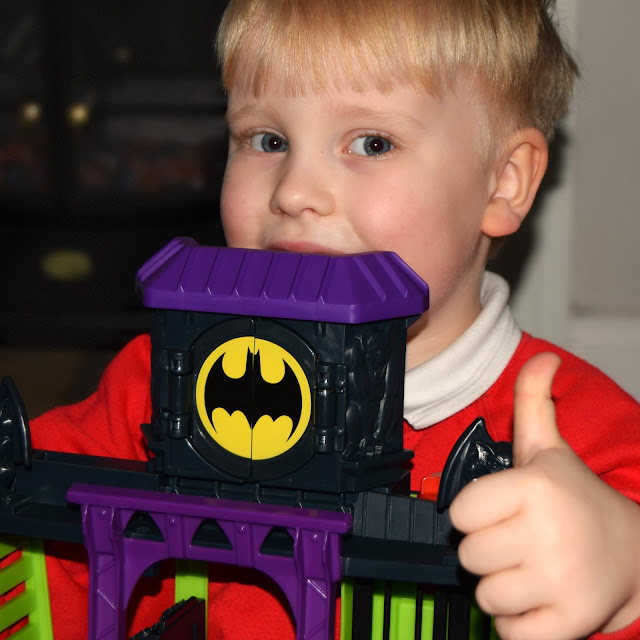 Do you have a little super hero fan at home?