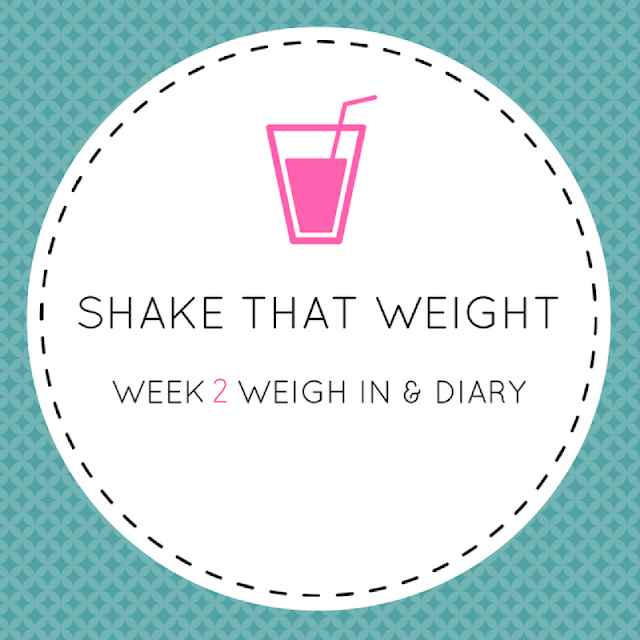 Two weeks ago I embarked on a new weight loss journey with Shake That Weight. If you missed my last two posts , you can catch them on the links below. I'm now at the end of week two which was easier than expected but stalled slightly by a bad move on my part! I'm still enjoying the meals and the ease of it all and have seen another loss this week.

So firstly, a little confession time. I decided after my first weigh in to have a cheat meal, we ordered a take out pizza and honestly I felt so awful afterwards. I couldn't eat as much as I would have before which is obviously a step forward, but I still had a fair bit which left me severely bloated and backed up (sorry!) for days. I got straight back onto the plan I'd say about 95% with a few nibbles here and there for the rest of the week. I'm trying so hard to not let old habits creep back in already and doing pretty well so far, they are exactly that, habits. 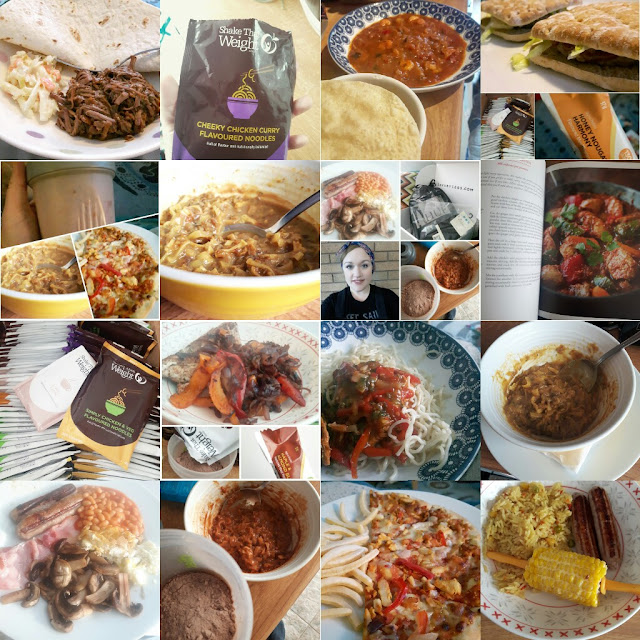 Aside from being bloated from our cheat meal, I still feel and have felt loads better in terms of energy and wellness. I think normally I must have so much sugar it just makes me feel poorly, I'm in no hurry to ever go back to that!  I've increased my water this week ten fold which has been a lot easier with this heat and even had a trip to MacDonald's where I sat and drank one of my shakes while the others had meals, that was fine too! I've enjoyed the meals and with so many options and flavours to choose from I've not got bored of them. If I want sweet there's shakes and bars, if I want savoury there's soups and noodles. I haven't yet thought 'erghhh' at the idea of a S.T.W meal and have enjoyed it. There's always the 'normal' low cal meal in the evening and I'm really not feeling hungry at all!

So you're probably wondering how much weight I lost this second week? Well, despite thinking I'd blown the whole thing getting so bloated, I weighed in to find I have lost another... 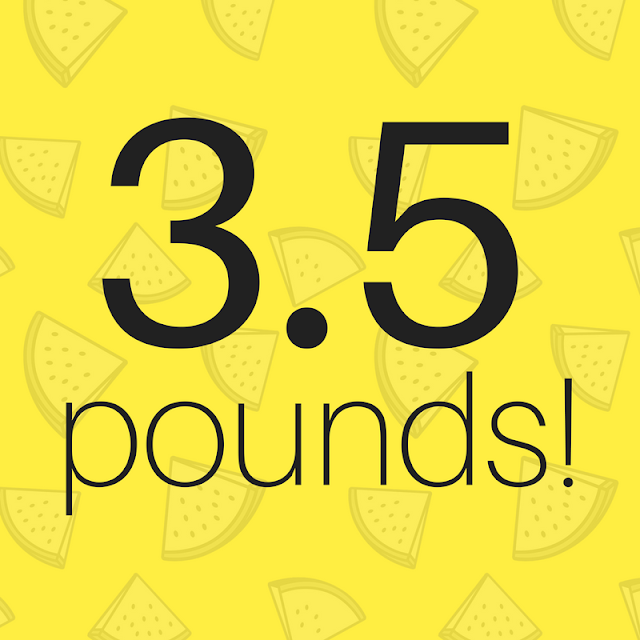 I'm really pleased as this takes my weight loss to 12 pounds in just 2 weeks. If I hadn't cheated or strayed with the odd extra snack I would have seen an even bigger loss so I'm super chuffed. Now onto week three. I'm away next week so will be skipping an update but after week four I'll write my full review.