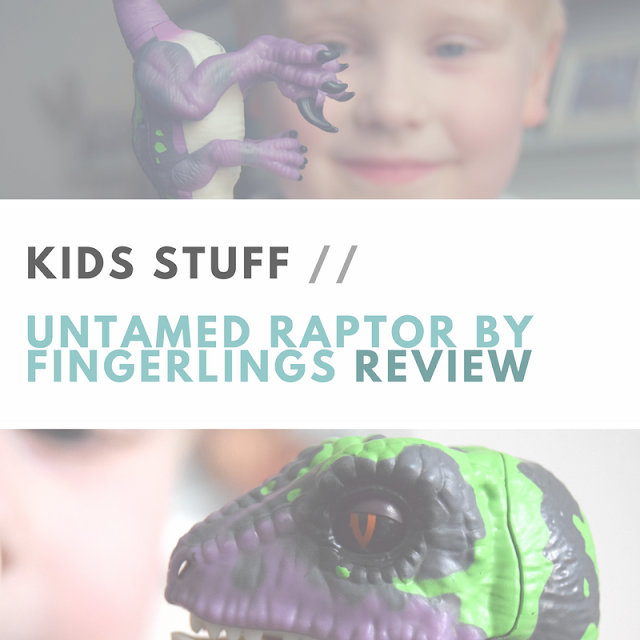 Last year, Alf spent some of his birthday money on a monkey Fingerling which to be fair has been a pretty consistent favourite since. Fingerlings are small, cute and fun, making them the perfect toys to take on days out or to keep in your handbag for distractions when heading out for meals or appointments.

We've seen a few equally cute versions of Fingerlings hit the stores, but Wowee have just introduced a new and slightly different edition called Untamed, which are raptors! We love dinosaurs, so this idea was very cool and we were excited to see what the differences would be and whether the raptors would hold the same charm and appeal as Alf's beloved monkey Fingerling. 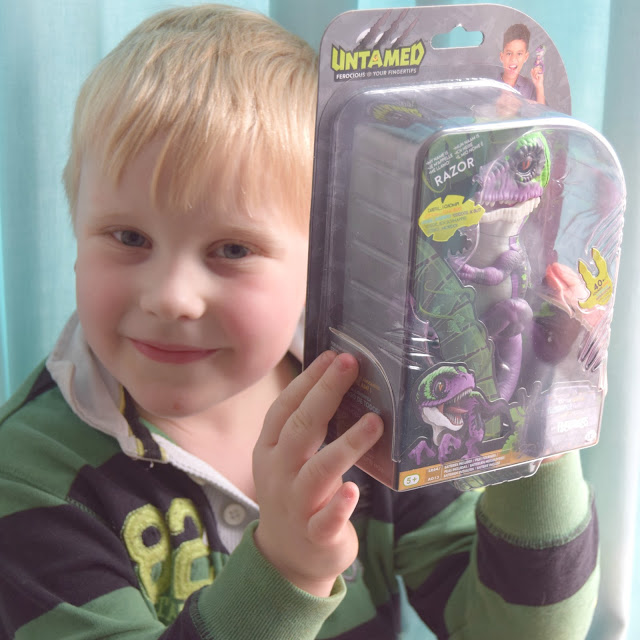 On arrival there was a LOT of excitement. The Raptors certainly look cool, they're the same ish size as the monkeys but not quite so soft to touch. They come in four designs called Razor (ours), Stealth, Blaze and Fury. These are battery operated but batteries last a LONG time in these toys and they are sturdy and really built to last. 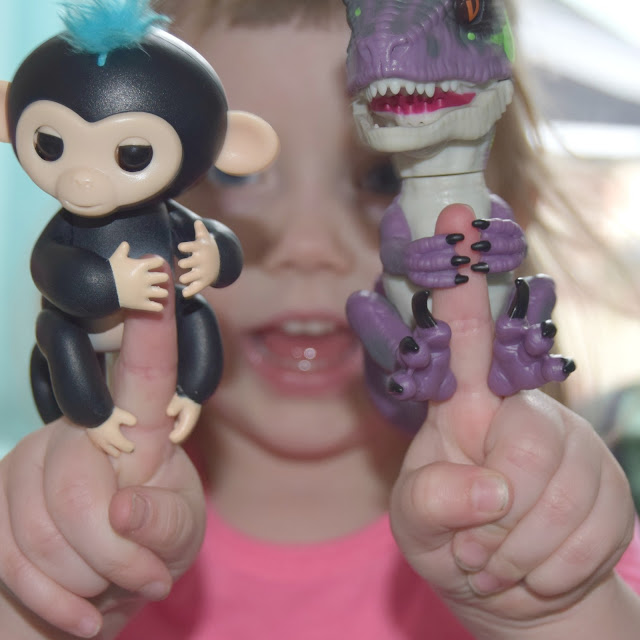 There are lots of great features with the Untamed, you get reactions from sounds and touch, with roars, snaps and over 40 sounds that are lots of fun to explore. I must admit I/we don't find the dinosaur as cute as the monkey and would have liked maybe a more baby looking dinosaur with some gentler sounds. They do feel a little more bulky to hold and aren't as smooth to hold, but they are dinosaurs so it's to be expected! The kids love it when their dinosaur farts and liked it's friendly coos and roars. You can switch them off when it's bed time and the sound isn't too loud or annoying either during play, which is always a bonus for us grown ups! 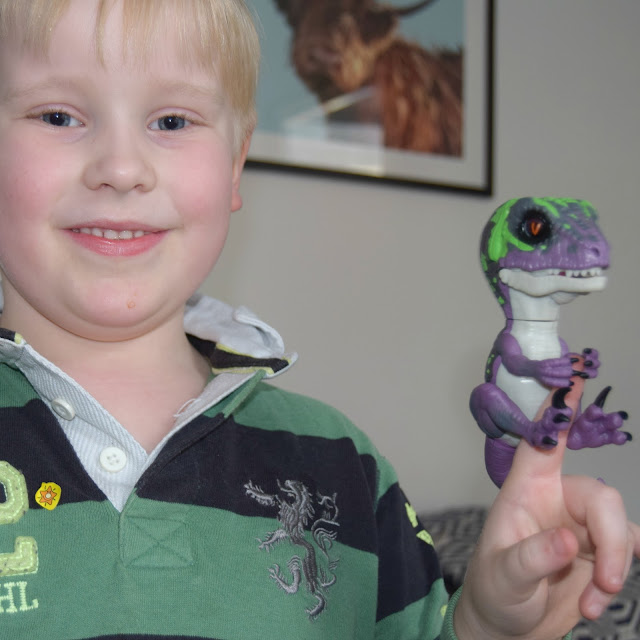 Both kids do love the Untamed Raptor, but I think the monkey will always be the favourite. They love playing with both at once and hooking their tails together. The sounds are quite different to each other but they are both fun in their own ways. We found the dinosaur harder to 'use' and Alf's feedback was that it's not as easy to hold in his hands and control. Alf is six and these are aimed at 5 and up. Soph is nearly four and I think has enjoyed this a lot more than her big brother which came as a surprise,  though suitable for their personalities. 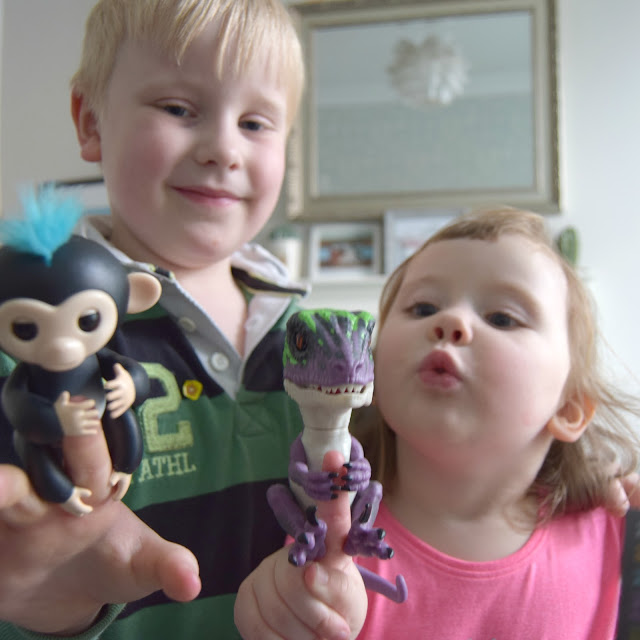 I love that you can just take these out the packet and play, you don't need to be skilled in any way and every kid will find their own unique way of enjoying these toys and having fun. Like the monkeys, the hooked tail and limbs make it easy to hang or attach the toy to things in their bedroom or even hang from each other. 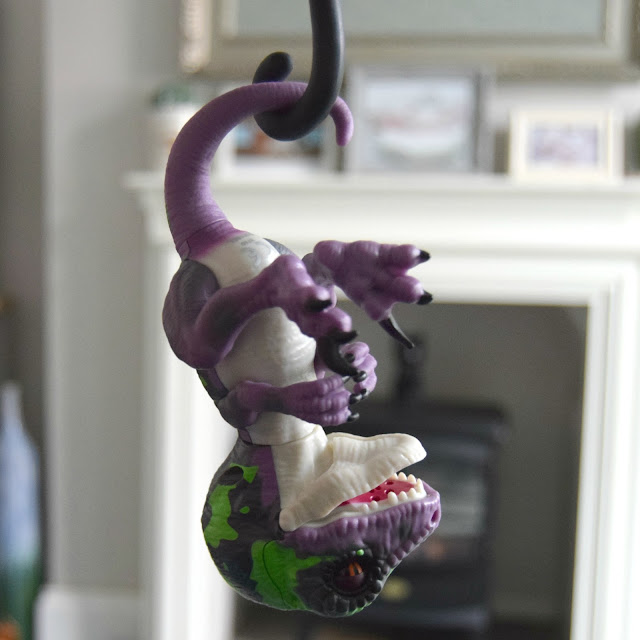 My two have enjoyed playing with Razor and he will no doubt be another firm favourite. Our cat also enjoyed our Untamed raptor! 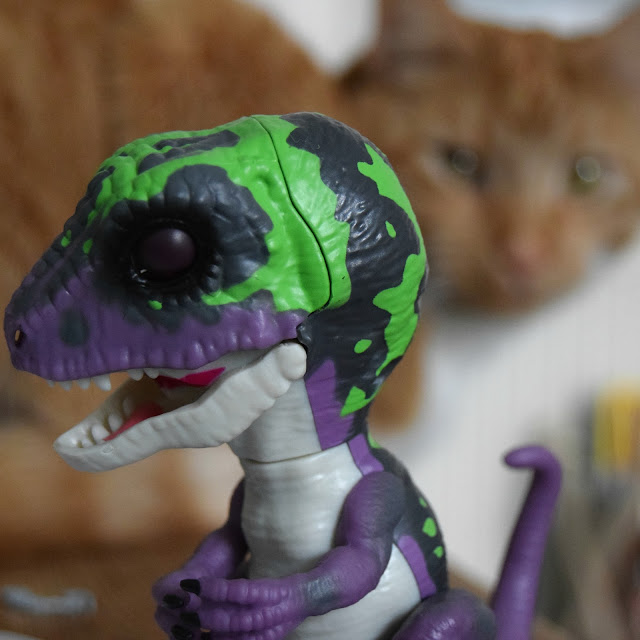 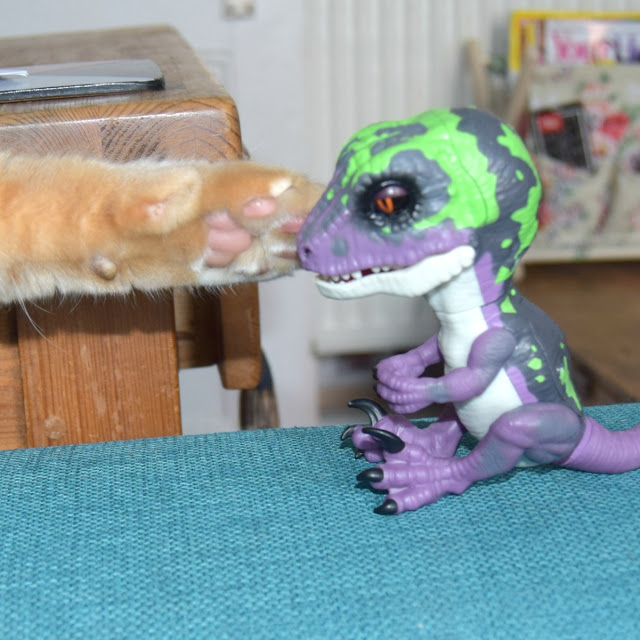 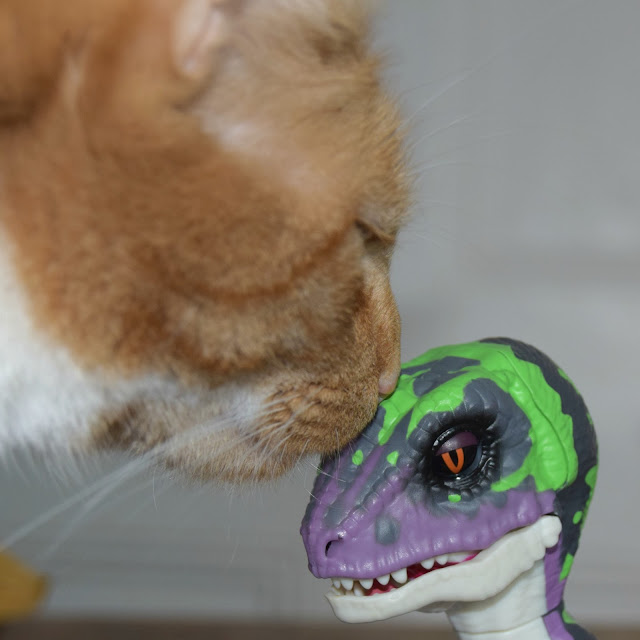 The new Untamed range hit the shops at the end of March, so if you have any dino fans with a birthday coming up, this would be the perfect treat at just £16.99, with four different ones to collect. You will find these raptors right now at Smyths toy stores, The Entertainer and Argos. 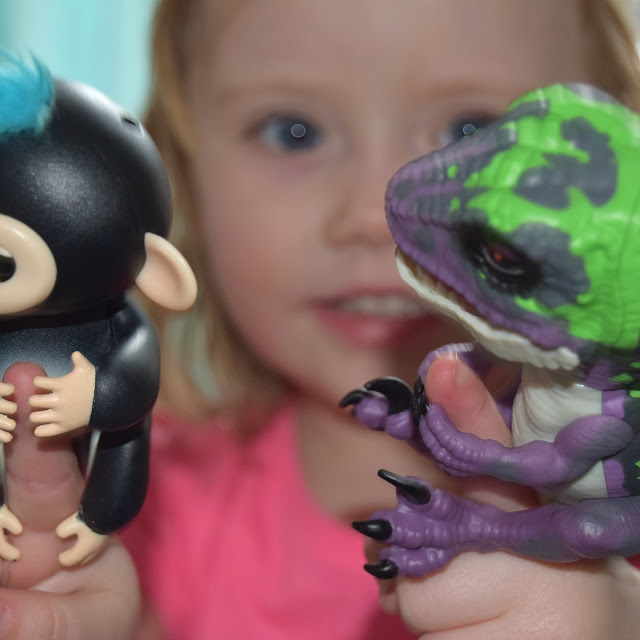 Do your kids love dinosaurs too?


* We were sent our Untamed Raptor for review purposes. All images and words are my own.