Kids Stuff || Meet The SuperZings Series 2: The Rivals Of Kaboom 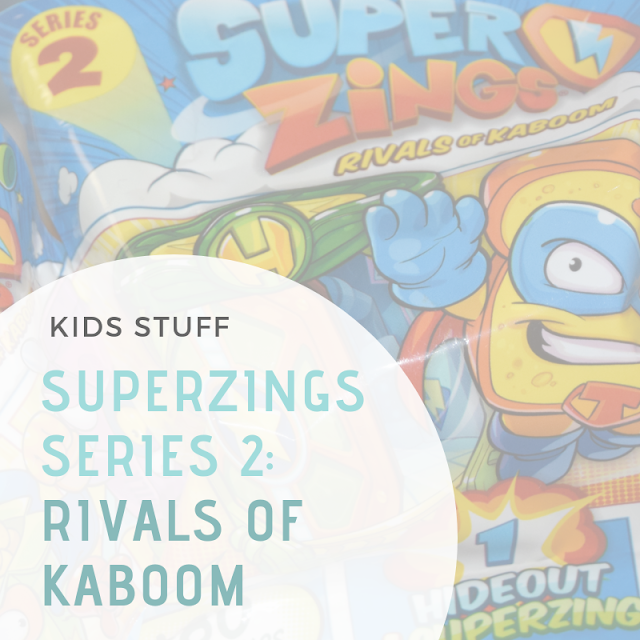 If your kids are fans of blind bags, collectibles and most importantly - SuperZings, then buckle up buttercup, they're coming back for more! Series two 'Rivals Of Kaboom' is out now to collect with a tonne of new features, characters and accessories. 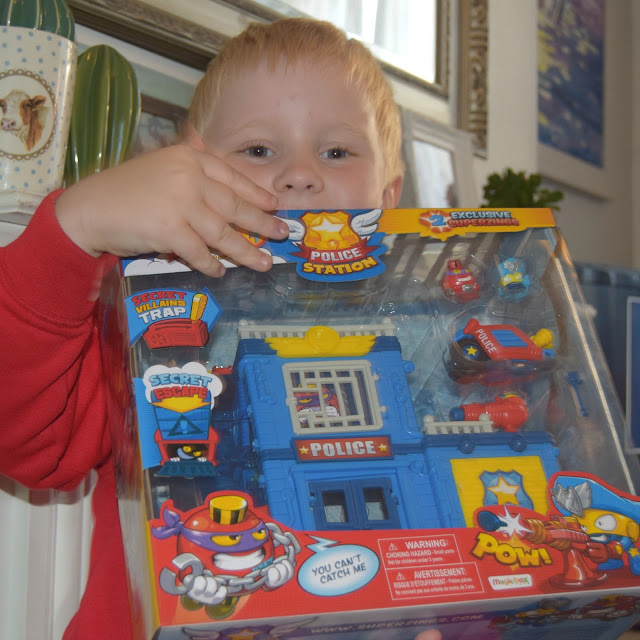 These pocket money favourites have been a huge hit in our house and encouraged lots of creative play, story making and all out bro sis war! We have a good stash already and a fair few sneaked their way into my Co-Op basket, but the kids are thrilled to get a part two preview and see what's new in the world of SuperZings. 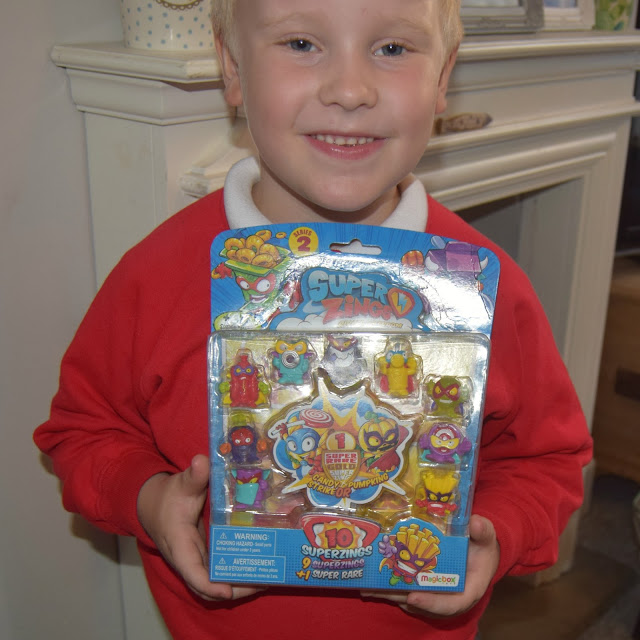 This week our samples package arrived in the post, packed with blind bags, starter packs/sets, figures and vehicles. The kids were so excited when I let them open the box. I should have filmed it but basically their reaction was a little like this; 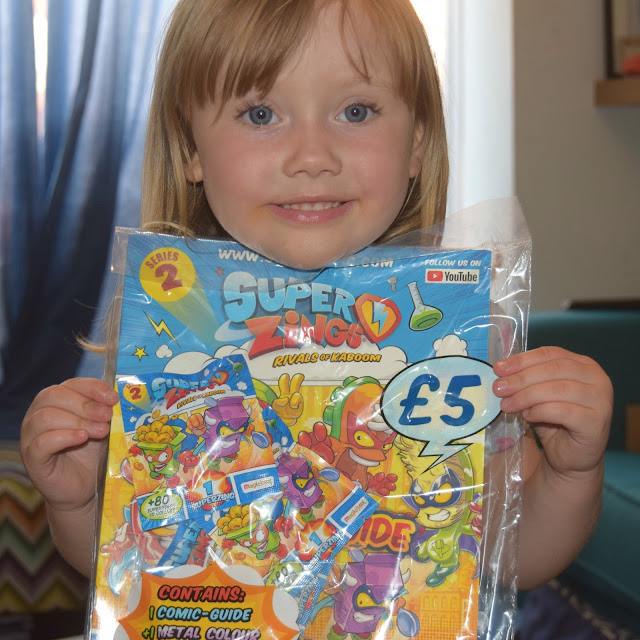 Here's a little taste of whats new with the latest trailer, with lots of new additions, with plenty more to collect and some really fun new toys;

The favourite addition from the new series has to be the police station set, with a trap door, missile launcher, prison, doors and space to park the new vehicles. The kids have really been enjoying playing with this and it's amazing seeing the stories they create with just a small toy and a handful of SuperZings characters. 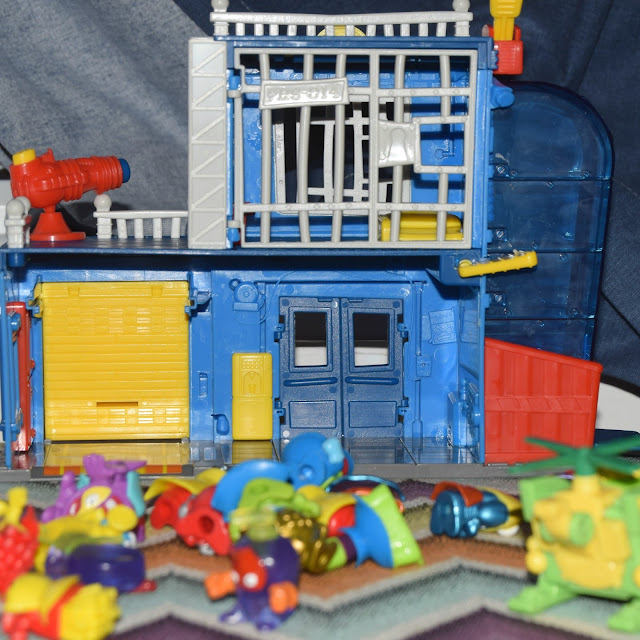 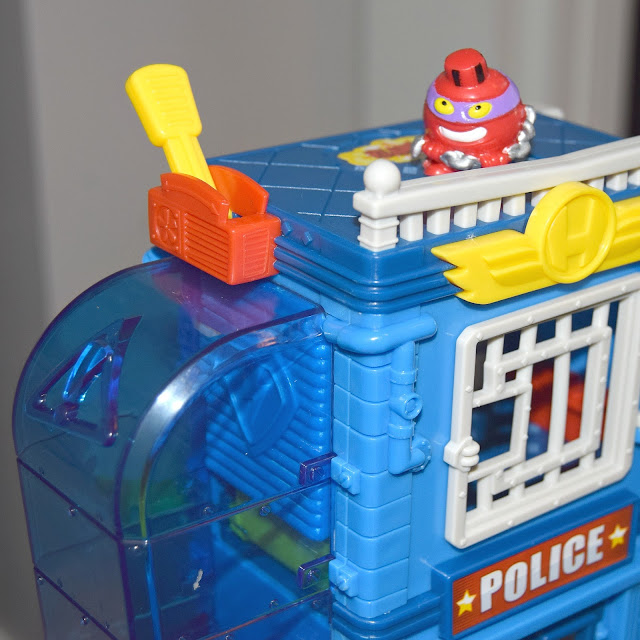 Starting at just 80p, the SuperZings are the perfect pocket money collectible and we now have a good stash for creating lots of fun stories and scenes. The characters are all packed with personality, they're super colourful with some really creative and quirky ideas. 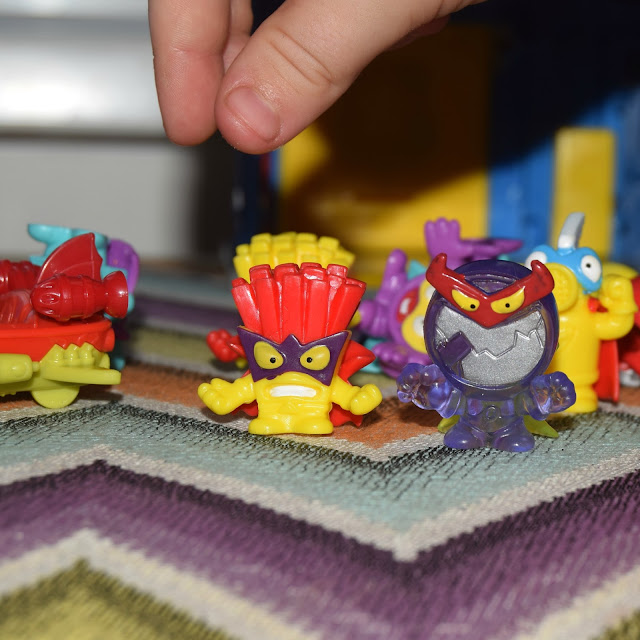 As well as the character packets (80p) you can now pick up super jet blind packets including one vehicle and one character for just £2.50 as well as the starter pack with a comic, three characters and one metallic vehicle include for just £5. 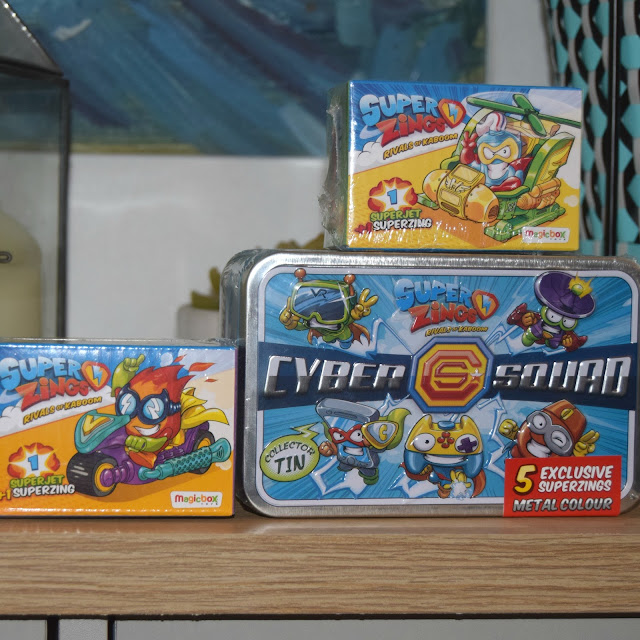 Each character comes in two colour options with the option now of different vehicles such as a little helicopter, speed boat, motorbike and car. There are rare colourways and metallic options that are super special and make for much excitement when they are found. I love the collectors tin too which easily stores a lot of figures when they're not in use. 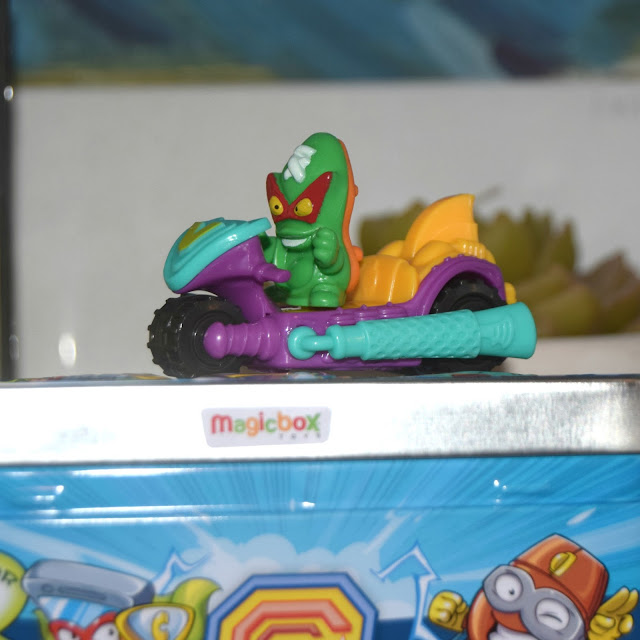 The series two characters are similar to series one, so they can all be played with together but just makes for more excitement with the thrill of completing their collection. 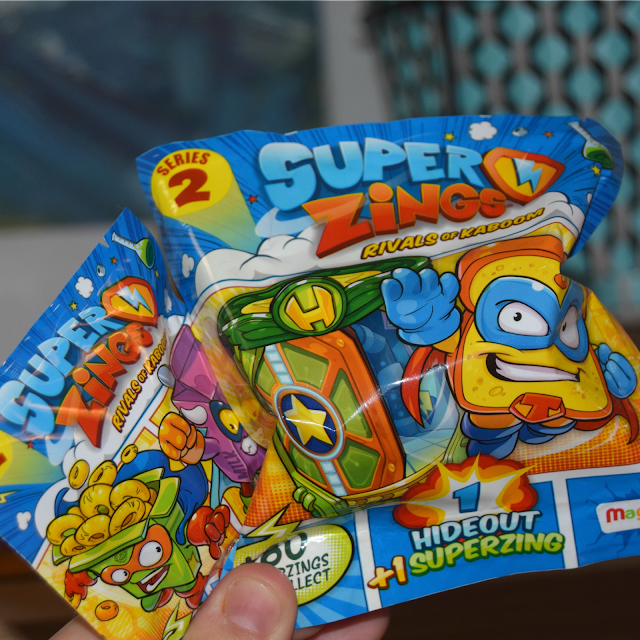 Another change for series two is the hideouts which are now a cool twisty capsule to hide the SuperZings inside. The doors rotate to create the perfect bad guy proof hide out, coming in 8 different colours with a special metallic edition, they can be stacked together to make the ultimate play set. 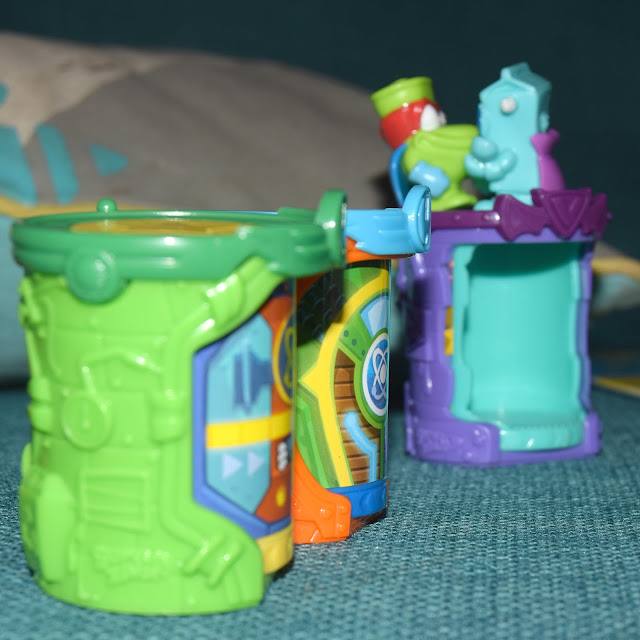 The kids love the new additions with this series and are building a really fun collection together and it's something they actually enjoy doing with each other which is pretty rare! The new series is out right now in stores like Asda, Tesco, The Entertainer and Co-op as well as online at Amazon (affiliate links below). To see more of the SuperZings and series two, you can find out more over on the SuperZings website.

Do you have any little collectors in your house?