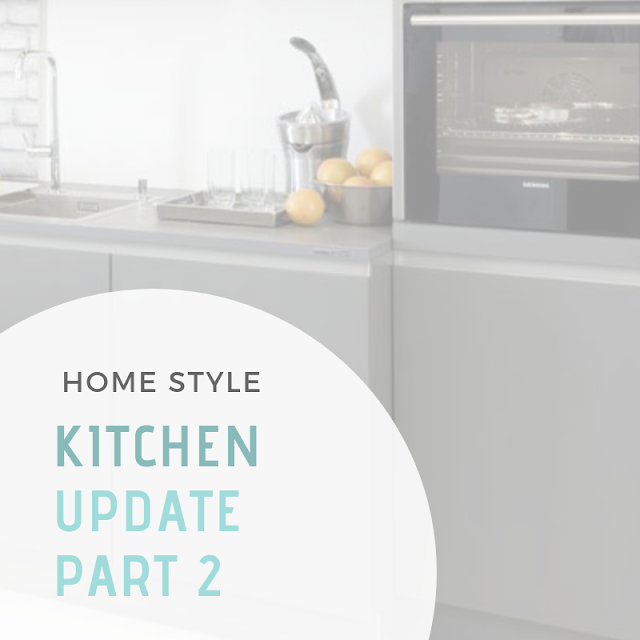 It's been a couple of weeks since my first kitchen update, a while since work began, so you can bet I'm feeling the strain of having a super cluttered house and no kitchen by now. I just have to keep telling myself that for every stress, day without cooking/washing clothes/having space to breathe, we will eventually have our dream kitchen, with more space - all shiny and new. (Here's a before picture) 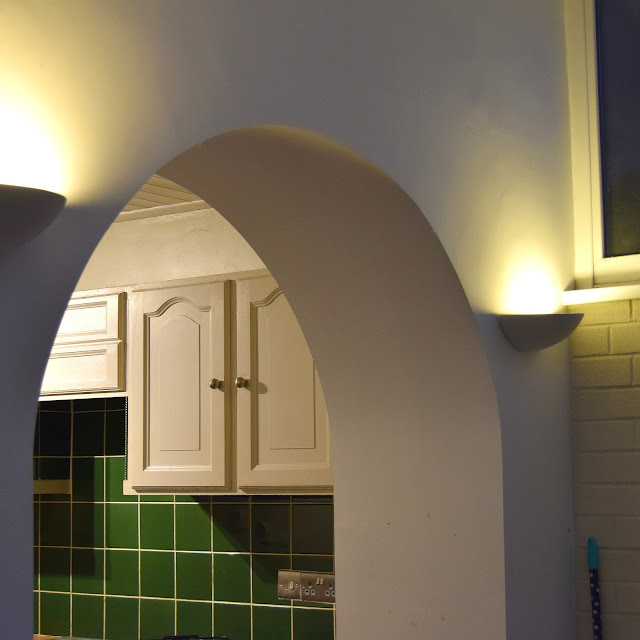 Although a couple of things have popped up that have made it take longer which was to be expected, it does feel like it's dragging now and it'll be finished on the 1st October when the flooring gets laid. We can then put our table etc in which have been in storage for the past couple of months.

So done with not having a kitchen now.

It will be worth it in the end.

Since the last update, we've had our kitchen all completely ripped out and replastered. We've had walls stripped back to brick, the old arches removed, the awful ceiling replaced and started to see electrics going in and a few units. We are miles from completion right now but we can at least finally see it all coming together and it looks to be like we imagined which is great. I'm so excited!

Here's a few update pictures so far up until the units went in which I'm saving for the final kitchen update! 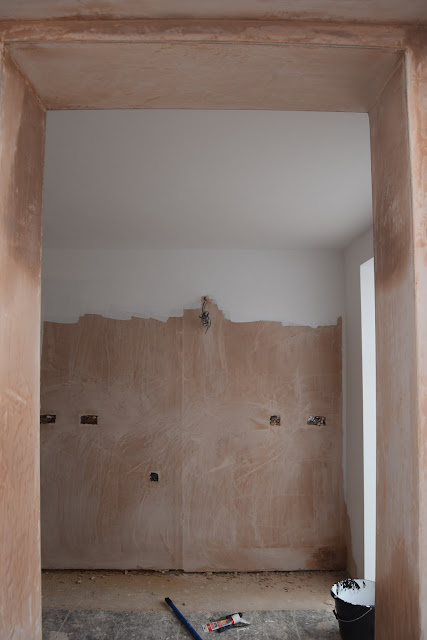 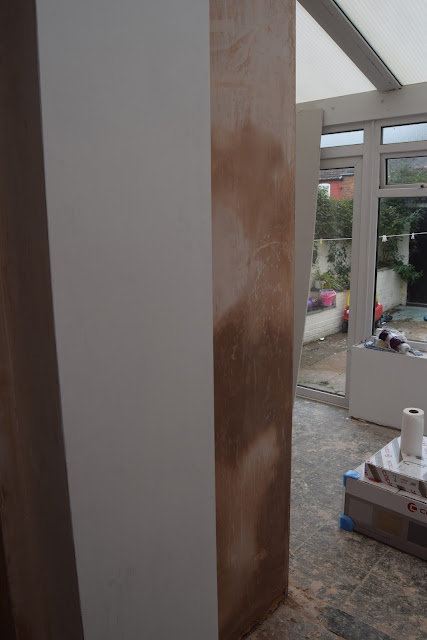 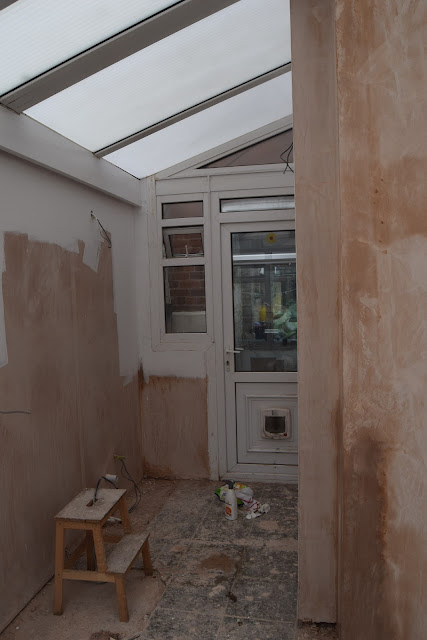 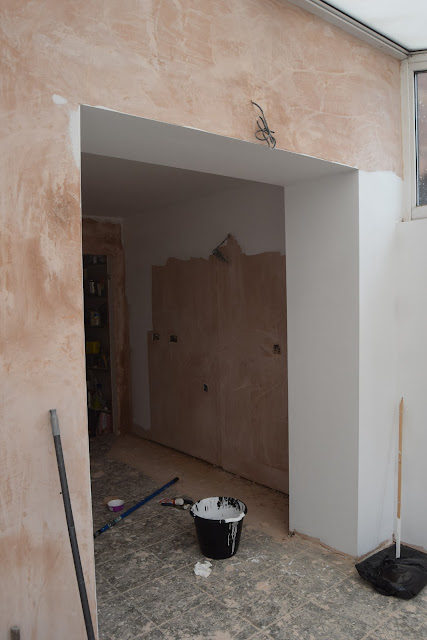 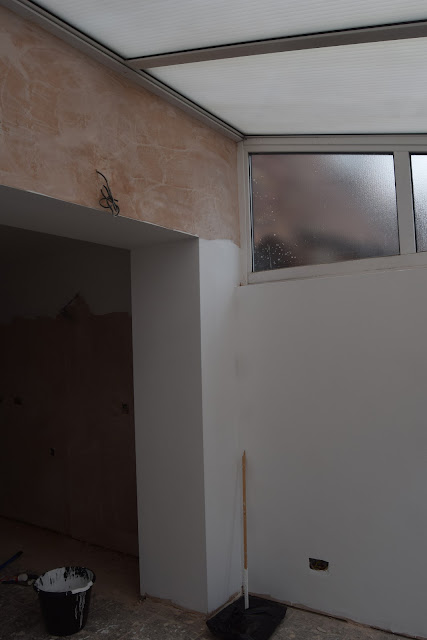 So in the coming week we'll get our kitchen units and accessories fitted, followed by skirting, built in dishwasher, lighting and all the small touches finished. It's looking really lovely but I'm really ready to get decorating and living in it now. I'll update with some before and after pictures as soon as it's done and as it's a huge change it will hopefully show well in the pictures. We already have a feeling of the extra space and a nice modern kitchen which we've never had before.