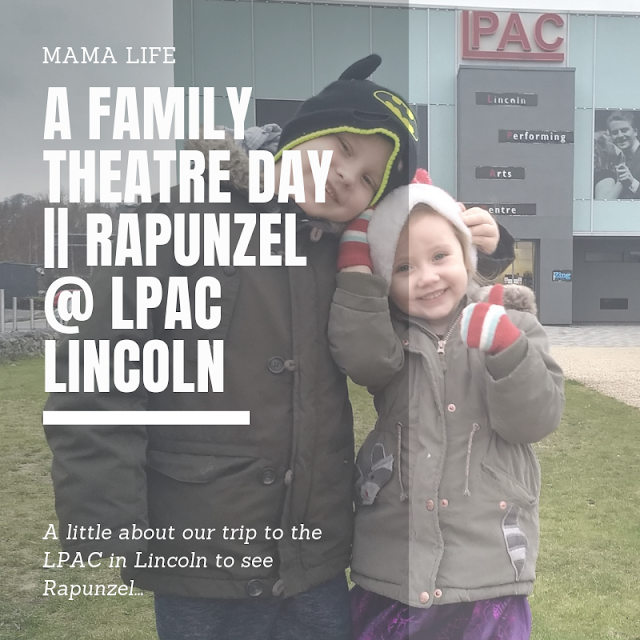 Just recently we were invited back to the LPAC Lincoln to watch their winter show Rapunzel, which is one of Soph's favourite stories so we were excited to see it adapted for the stage and get back into one of our favourite Lincoln venues. The LPAC is great for families and has lots to offer all year round, so well worth checking out for some affordable fun if you live in or near the city. 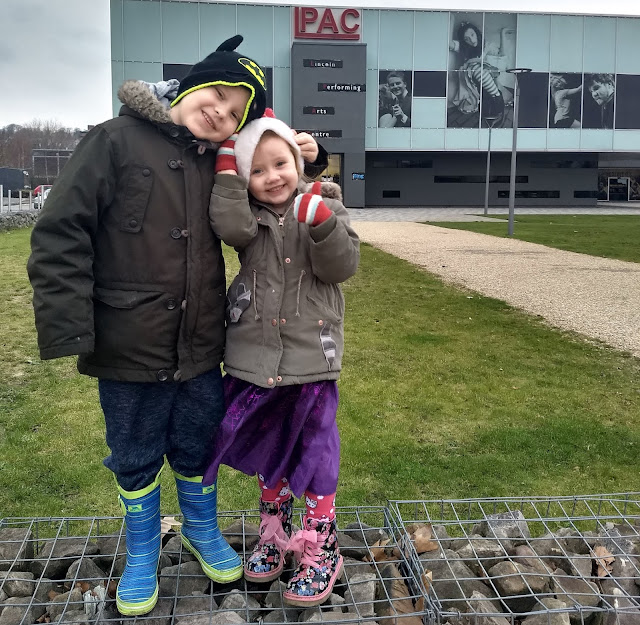 The excitement began as soon as we got to the venue, with Christmas decorations, Rapunzel posters and pretty well priced merchandise for sale. We grabbed some snacks and drinks from the cafe bar (also pretty reasonably priced) before heading to our seats. 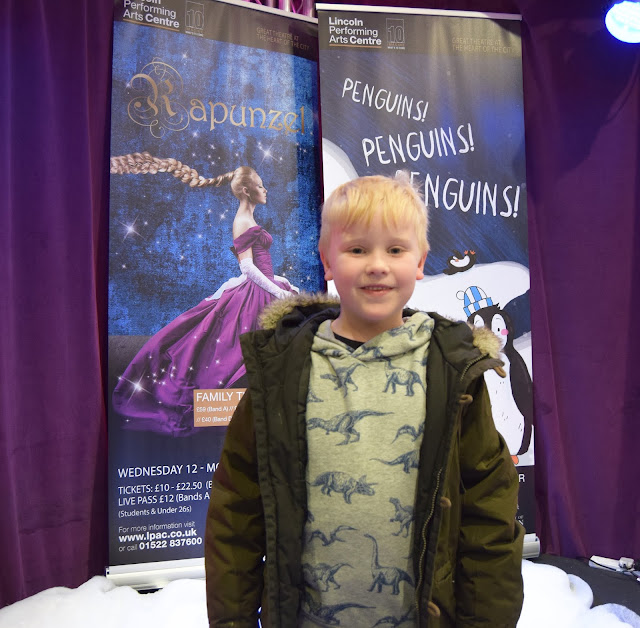 Once inside the theatre, we saw that instead of a raised stage as we'd seen there before there, it was instead a floor level performance, with a cart on set with an actor 'asleep' on the floor. The ceiling is covered in colourful paper lanterns and the layout of the seating surrounding the stage is very open and comforting. We couldn't wait for the stage to come to life and for the actor to spring into action and begin the show. 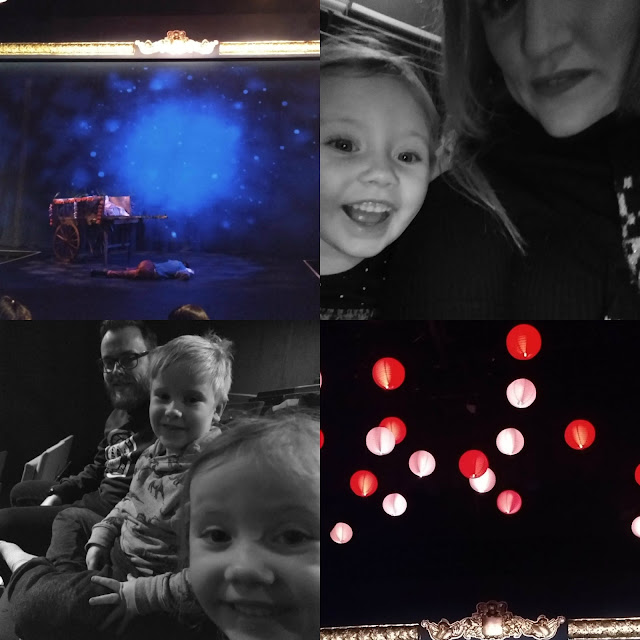 When the action started, we were met with bags of energy from the 'story tellers' who would present the story of Rapunzel to us. There were a few empty seats on the day we went but this didn't stop the enthusiasm and energy projecting from the actors who were all really going for it, engaging with the audience and breaking into songs. I loved that Rapunzel was all about not needing a hero but maybe needing a shower (as she told us early on). A modern day tale of a strong woman, which worked well and was funny in parts. 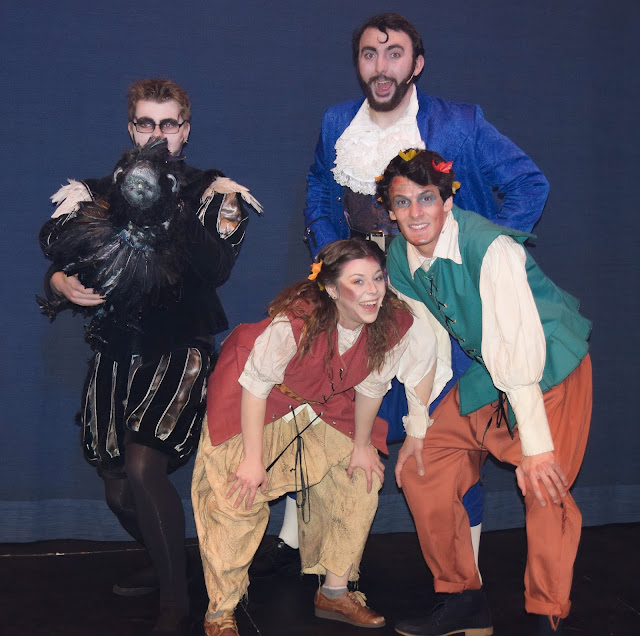 The story itself was a little different to the book we're used to but the kids really enjoyed the story, all the characters but the favourite of the day had to be the evil mother who just had amazing stage presence, a great voice and played the character so well with some funny twists here and there. 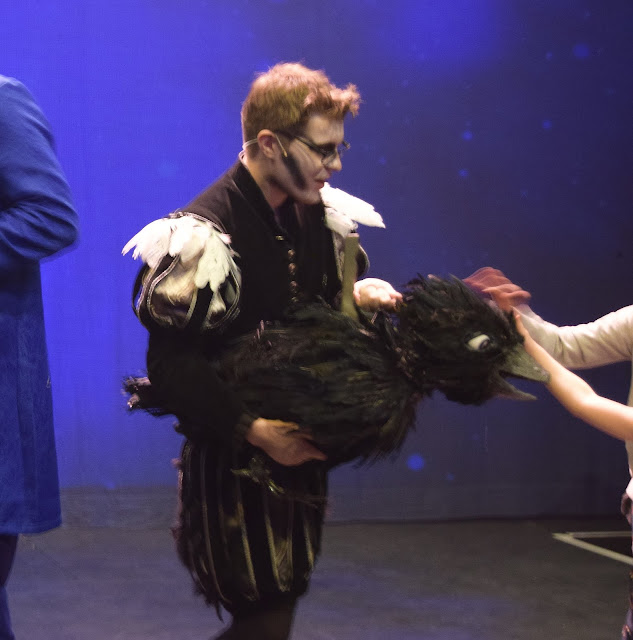 Although this wasn't a traditional panto, it was a lovely festive day out and despite us parents feeling a bit 'cringe' at times, the kids loved it and any awkward moments were perhaps due to the smaller than ideal audience and that some of the audience interaction felt a bit forced and unnatural. It wasn't a panto but felt like they were trying to fulfil that element of getting the audience to join in when maybe it wasn't needed. 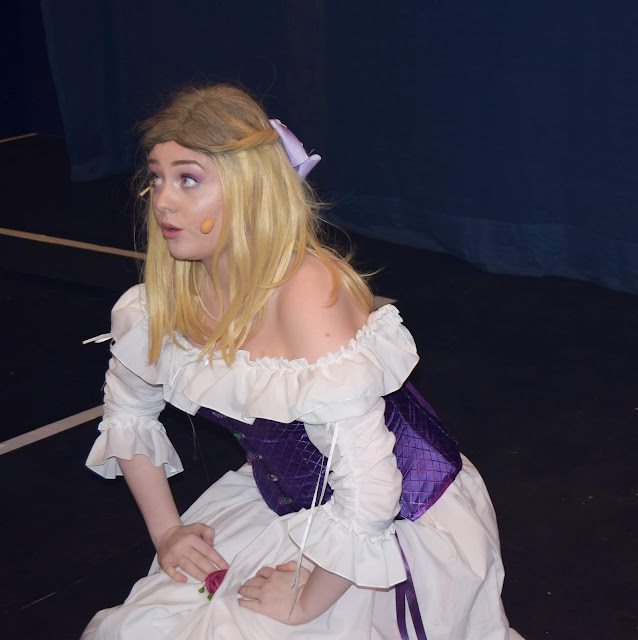 We all enjoyed the show and it was really nice to see so much confidence and energy from the students, with a great set design and clever use of the narrative. A twist on the original story, a relocation to our county and a cast bringing every ounce of fun you could wish for. The open stage was different and perhaps detracted from the magic a little, but it was very well done and everyone seemed to leave happy, especially the children who were very excited to be able to meet the cast afterwards too.