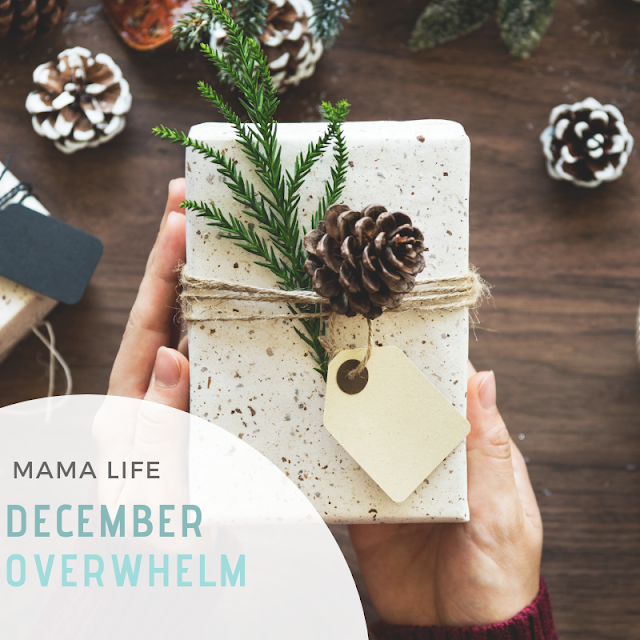 Every year for the past few years, December has been super stressful, when it should be all fun and exciting. Although it's a great time for kids, there's so much going on that it can all feel a bit overwhelming for parents and this week has hit me like a tonne of bricks. Lots of lovely things that by themselves are fun and special, but put it al together and it becomes a big ball of stress, money and planning.

With two separate school plays, lines to learn, costumes to buy/make, two showings of each to attend so the kids don't get sad I'm not there, catching up with friends in and out of school, sorting December birthdays, sorting the house, sorting gifts, making a tiny amount of money stretch to a LOT of things, sorting food for Christmas, attending parties, local events, pantomimes, Christmas markets, there is a lot to be thinking about. As well as this, there's the every day life admin, getting to school and after school activities as well as keeping the house in order, paying bills and working as much as I can - I need to learn to juggle.

I have a calendar on my phone jam packed with things to remember, finally synced with the school calendar to give me a chance of not missing things, as well as lists and notes everywhere, the pressure is on. The biggest brain toll is the fact that it's all a must and by missing or forgetting just one thing, I'm letting the kids down, disappointing them in some way and that alone is enough of an overwhelm without all the added extras. 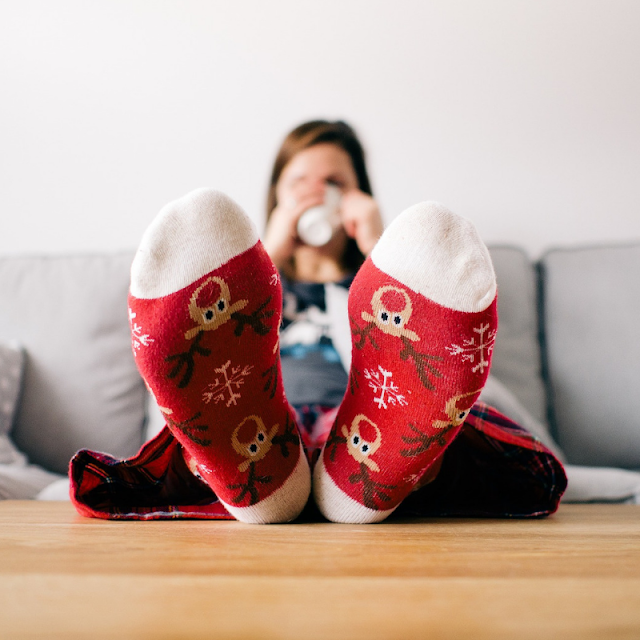 Although I know from the last few years that a bit of preparation helps, it all seems to just come at once and instantly need my attention, it's too much. Last week we had a school disco, with both kids being in different years, they were at different times and they weren't meant to go to each others. That alone is enough to work out, but then the kids wanted to go together, they wanted to see Father Christmas together and they wanted to dance together and have fun. So disco one we take Alfie and they spent a lot of time playing with glow sticks, all good. They had a bit of a dance with Soph's friends and popped to see Santa. Alf gets a gift for age 3, a Teletubby colouring book and he's upset, upset that maybe Santa doesn't know how old he is and worried he will get Teletubby bits for Christmas on the day. Cue tears. After that we head off, queueing to get out the school with barging pushy parents that just want to get home but forget the other humans they are pushing aside to make their escape, fun. We start walking home and Alf decides he'd like to go in to his disco, which is fine and I smile through the rain and sinking feeling of having to go back into the noise and busy of school. We head straight in and within about 30 seconds Alf collides with another boy, bursting both his lips open and knocking some teeth (luckily baby teeth). Cue ALL the tears and bless him his lips were so swollen and a lot of bleeding from his lips and gums too. Poor thing, I felt so sad for him that a night he was so excited about had turned out to be yet another stressful disappointment along with a busted mouth and losing teeth! The guilt is overwhelming, you can't win as a parent. If I'd said no and gone home he'd have been sad, but staying resulted in all that. After Sophie getting punched straight in the face last year when we walked in, I swore we would skip it this year but again felt bad for that so we gave it another try. Big mistake. It's not that they are dangerous, but it's dark, the kids are wired, packed with sugar and very over excited, understandably, so accidents happen. This was one of the first December things leading up to Christmas, so it's all started off with the wrong kind of bang!

Although December is full of fun days and activities and each one is nice on it's own, when you put it all together it does all feel too much and when you're trying to work your job, maintain a household, keep everyone fed and keep some degree of sanity, something has to give. So for the next few weeks we'll have to try and be more organised, I need to get things ready the night before, take one day at a time and try and keep on top of things. This coming week we have two school shows, a panto, lots of shopping and work to do as well as squeezing in Alf's Beavers evening etc etc. Let the fun begin!

Do you find December a bit of an overwhelm too?
Posted by Wafflemama
Newer Post Older Post Home