I've always been fascinated with calligraphy, I remember getting a kit when I was a kid and always much preferred using fountain pens for my writing. I've noticed that in the last few years calligraphy has made a huge come back, with modern twists on a beautiful art form that has always held my attention. I've been watching videos on modern calligraphy and find them pretty mesmerising. Type in any form can make beautiful art, and it's something I've been attempting at home with little success with the wrong stationary.

Just recently I was offered the chance to try a new calligraphy set from Manuscript and I jumped at the chance to give calligraphy another try, with something much more suited to the job than my current brush pens. 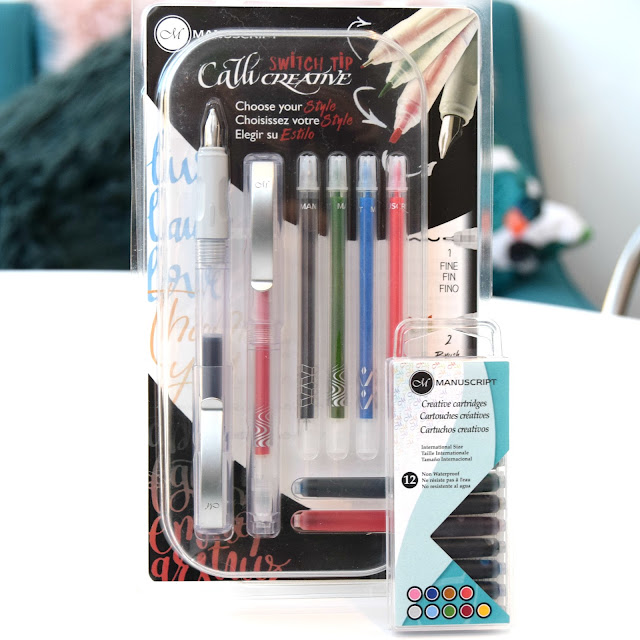 The kit I was sent to trial included the Manuscript Cali Creative Switch Tip pack as well as a full colour set of cartridges with 12 cartridges in 9 different colours. I love the idea of trying out different colours and putting these pens to good use. I was super excited to use a fountain pen again, it's been too long and it brings back so many memories from school where they were the norm for every day use and biros were just an emerging option. 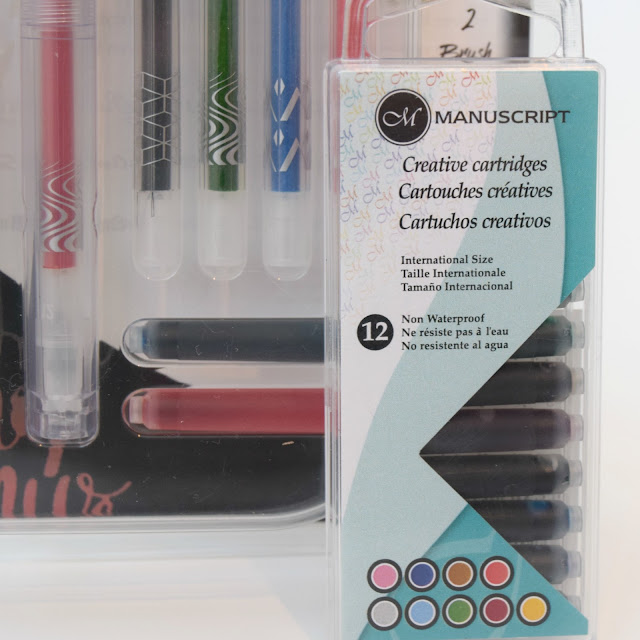 The great thing about the Switch tip set is that you get the option of the fountain pen with the additional colours, as well as a fibre tip pen with five different options varying in colour and tips, with fine, brush and italic options. 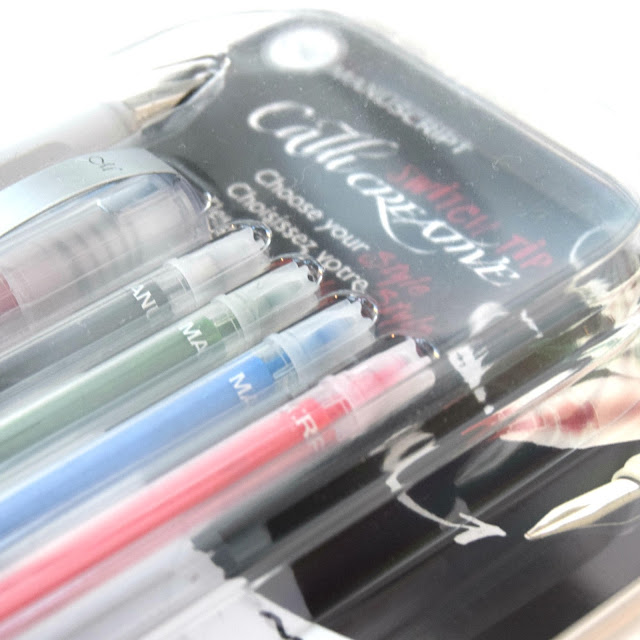 I started by searching on Pinterest and Google for some calligraphy examples and went from there. There are so many styles and fonts out there to learn, from traditional script to a more modern approach so I began to try them out and practise making shapes with the letters and forming all those extra curves and shapes we recognise from popular calligraphy designs and quotes. 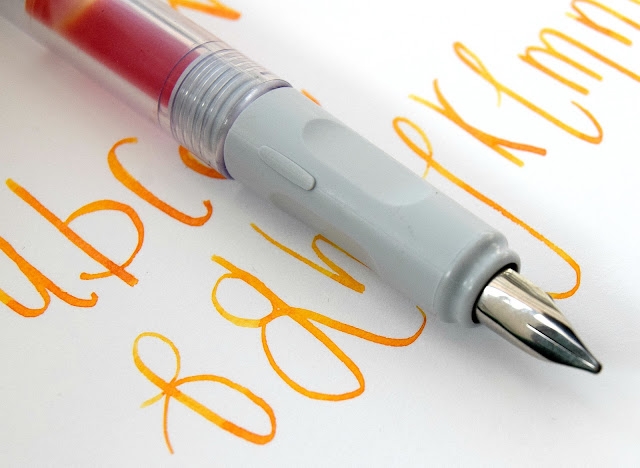 I love all the different in colours now and I'd love to have a separate pen for each colour some day. I have had a little play to try this set out, it's really fun but really really hard! I have no idea how people do this from memory. Here's a few examples of how I got on. 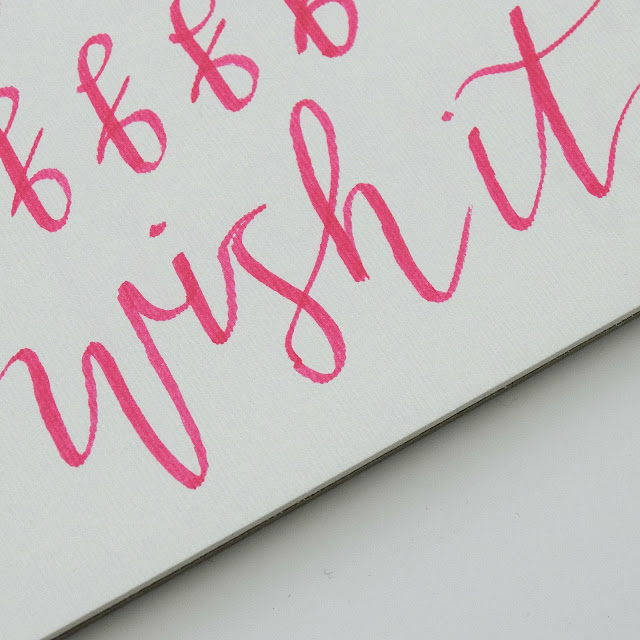 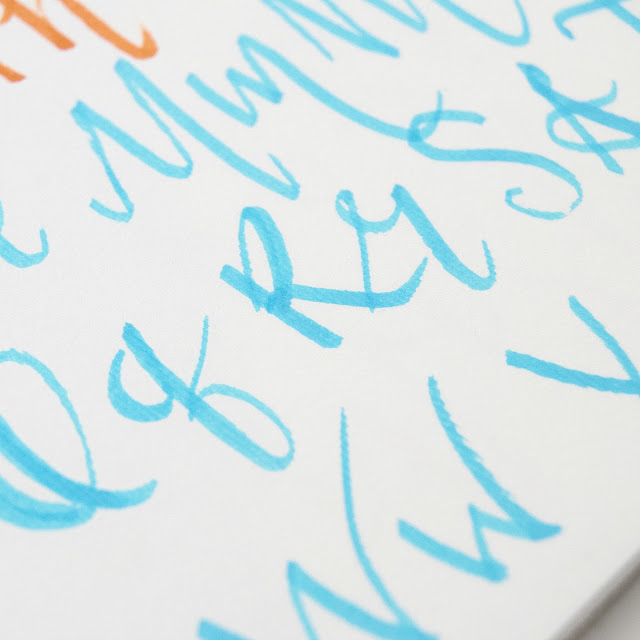 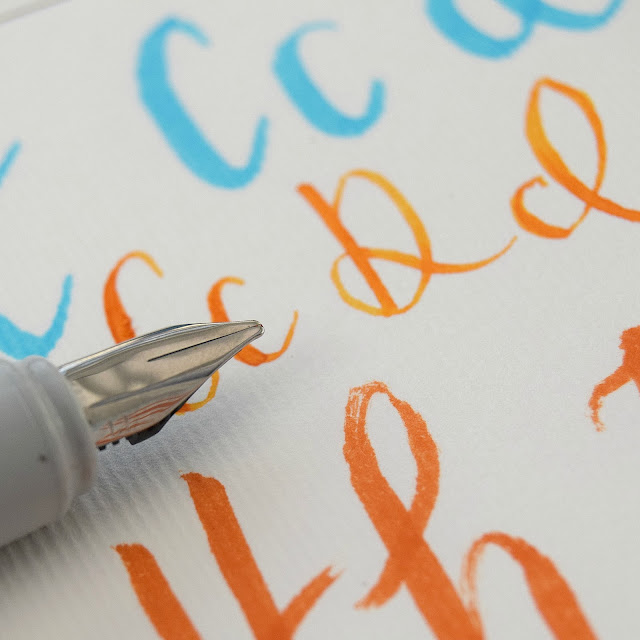 I love these pens and I think my favourite has to be the fountain pen because it leaves different shades of colour as it marks out the letters and looks a lot more interesting. The italic pen was the nicest to use and gave quite a nice crisp easy line to the letters, but I found the brush pen a bit thick and clumsy for me, but maybe with practise that will get easier.

These pen sets are fab and would make a great gift for anyone that likes to try out new creative tasks. You can see the full selection available from Manuscript by visiting their website.

Have you ever tried calligraphy?