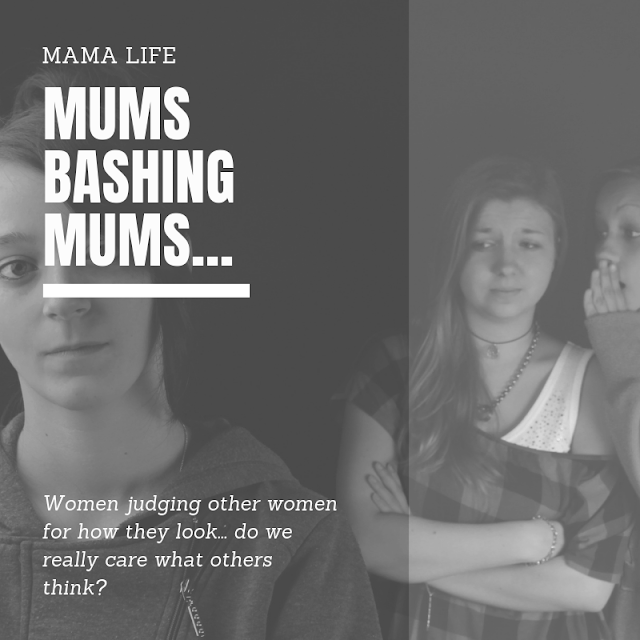 I've talked before about what utter dicks mums can be to each other, but seriously does nothing ever change? Just this week a post was shared about a lady saying school mums should make more of an effort and wear makeup on the school run. This alone is enough of a vomit inducing affair, but the response to it was equally as vile and just makes me want to round up all these women and bash their heads together in one big school mum head bongo session.

The responses to this absurd woman's post was just the opposite, but not in a kind way. Instead of saying the decent and normal thing which is - do we even give a shit what anyone else looks like at 8.30 in the morning? Everyone instead started bashing mums that wear makeup, saying we are giving bad messages to our daughters, that by wearing makeup on the daily we are telling them they are not beautiful and we need makeup. Bollocks.

It utterly baffles me that anyone has the head space or time in their day to give a seconds thought to what other mums wear, how they do their hair or what they plaster on their faces. Every mum is different and we all go off to do different things after the school run, from looking after babies, cleaning our houses, going to work, shopping, sleeping, Netflix binging, etc etc etc. What gives any of us the right to care what others do, let alone pass comment and judgement on it?

As someone that wears makeup daily, let me tell you that I do this for me and its a few minutes out of my day where I focus on me. You may spend yours having a brew or catching up on Facebook, but for me, it's makeup. I've always loved it, it's an art form and although I don't 'need' it, I love it and will wear it as long as I want to. In terms of sending bad messages to my daughter, I tell her every day how beautiful, clever, funny and amazing she is. Worst case scenario is that she sees me doing my makeup and thinks that she will need it when she's older and so goes on to wear makeup herself - oh no. Is that really so bad? She could go on to do a lot worse than wearing makeup and the funny thing is, many of those that make comments on us makeup wearers, would think nothing of smoking in front of their kids, being glued to their phone, drinking wine to relax or whatever else someone else would pass judgement over. As long as we are teaching our kids to be comfortable in their skin, none of this matters. 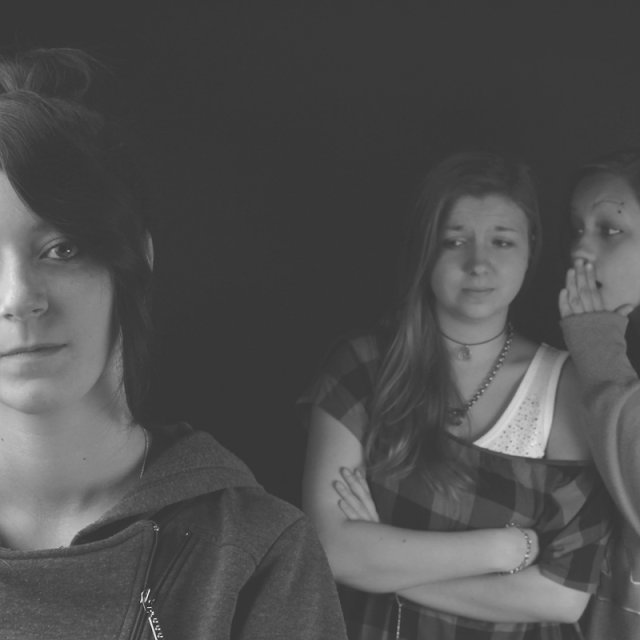 The makeup debate is just one thing from this week, but also something I've had commented on more than once. Most recently it was a comment about 'trying to impress someones husband' which is pretty laughable isn't it? The fact that women are meant to be all about empowering each other now, yet they instantly presume a woman would be making herself look nice for a man, not just to feel good or do something she enjoys. Pull yourself together women folk.

When you judge someone else on their appearances in front of your own children, you are encouraging a bullying behaviour which is far more damaging long term than them aspiring to wear makeup. This topic is just one of many things to come up when mums bash mums, but everyone needs to remember that you have no idea what goes on behind closed doors, what goes on in peoples heads, what illnesses they may suffer from or what they have been through.

Whether another mother has her hair stuffed in a bun, wanders in wearing pyjamas and a dressing gown (hero), dresses like she's having a night out or strutting her stuff in a business suit, it shouldn't matter to anyone else and the bashing needs to stop. If you have time to really think let alone care or comment on what another human is looking like in any negative way, it says a lot more about you and you need to get a hobby.