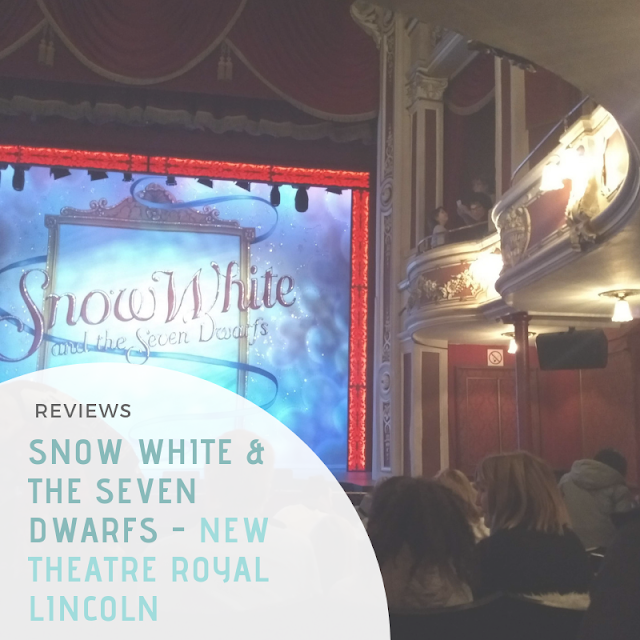 This years star packed panto at The New Royal Theatre Lincoln is the classic, Snow White & The Seven Dwarfs. Today we were invited to the morning showing, which was our very first family panto experience and we loved every second. I loved pantos as a kid myself, so to go as a family, shouting, booing and giggling with a few too many sweets thrown in for good measure was an exciting prospect.

We are all very familiar with the story of Snow White and were looking forward to seeing how the story would be adapted for the stage having only seen it in film or book versions. I couldn’t wait to hear all the songs I knew would be coming and see how scary the Wicked Queen would be. 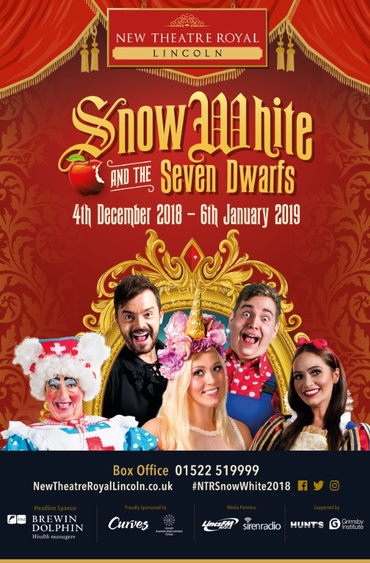 The show had some familiar faces in, with X-Factors Amelia Lily, CBBCs Barney & Christopher, comedian Joey Howard and Sophie Gaudie as Snow White herself. The cast also had some amazing dancers, some very talented kids and other highly trained lovely to watch performers. One thing I loved in particular about the show was how it obviously utilised some of the actors special ‘party tricks’, with Joey AKA Nurse Flossy’s drum solo, some incredible gymnastics, a break dancer and crazy amounts of brilliant singing. 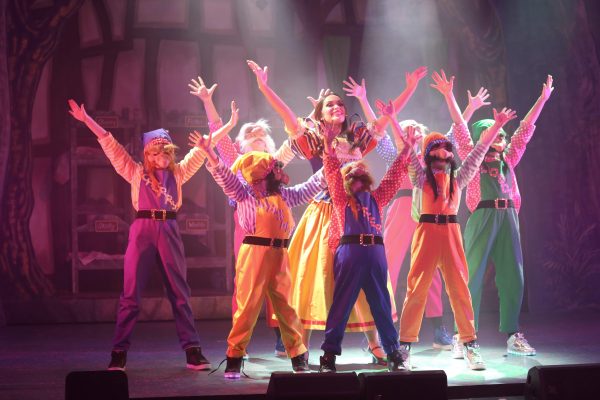 The set instantly wowed, with a giant backdrop that cleverly lit up as the lights went down and music began, I was mesmerised watching each letter be traced with light and sparkle. The use of special effects, lighting and music were impressive from start to finish, but if you need a quieter more sensory friendly show, there’s a relaxed performance on the 23rd December with brighter house lights and a slightly calmer quieter show. I love that they have thought of this!

The show opened with a Greatest Showman banger sung by Amelia Lily, who was packed with sparkle, great on stage and has an amazing voice. I wasn’t sure how her character the Unicorn Fairy would fit in, but she is essentially a narrator, someone to warm the audience up and help the story on its way, she was great. 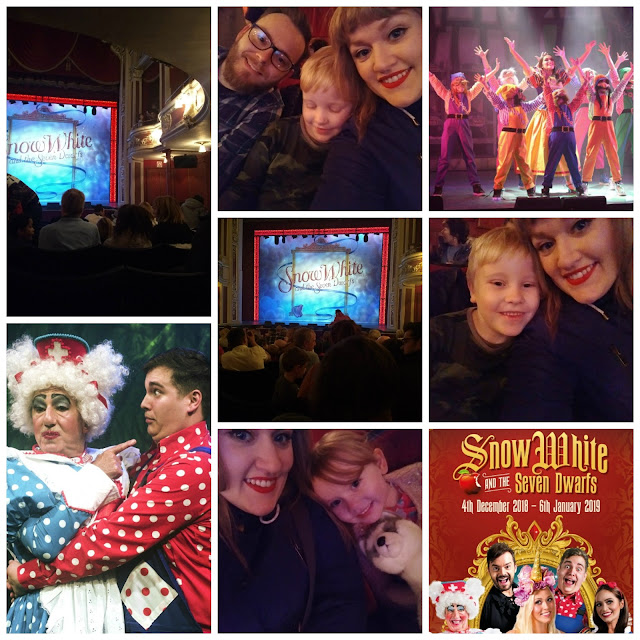 Throughout the show there were lots of local references which went down a treat, with some funny jokes about places we know well and also the seven dwarfs all being named after local areas such as Waddo, Potter etc. These were a nice touch and showed how much thought had gone into the production to make it special to us here in Lincoln. These quips fitted in to what I’d say was a highly polished, funny, clever production, with brilliant special effects and a story that gripped our interest from start to finish.

There were plenty of jokes for kids and grown ups, nothing too smutty but some really got the crowd howling especially the more fart related jokes which are always a win aren’t they? 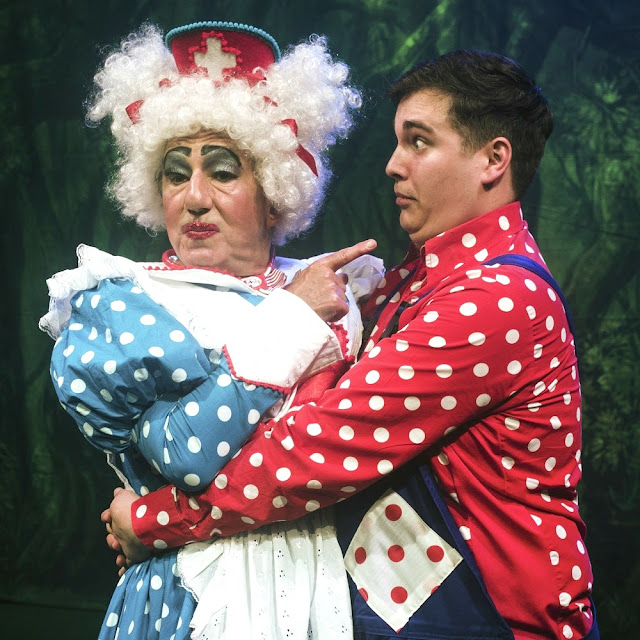 The kids in the audience were having an absolute ball, howling with laughter, shouting out at those classic panto moments, laughing at jokes, dancing to music and singing along to many well known songs. I loved seeing my own two watching the magic unfold and realised just how special the panto really is and the theatre in general. There’s nothing quite like seeing all that live, those actors under all that pressure with a big audience and so much to go wrong but just perfecting every scene.

The stage looked great, the costumes were insanely good and I am a little in love with the theatre itself which is just so traditional with all the old features. There's plenty of toilets, places to get drinks and snacks from and even a new bistro & prosecco bar that opened last week for something a little different. The staff are always super friendly and were happy to help with an extra cushion for little Soph to get a better view and to chat with about the show.

Snow White gets a huge thumbs up from us, and if you’re on the lookout for a panto this year I can well recommend this. We are so happy to have been invited along and will be visiting the theatre more and more now, the kids definitely have the theatre bug!

Snow White and the Seven Dwarfs runs at the New Royal Theatre Lincoln until 6th January 2019, with a special relaxed performance on the 23rd December. To get tickets, simply call the box office on 01522 519999 or book online.

Are you going to a panto this year?

*Images from NTR Lincoln. We were invited to review the show, all thoughts and words are our own.