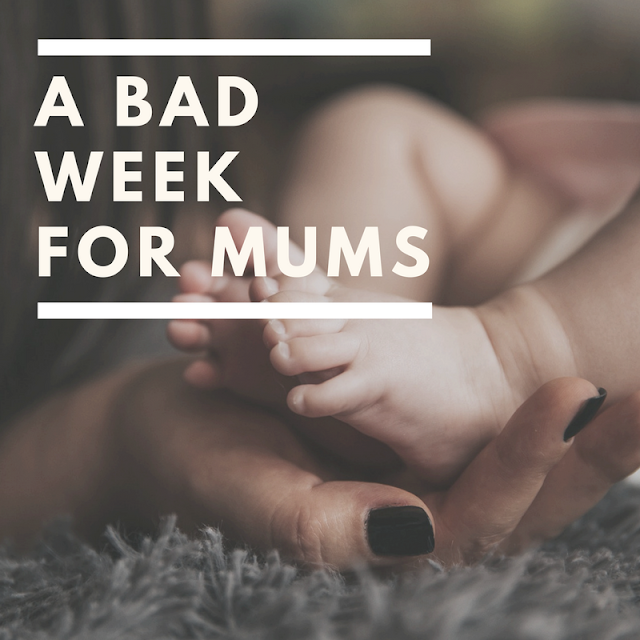 Aside from the horrendous floods of rain timed to perfection to soak us to the bone on every school run, this week has been rough in a number of ways. It's a tough ride sometimes being a parent and this week just went to show that you can't win, none of us are perfect and that despite there being a few behind the times judgemental fools in the world, for every one like that there luckily seems to be a million normal, supportive people to balance things out.

This week has been a bad week for us Mums, being dragged through the media bush backwards, left in a fish finger covered mess of confusion. Have we failed as Mothers? Are we good enough?

Have I confused you further?

In case you missed it this week there's been lots of discussion online about a pretty woeful 'article' on the daily mail slamming Mums (particularly a selection of Mum bloggers) for being part of a 'slummy mummy' revolution.

The article and I'm using that term very loosely, told us all about how modern mothers want to come across as slummy, feed our children rubbish and get drunk around them, as well as telling us how these so called scummy mummies also compete to be the scummiest in a bid to win likes and popularity. Really?

In an extremely loose sense I can see where she is coming from and if you are not in touch with the real world it may well come across that way and I'm sure in some very very minute cases maybe that is true?

The truth is though, it isn't about battling to be a bad mum or that being a bad parent is now a cool thing; but actually it's about normality, it's about sharing real life moments instead of sugarcoating everything in a Pinterestagram friendly way in order to promote perfection. It's about telling that Mum sat sobbing because her children just won't stop crying that it's OK to have a bad day, that it's OK to mutter FML under your breath and that giving your kids a beige dinner some days because you forgot to do the shopping is OK. Because that is normal for a lot of Mums. Because that is what happens in real life.

The insinuation that saying something negative about your role as a parent reflects your thankfulness for having children and that we should all feel #blessed every second of the day is simply ludicrous. However hard you try it's impossible to be perfect, whatever that is and sometimes it's hard to smile through things.

We know we are blessed, we all know we are luckier than some and in no way does having a down day, a feeling of wanting to just run away for a day or go cry in the kitchen secretly eating a donut mean that we don't love our children more than anything. 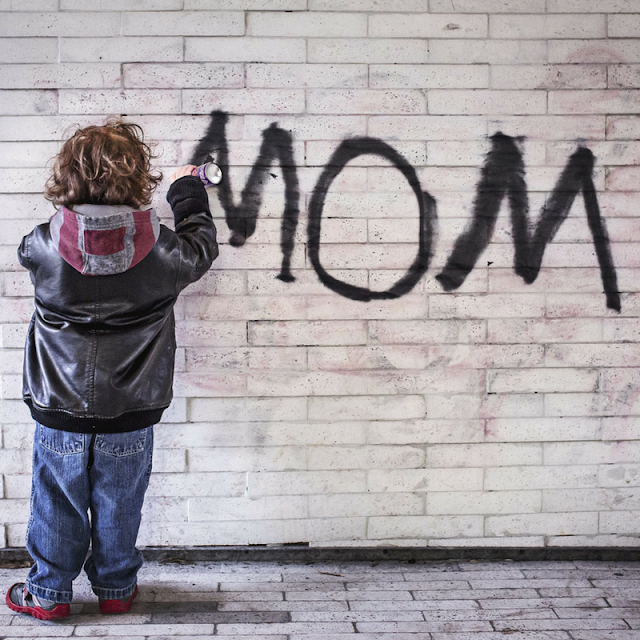 The 'slummy mummy' thing is more about making others feel good, maybe even making others feel they can finally be honest or get help with how they are feeling. Telling people to keep quiet about the negative things though does the opposite, it isolates mums that are struggling, it makes people feel they have to try and reach an impossible perfection and it brings people down. Why would any of us putting ourselves out there want to make people feel that way? Except of course the lady that wrote this abomination that clearly fell straight out of the 1950s with her more than outdated view on motherhood.

Katy wrote a post previous to this one about how her children are well behaved and she felt she had to almost had to hide this and agree with the 'I bet they're a handful' comments she received. It seems we can't win, if we talk about positives like Katy we are slammed, people read into it wrongly as bragging or that she has outside help when actually she's just a bloody good mum and should be patted on the back for having something good to say, not felt she should hide that. Why can't people just be nice?

The thing is, it's not about what we talk about, it's about how it's interpreted and who decides to troll who. Articles like the DM fiasco don't help matters especially when they completely misinterpret the concept and add fuel to the fire. It's not a fad or a fashion, it's a movement of the times where women feel more empowered now to be honest and show vulnerability, we should embrace that.

It's OK to talk about the deep dark days of parenting, it's OK to shout about the things that are going well for you and if you want a good mix of things that portray real life parenting then that is exactly what the bloggers targeted are doing.

I'm so crazy sick of people being judged like this and the good thing is that in actual fact this article has probably really helped the writers and bloggers mentioned and I'm sure their book sales will go through the roof!

What did you make of it all?