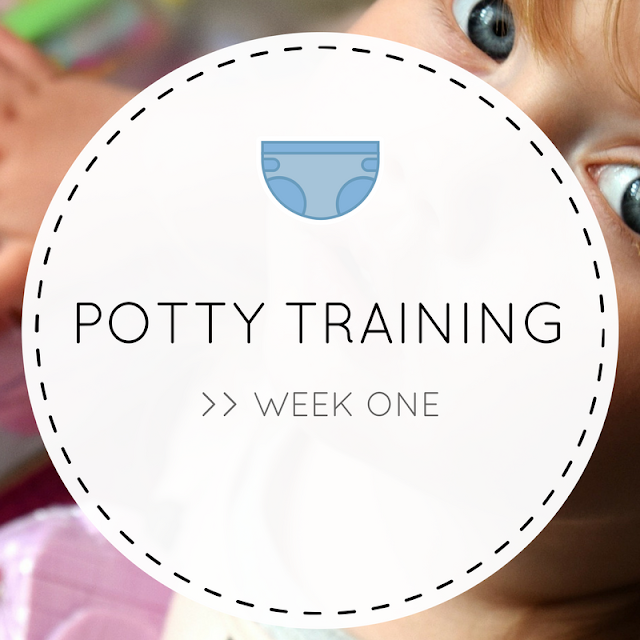 I posted last year about starting Soph's potty training as she was constantly taking her nappy off and even weeing on her dinner - nice! At that time though I don't think we were ready as we were so busy with school runs and after a little while she went back to not telling me when she had been to the loo and point blank refused to wear pants or use the toilet/potty. Back to nappies for us, 'aint nobody got time fo dat'. 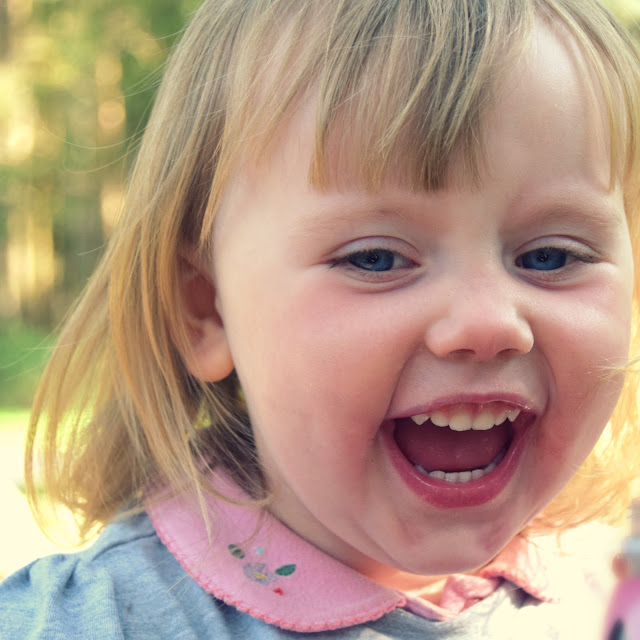 Thursday last week though Soph decided that was the day, as we panicked to get ready for school Soph insisted on wearing pants which meant a super quick nappy bag change, potty clean and rather late arrival for Alf at school, such is life.

I thought I would write up how it has gone for us as it was completely unplanned and totally on her say so! I was holding out for summer for some nudey at home potty training but as always, it's their way that wins! This my friend, is how NOT to potty train.

A quick bag packed with clean pants and a few spare leggings. We took Alf to school and Soph was dry all the way into town. After one shop she had had a little accident (wet thankfully) so we quickly swiped off her wet clothes and marched to playgroup. Soph insisted on wearing what looks pretty much like a wedding dress that day making the whole thing twice as hard! Looking good airing her girl parts, walking like John Wayne, dressed as a bride.

We got to playgroup with no more accidents (hurrah!) but around an hour later I saw she was wet again only this time she hadn't told me. I kept asking if she wanted to use the potty which we had right there but it was too late. On to outfit 3 and a full change of clothes as she had sat on it. Who's bright idea was this again? The urge to just stick a nappy on was unreal!

On the way home there was another accident so quickly home for another change. We stopped at Primark on route to stock up on 7 new pairs of knickers, I hoped some of them would remain clean for day two. More washing is just what I don't need but all part of the fresh hell fun of potty training I guess. At home we were accident free for the next couple of hours and got ready for the walk to school. Still no poo. I wish she would poo on a potty! When will she poo? 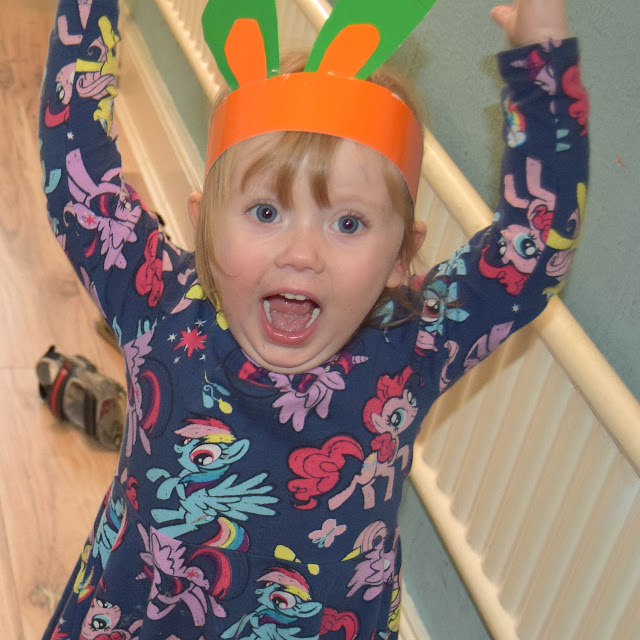 Oh, then the pooh came. Five words no potty training parent wants to hear 'Ive got a pooh tail'. Yes, it really is as fun as it sounds. Change, clean, wine. No wine but thinking of wine. Rarely even really drink wine but this would be a great time to indulge.

Resisting the urge once again to put a nappy on her, they are just there all shiny and clean and oh so tempting.

By that point I'm asking approximately every 8 seconds if she would like to use the potty and encouraging her away from the new sofa. Why are we doing this?

We lasted until 4.30 and a nappy went on. Sigh, but so relaxing.

I've no idea what is a good number of accidents for a first day but this feels like maybe it wasn't the most successful, we would have to see what tomorrow brings!

On day two Daddy got Soph ready, it's always good to have a little help in the morning so this was a good start. (In this family picture the horse is playing the part of me, someone has to hold the camera and his hooves were useless with buttons!). 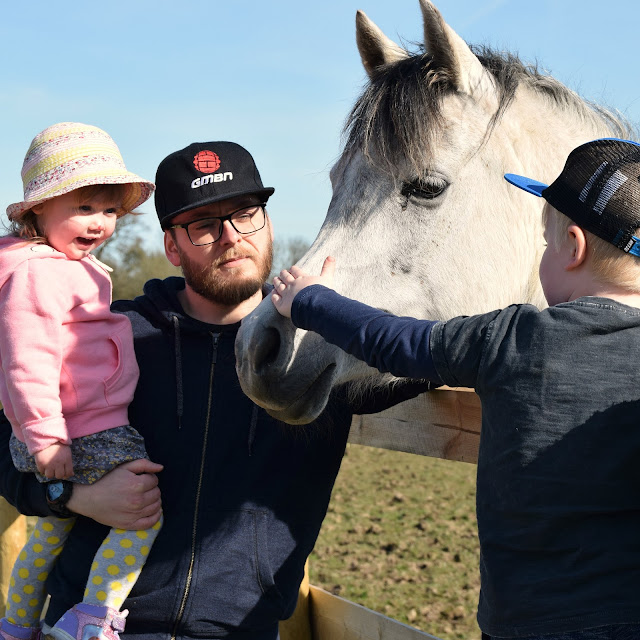 One problem -  he dressed her and put her in a nappy. A nappy. I quickly took her to pop some pants on but of course, she was having none of it. Soph had completely reversed and insisted on a nappy so, that was that. Soph is super stubborn (must get that from her Dad?) so there was no point wasting any more time with failed persuasion.

With a busy weekend ahead and lots of travelling, we decided that our only choice as she wouldn't entertain the idea was to revert to nappies once more, wash mount poopious and save potty training for another day. Again. Maybe when she's 25.

I guess we can call that a big fat parent fail. How did your potty training days start?