A little bit of magic...

Our little Alf is such a character, he's a real little old man in some ways and always out to entertain and make everyone smile - he's awesome.

Just lately he's been making up his own little magic tricks which usually consist of asking us to look away while he hides something, you have to admire his efforts but I just knew he was about ready for his own little box of tricks so it has been on my mind with his birthday and Christmas looming that it would be a brilliant present for him.

We were contacted my Drumond Park as part of their reviewer panel and asked if we would like to try out one of their brilliant magic sets. There are a few sets to suit all ages but we opted for 'Gee Whizz - The Magical Box Of Tricks For Kids', suitable for ages four and upwards, after his first week of school I surprised him with his new set as a well done gift and he was so so excited to get it unboxed! 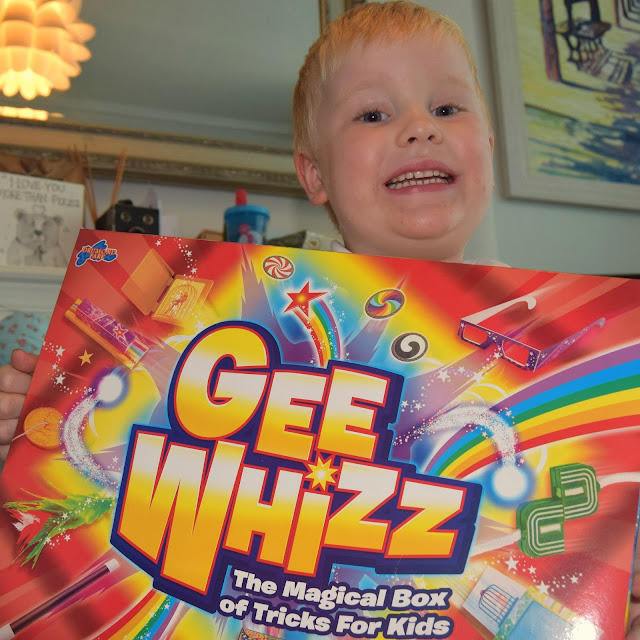 When we opened the box we were both really excited to get started. Alf literally squealed with delight when he saw he had his very own magic wand and I secretly wondered if I would be able to pull off a few tricks myself. I love the bright packaging and variety of activities and tricks inside, it's great! 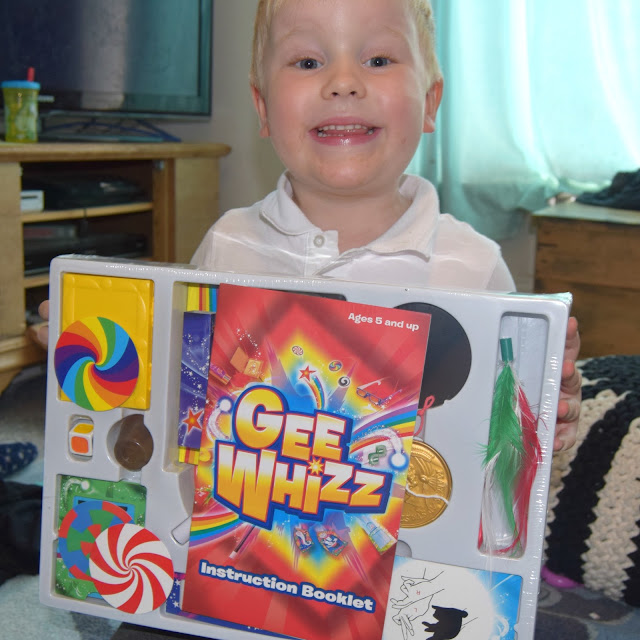 My eyes were drawn straight away to the spinning discs and as Alf had never seen anything like these we oohed and aahed over these for a while as there are a few double sided ones to choose from. These are great fun and I love how the colours and shapes play tricks on your eyes. 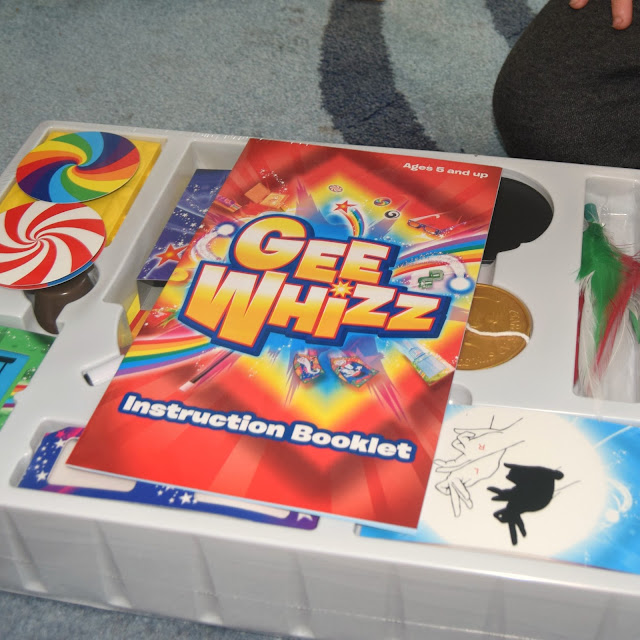 Our favourite trick of all has to be the magic flower pot trick which consists of a 'plant' made of coloured feathers, a mini plant pot and a couple of clever little magnets. After a few tries Alf really had the idea of it and showed me over and over again to get some practise. 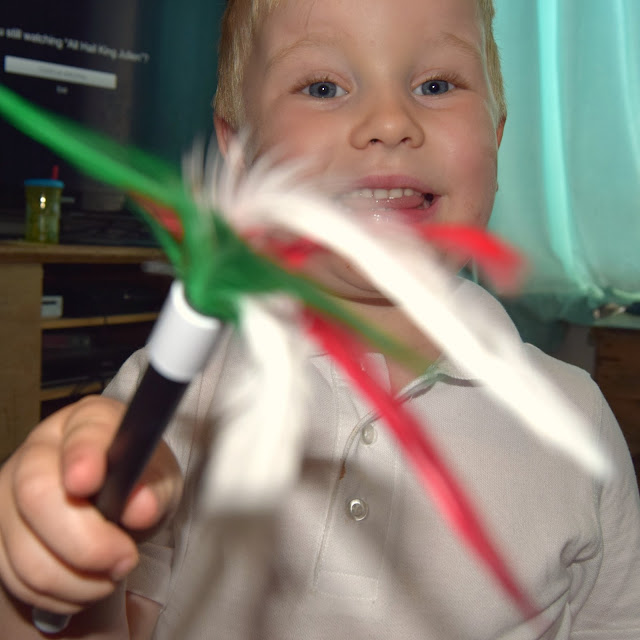 The disappearing parrot trick really mystified Alf, he thinks it's amazing and being four totally didn't notice a little slide of hand to flip the box over. I taught him how to do it and he is now practising like mad to make it seamless and hide how the trick is done. He will be amazing his friends in no time! 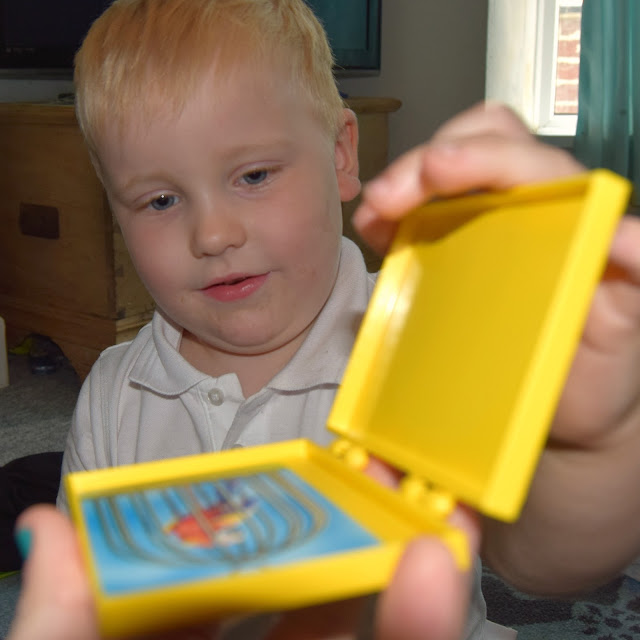 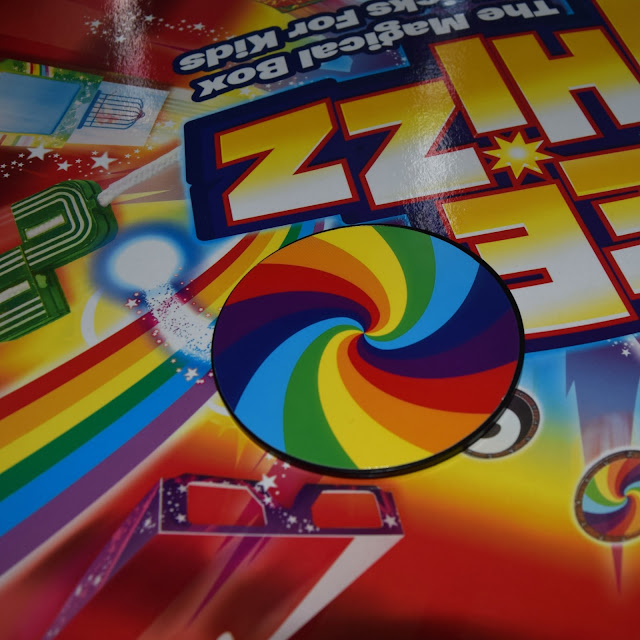 As well as these tricks there is also a magic coin trick, magic shrinking cards, awesome rainbow specs, another magic parrot trick, colour changing trick and an amazing cut rope trick that is super simple for kids to perform but really impressive! 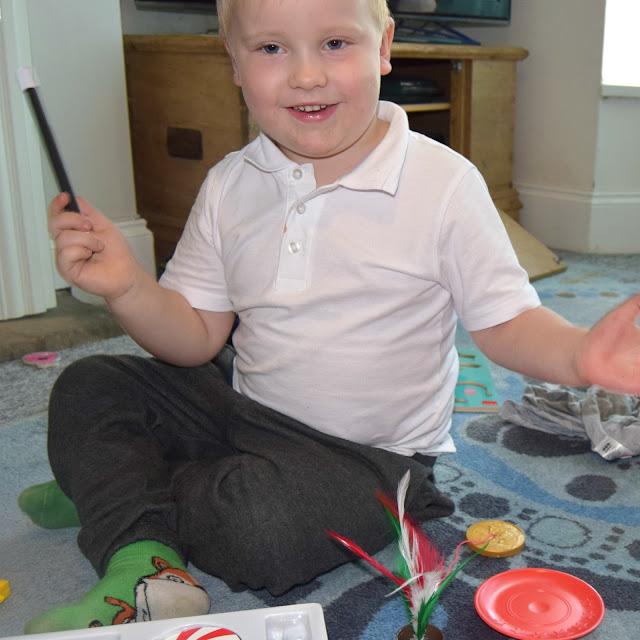 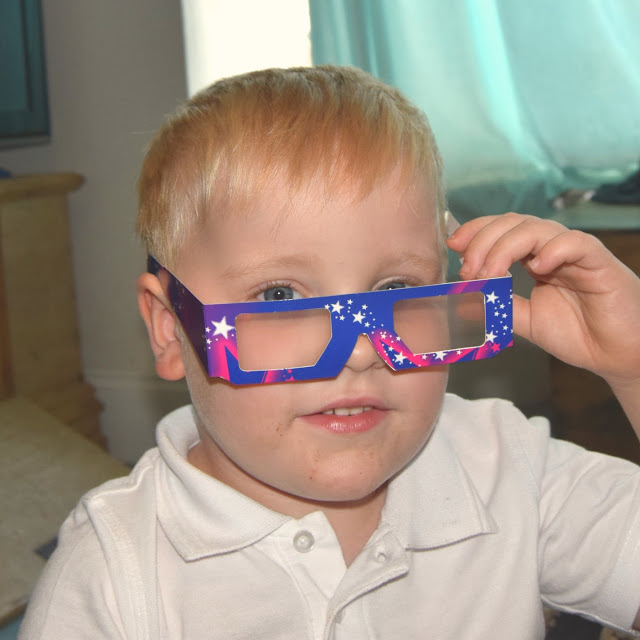 The box also includes some clear and easy instructions on each trick and some shadow puppet cards. I love how much thought has gone into this box of tricks and it's absolutely perfect for the age it's aimed at - Alf adores it and was so so excited for his Daddy to get home from work for his magic show. 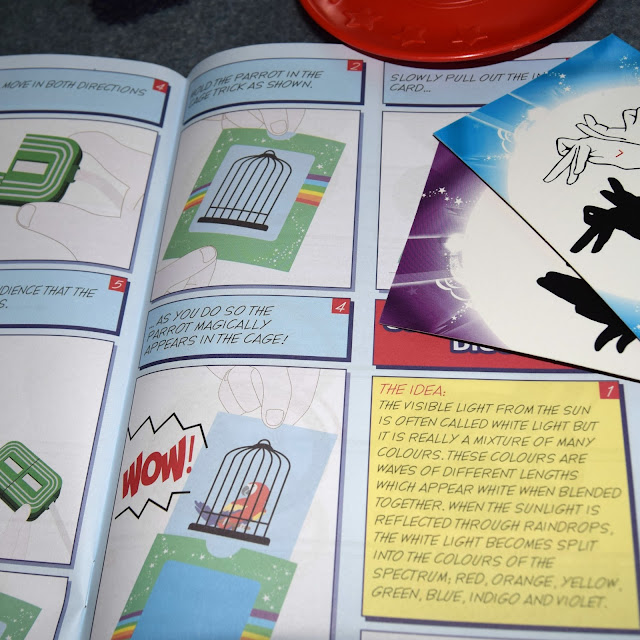 This is my favourite product yet from Drumond Park and I really think every 4/5 year old needs this in their lives - perfect for the Christmas list at just £19.99 (RRP) and something to spark imagination and fun for the whole family.

We love our set and give it a huge thumbs up. If you'd like to try this set out for yourself, Drumond Park have kindly offered another game for one lucky winner. You can enter via the Gleam app below - good luck!

Disclosure: As part of the Drumond Park reviewers panel, we were sent this set in exchange for an honest review. Advertised on U Me & The Kids and Prizefinder.