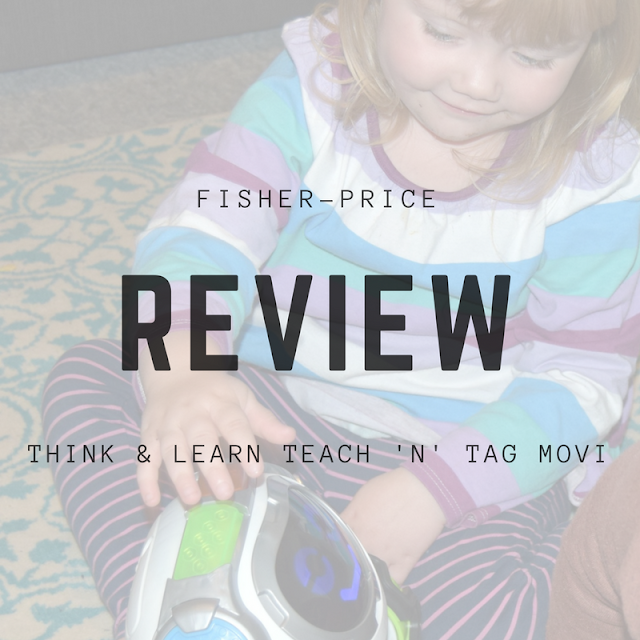 We have a bit of a soft spot in our house for robots and when it comes to toys, they always go down well if they're a robot of some kind.

We were recently sent a new toy to try out from Fisher-Price, called the Think & Learn Teach ‘n Tag Movi. Aimed at ages 3 and up, Movi looked perfect for my two and definitely seemed to have the wow factor with lots of fun features and a pretty cute face too. 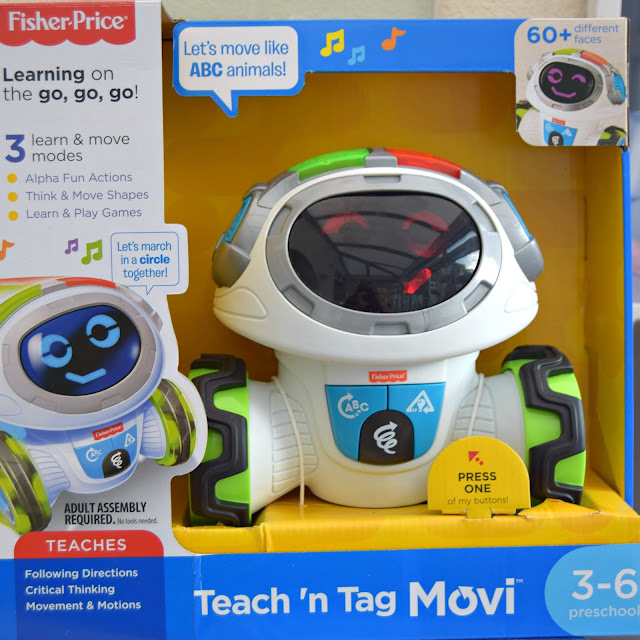 Movi came loaded with demo batteries, so with one quick push of a button he came to life in his box and Soph squealed with delight and said hello to him. We quickly found out that this toy did a lot of fun things, with multiple faces and little games, so soon freed him of his cardboard home. 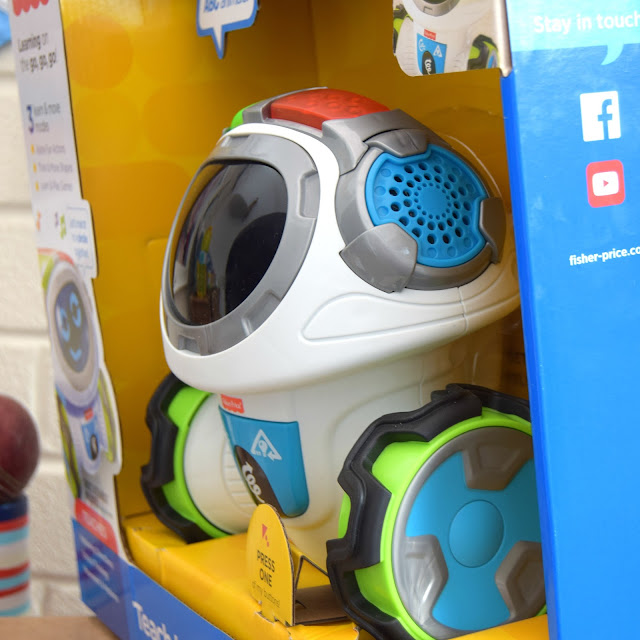 All you need to do when you take Movi out the box is to pop in his back wheel to keep him steady and he's good to go. With the flick of his switch, he zooms into action and his thick sturdy wheels mean he can function no problem on our thicker carpet and rugs, as well as shiny floors. 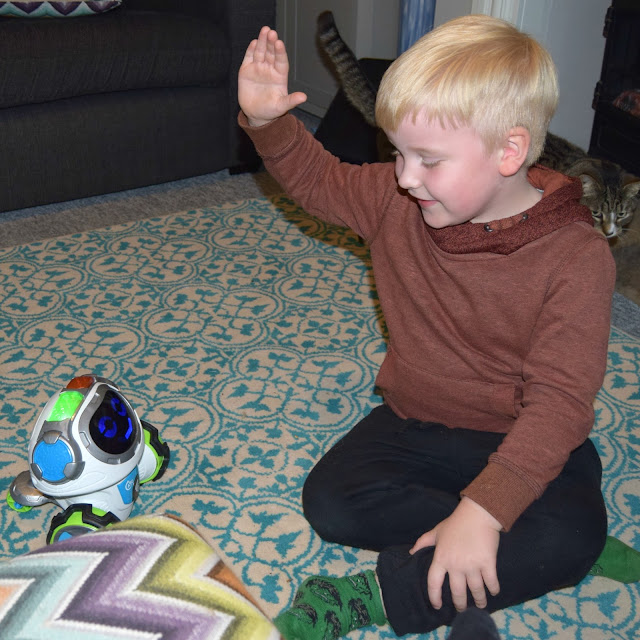 The great thing about Movi is that he's not just a sit and play toy, he gets kids up and their minds and body moving. It's like having a real life robot guest in our house as he whizzes around 360 degrees with ease, mapping shapes, playing games and having fun. Both kids were happy and laughing straight away, really enjoying playing with Movi and seeing his face change with up to 60 different expressions. 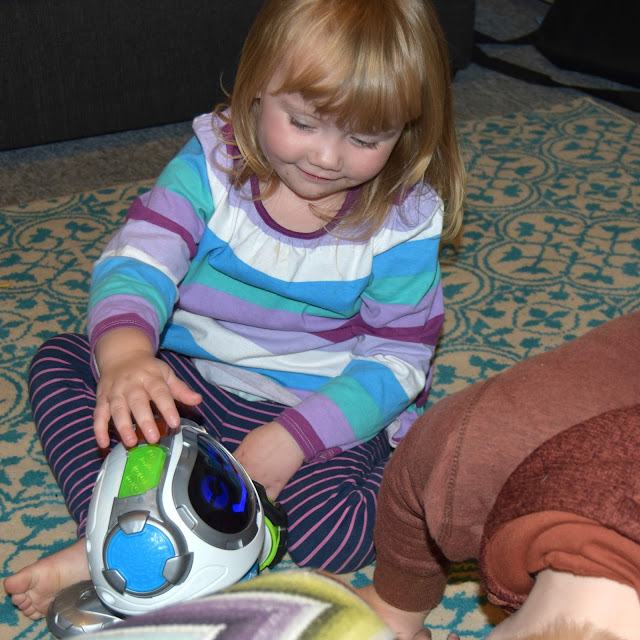 Movi does so much, with games like tag, quizzes, moving along to make shapes on the floor and our favourite, a game called Movi says which is like Simon says but obviously cooler, because, robot! I have to say, as a parent and someone that doesn't like noisy toys, this one doesn't grate on me, it's not super loud and I didn't find his voice annoying - a major plus for us grown ups. 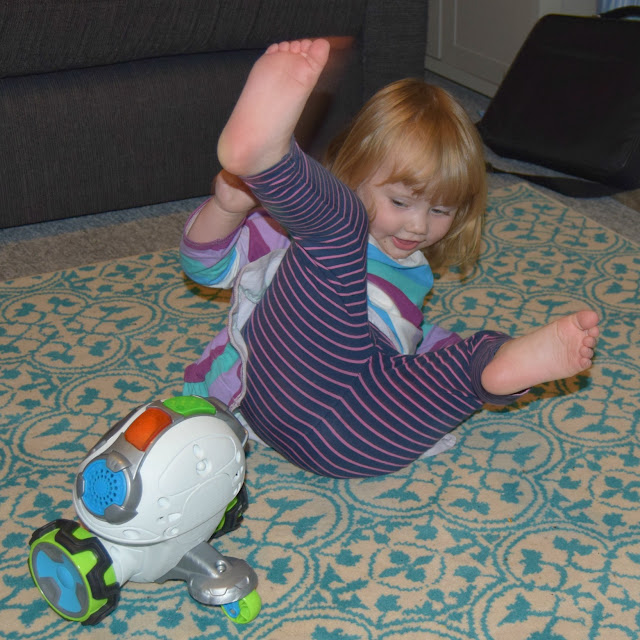 Movi sells at an RRP of £44.99 which is quite a lot for a toy and I'd usually shy away from that, but in this case he's so clever, does so much and encourages all sorts of play, movement and thinking which is pretty rare for toys. The technology crammed into this little fella is so incredible! 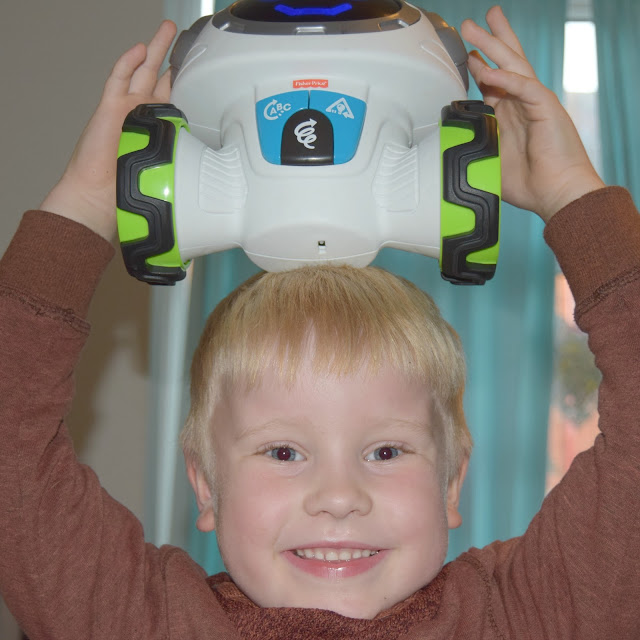 Soph was three in July and to me, the perfect age to get this as it can grow with them. Alf is 6 next month and loves this toy, though it really grips Soph a lot more, she's been chasing him round all week! 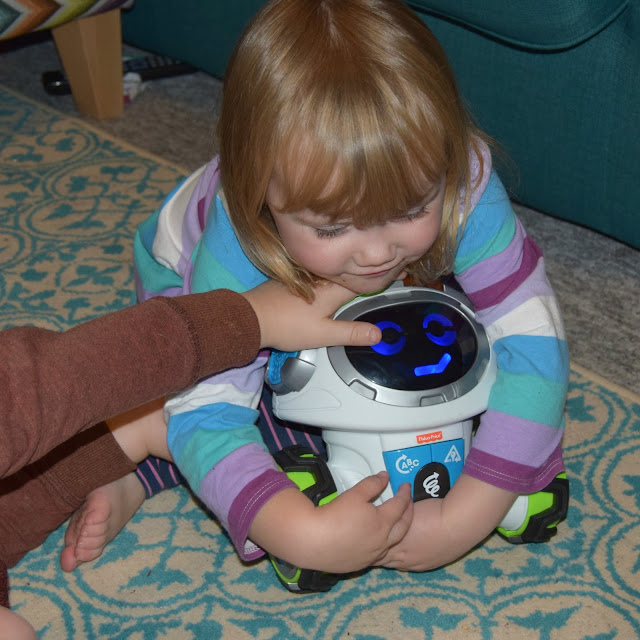 We've been really impressed with this toy and it definitely has a wow factor that doesn't disappear after the initial unboxing. Playing games, getting active and getting the brain ticking are all key features of this toy and it would be a fab Christmas present, getting all the kids up and having fun. You can pick up Movi for your little one right now from Smyths Toy store where he is currently on offer for just £39.99. Would your kids love Movi too?

* We were sent Movi in exchange for an honest review. All words, thoughts and images are my own, post may contain affiliate links.