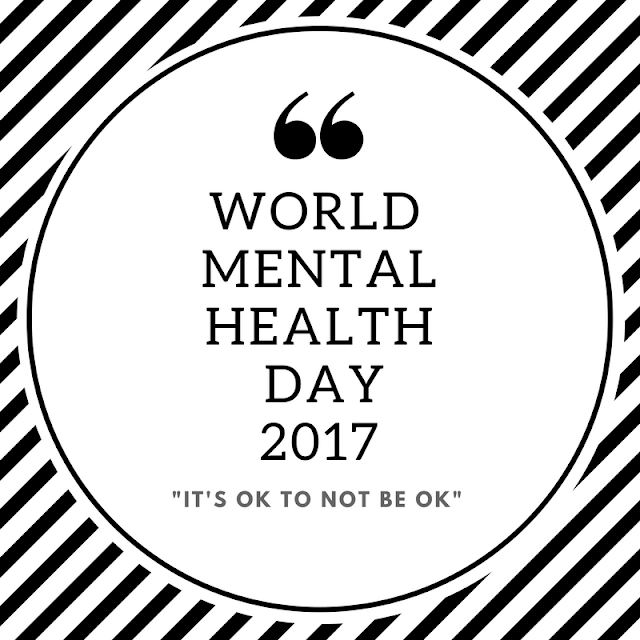 Today as you may know is Mental Health Awareness Day worldwide and as much as it is becoming much more openly talked about and accepted, there is always room for those suffering to share their story and spread awareness further.

It's only over the last few years or so that I learnt to know I've suffered with my mental health for most of my life. At around 7 years old I remember writing a list of ways I could kill myself. I don't really know why I did it but I did it, I squirrelled it away, with ideas like 'pour boiling water in my eyes and ears' and 'cut my wrists with a saw', it sounds so silly now but I remember at the time thinking I had my list there so if I needed it I was all prepared, how sad is that?

It's not that I was depressed particularly, as far as I remember, I had a lovely childhood and felt happy with my lot. The problem was that for some reason I just never felt good enough, I felt that I was a burden to my family, not good enough for the kids at school to be friends with and just that everyone would be happier if I wasn't around. I constantly felt guilty, I made up impossible scenarios and cried myself to sleep. Nothing had happened for me to feel this way, everyone was loving and kind so it was confusing, until now.

I now know that it was just me suffering with anxiety and depression, which has come back and forth since then, hiding out during my highs and rearing its ugly head in my lows, peaking mainly when I became a mother for the first time.

I remember being told about the baby blues, how they're a natural occurrence and that if they didn't fade after a week or so then to get help. They didn't fade. We thought we would both die on the day he was born and it's not something you get over straight away.

I couldn't get my head round why on earth I felt quite so low, when I had the most amazing precious little thing in the world, he needed me and it's that need that has me still here today. We had a pretty traumatic pregnancy  and birth which I  feel all played  a part. I couldn't help but feel though that he would be better off with a different mummy, that again I wasn't good enough and that he would be so much happier if I just disappeared. I felt like I was being pushed out by others, like I was just some kind of incubator that didn't matter, it really hurt. He was my baby yet so many people suddenly ignored me, compared him to his dad only, didn't ask me about the birth or congratulate me, that didn't help either.

It's much more common for mothers to be honest now, to admit that their baby tortures them with sleepless nights, sharted all over the new car seat, or will literally only rest in their arms. Before you realise the normality of all those things, it's easy to feel like a failure and as always in life, there are plenty of people that will help you to feel that way too. Thankfully a lot has changed in recent years and it's now much more the norm to be honest, as opposed to smugly portraying a seemingly perfect life.

My anxiety levels peaked with motherhood which I think is a really common occurrence. We are torn between the want and need for help and the overbearing worry that if people find out how we feel then they'd take our baby away, which of course is very unlikely. I saw story lines on Corrie about post natal depression and that just wasn't me, I didn't want to hurt my baby, far from it. For me it was the opposite, I felt like I had to protect him so much that it hurt me. I saw danger everywhere and it was unbearable imagining all the things that could happen. At 19 months Alf had an injury at our doctors where they left a sharps bin out and he stuck his little hands in dirty needles, this escalated my anxiety to ridiculous levels.

The pain and guilt of not feeling good enough, makes it really hard to cope especially in those early days. People asked to take my baby for weekends, days away and I just couldn't do it, I didn't want to do it and really I know now I simply didn't need to do it. I wish I hadn't felt those pressures. Knowing the things that just weren't right, made it much better second time round. When Sophie was born I felt in control, I set rules and put my foot down because I just could not cope with feeling like that again.

After a while I got some help, not because I was a danger to anyone or even myself because as much as I thought their lives would be better without me in it, the thought of my baby crying for me was enough to snap me out of any stupid thoughts. Getting help was amazing, I talked about how I was feeling with both a doctor and health visitor and instead of judging me and taking my baby away, they reassured me that that would be the last thing they'd do, that it was really common to feel how I felt and they just 'got it'. I got help because living with a mental health issue is painful, it stops you living your life and it stops you finding happiness. I got help because there is no shame in doing so and it made me a better mother and truly gave me my life back.

I reluctantly started anxiety medication and despite its stigmas it really works for me. I felt more myself, I still feel emotions and it just makes coping with life a little easier. Lots of people think mental health is a popular fad but actually it's just that it's more acceptable now, with less judgement or needless shame. It's so sad to think of all the mothers that have felt like I did and perhaps didn't get the support or understanding that I had. There should be no stigma attached to seeking support or taking medication for mental illness, if I had an infection I would treat that, so why not keep my mind healthy too?

I hate that people see people like me as weak or that we should man up or simply learn not to be anxious, when actually it's an illness just like any other. We can't help it, it comes from nowhere sometimes and can be completely out of our control. We don't want to lose friends, but we often do, we don't want to push people away, but we often do.

With something like anxiety, it's easily compared to just being anxious which is in itself an entirely different thing. Anxiety is crippling, it causes physical pain from muscle tension and can really make living your life impossible. If I said I had a problem with my brain people would sympathise and that's exactly what mental health issues are. Would they tell someone with a broken leg to just get on with it and be strong? I don't think so. It's so easy to not understand if you don't know anyone who has been though a MA issue or been through one yourself, but I really hope with days like today and posts like this people will become more understanding as one day it could just as easily be them or someone they love.

On a day like today I just want other parents out there that maybe feel like I did to know that although it's not 'normal' to feel that way, it is very common, particularly after a traumatic birth. Not coping and those copious amounts of tears shouldn't be a part of our everyday and it doesn't have to be. Please find some help, talk to someone, break free from the safety blanket of home when you can to see what's out there. It's OK to not be OK! 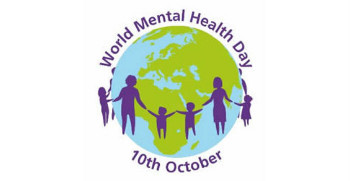 Anxiety Vs Anxiousness
She looks fine to me: Anxiety Mum