It's A Whole New World & It's Terrifying 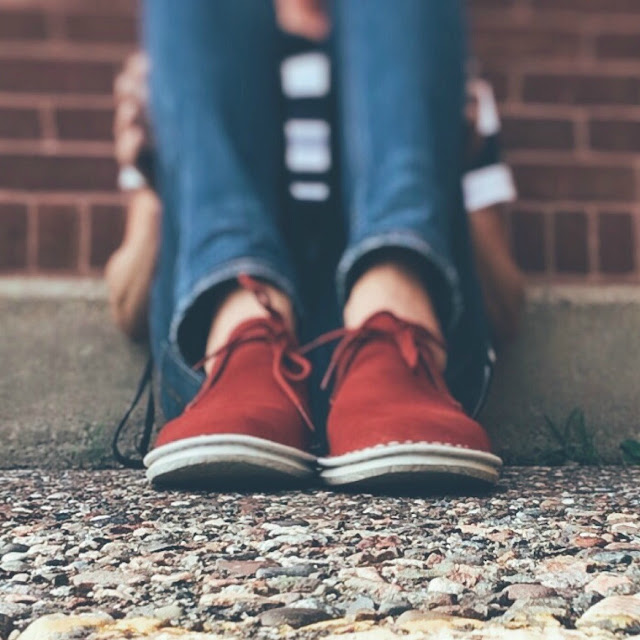 I'm talking about this world we live in and the future it holds for our children - THAT is truly terrifying.

Growing up as a pretty chubby, but happy kid I can honestly say I had very few cares in the world. Our weekends were spent digging up clay in the woods and playing Lego and wow things have changed. I'm not talking about kids being strapped to screens or anything daft, but more the fact that the freedom and feeling of safety and innocence we once felt has sadly been taken from us, and our babies.

I really fear now for the world the kids have been born into and I can't help but feel a little guilty for what I may have potentially inflicted on them. Was it selfish of me to bring new lives into a world with a 'not so bright' future? Or am I just being an over dramatic over anxious Mother? Most probably.

The kids are growing up in a world that is wonderful for it's technological advances yet equally as flawed for its introduction of social media, camera phones, Photoshop - all goods that can quite easily and often do, get used for evil.

Thinking back to those days in my leggings and knitted Cardigan at my first disco, glued to the snack bar happy as Larry, while the 'popular' girls  (remember them? where are they now?) were already clad in LBDs giggling in the corner at the older boys. I can't help but think how much worse that stage of my life would have been in more modern times. My first awkward shuffle dance with a reluctant but thankfully kind boy would have been filmed for all to see and laugh at, my body would have no doubt been shamed from a young age and how frightful is it that bullies now have a platform for all to see?

Aside from the bullying which is one of my biggest fears for children now, there is also the fact that everyone and everything seems to have gone a little to pot.  It seems it's an 'every man for himself' world by large with a few (very few) amazing people that actually consider the happiness of others.

I hate that feeling of being invisible whilst in a shop, or knowing that cars will just pull out in front of me or speed up while we cross the road because frankly, nobody seems to give a sh*t anymore.

More terrifying still is the fact we live in a world where people think it's acceptable to judge people by the colour of their skin, their religion or their sexuality. Surely, SURELY by now people should have evolved enough to see beyond this idiocy. A world where a judgemental racist 'pussy grabber' can be put forward for president, let alone win is a daunting prospect indeed.

As well as all this, there is the mere fact that we are completely destroying our planet, exhausting all its resources and gradually making our beautiful creatures extinct one by one - if only we could start with the racist creatures and leave the poor tigers alone.

One thing we can do is bring up respectable happy children that will one day grow up to become decent tolerable people. Ultimately we are their teachers, we can't change everything in the world but we can help shape its future by making wonderful, kind, thoughtful people to fill it.

Oh and to save any disappointment, here's Peter & Katy......