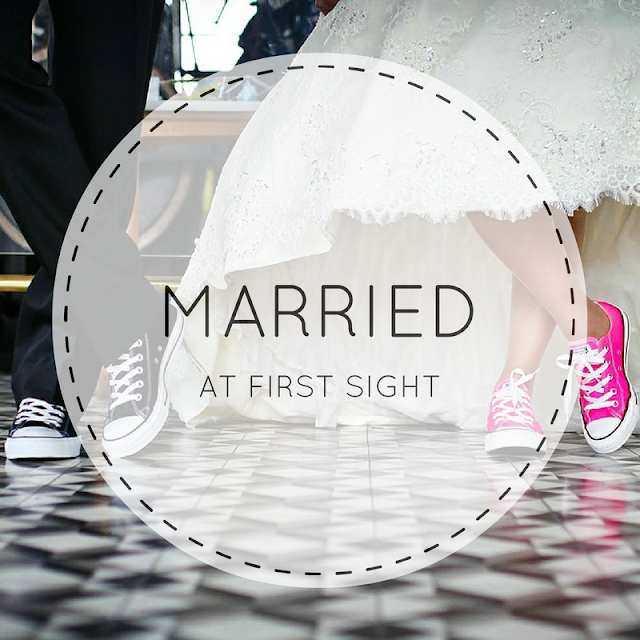 Have you been watching Married at first sight? We have been totally gripped to it and I think it is actually pretty amazing - people are totally fascinating to watch.. This is series two and I have no idea how the first one passed me by?

My initial instict is to think it's crazy, how on earth can two peoeple that have never met possibly have a succesful marriage? Actually though, after the first episode which had the most instantly obvious perfect love at first sight match ever, I am completely converted. Why shouldn't it work?


The programme does thorough research on the applicants and it's basically down to science, how the couple are put together, based on all kinds of things from facial structure, culture, family history, likes, dislikes, tastes, dna, the list goes on.

So is is genius or just the most insane idea on earth? I think it's genius and I'll tell you why.


Some of the parents in the show are understandably worried about their child marrying in this way, a partner they've never met, know nothing about and their own flesh and blood bombing into the unknown in the most bizzarre but curious way. I can see it must be hard for them but then isn't it equally as likely that your son or daughter could meet someone, spend a few years of life with them only to then discover they have changed, grown apart or just become a complete idiot? Yes, it's totally possible and happens far too often, so why not leave it to science?

If I was single now, I can't think of anything worse than speed dating, scrolling through Tinder or getting sent dodgy pictures from even dodgier men on Plenty of fish. There are so many lovely honest amazing people that are for one reason or another single and it's such a shame it is so hard now with such a saturation of weirdos and stigma - how are people meant to meet good honest people? I would have to throw myself into a manless life of cats if, God forbid, I ever became single.

For these reasons I think the show is great, I find it fascinating seeing the instant body language and there has been a real mix already of ones that will clearly last and ones that wont. It wont always work, but it has to be worth a try, surely? They offer lots of marriage counseling to ensure any early issues are worked through and they are given a whole load of support, much more than regular couples get. I know if I had to be in that boat (and being a crazy old cat lady wasn't a valid option) I would happily try this method instead of awful dates and cringy messages, though maybe not on TV!

What are your thoughts on the show?