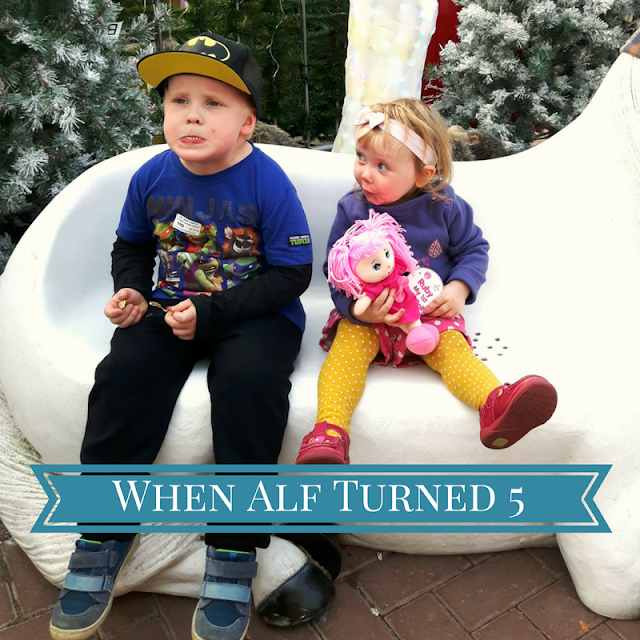 Last week our suddenly big boy turned the grand old age of five and what a fun time he had. The last five years have absolutely flown by except of course for those first few months of colic, feeding constantly, reflux and not wanting to sleep - which I felt every single second of! Love this boy.

Turning five is a big deal, it seems so grown up and he is such a character, a real comedian, extremely creative, funny and kind and we wanted to make sure he had the best birthday he could possibly have. Luckily for him his birthday fell in the half term holidays which meant no school, no regime and no moaning mother hassling him to get his shoes on 300 times every morning, win win win win win. As much as he loves school, he already seems to appreciate the weekends and holidays as much as us grown ups do, so he was really happy that he could do more for his birthday, see more people and have a few trips out. 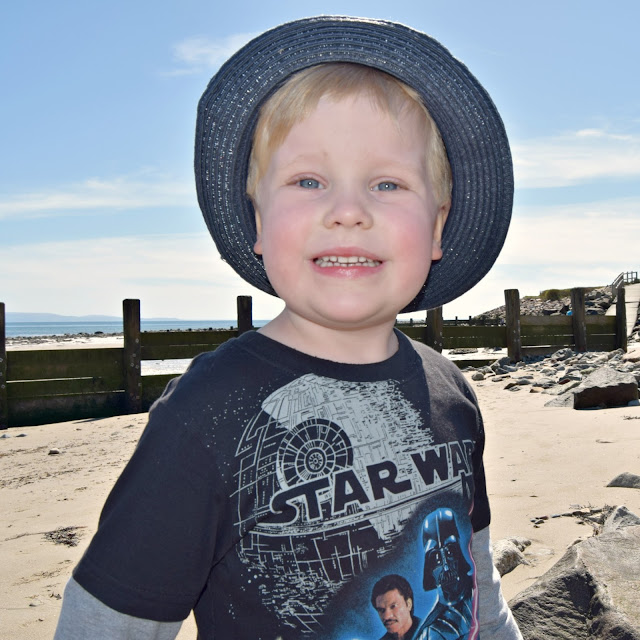 We started off his celebrations with his birthday teepee (he saw Soph's in July and requested the same treatment) so we filled their teepee with lots of balloons and gifts for him to wake up to, which he absolutely loved and subsequently went on a mad balloon popping spree which actually helped tidy up, so I was pretty happy with that. 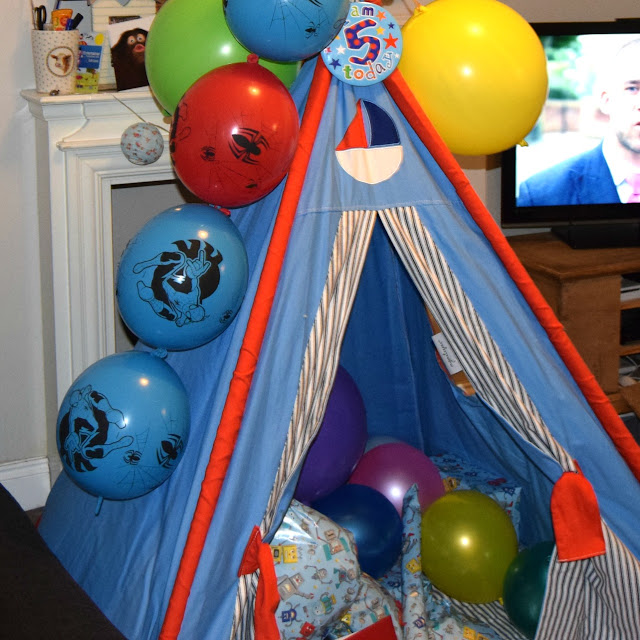 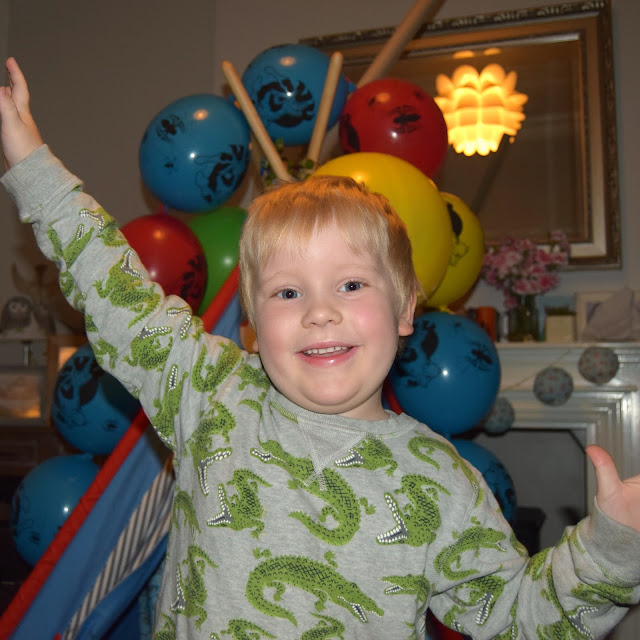 Alf loves taking photos on my camera so we got him his very own one to play with and he absolutely loves it, I was worried about this one as it was about £40 but it was worth every penny, he hasn't put it down and took some great pictures this past weekend which I will share soon. 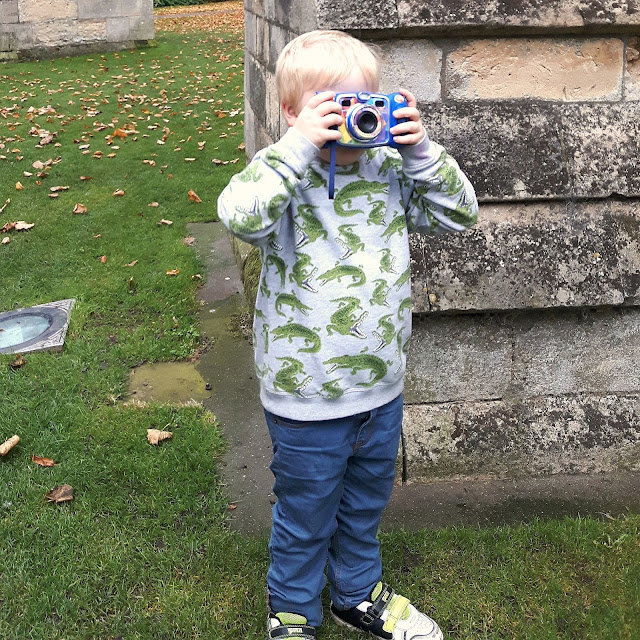 Alf loves all things superhero, so was really excited by his new Iron man costume and matching Nerf gun arm. His Aunty Loz also got him a proper Nerf gun so he is fully tooled up now for any occasion - I'm going to find those bullets everywhere aren't I?! 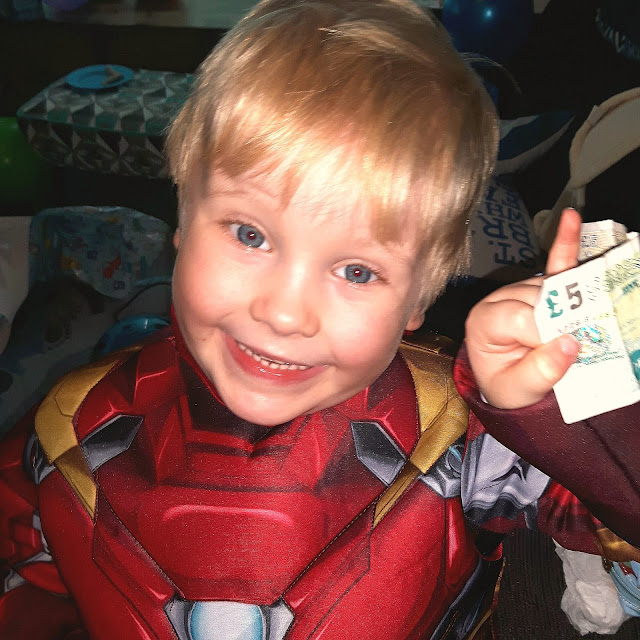 Adam couldn't get off work so we had a very early morning birthday celebration where he opened his cards and gifts, followed by a candle blow out and cake breakfast - needless to say this went down well with all of us, there is never a wrong time for cake. 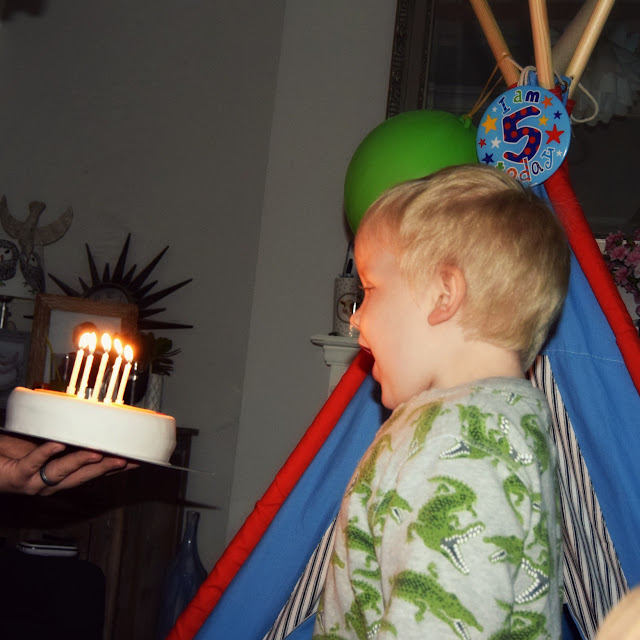 We got the train to visit Adam's work town to meet him for lunch all together then while he went back to business we visited a soft play there and had a look in a few shops. The soft play was manic, like hell on earth manic when we got there, but within half an hour it emptied out to about three children! Did we smell? Quite possibly, but whatever it was it was great and the kids had great fun while I put my feet up and ordered some onion rings which I completely didn't need but smelt amazing. 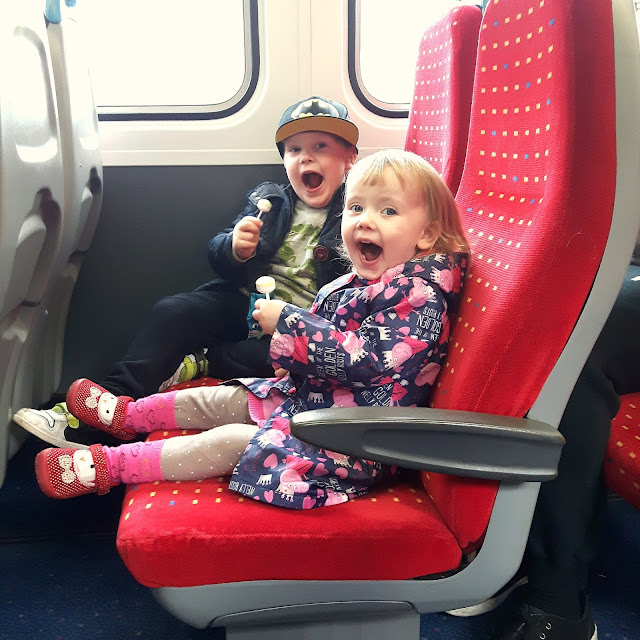 We then returned home and he played with all his new presents. They even had a special day out with grandparents the day before and had a very very early trip to see Father Christmas! It was great seeing the big man in October as he was super happy and there were no queues - win win again. 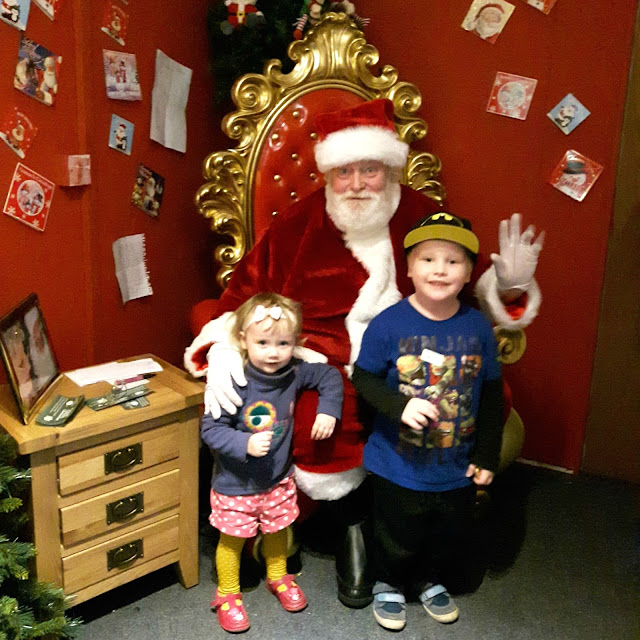 All in all Alf had a great birthday and was really lucky to receive some amazing presents too! Now I just need to get over the shock that five years has passed by in a flash...