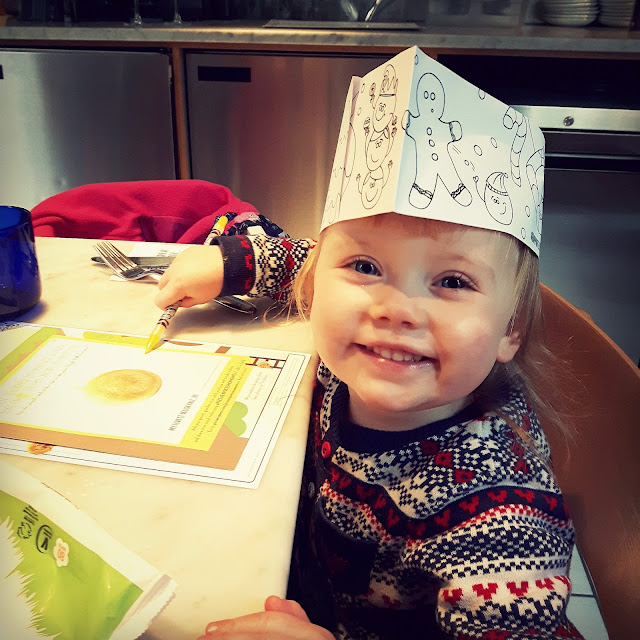 After trying out the delicious Autumn menu last month, we were delighted to be invited back to our local Pizza Express restaurant to sample their latest seasonal menu, which is of course their Christmas themed dishes and drinks. I had heard of their infamous 'Snowball Dough balls' but never tried them and we were super excited to tuck into the new dishes. 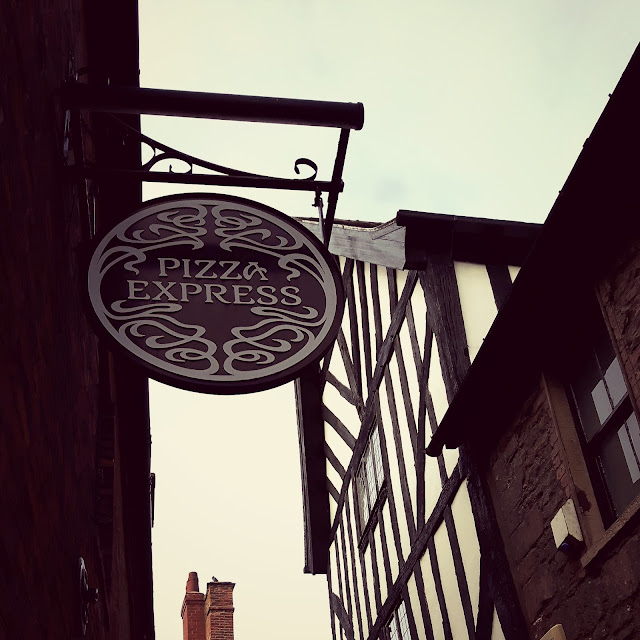 This year, the menu includes mouthwatering dishes that are an explosion of flavour and even tastier than those we tried on our Autumn visit. Visiting for reviews makes us choose things we maybe wouldn't normally, takes us away from our 'comfort zone' and regular dishes and I am so grateful for this as we have really enjoyed it. So firstly, whats on offer this year? 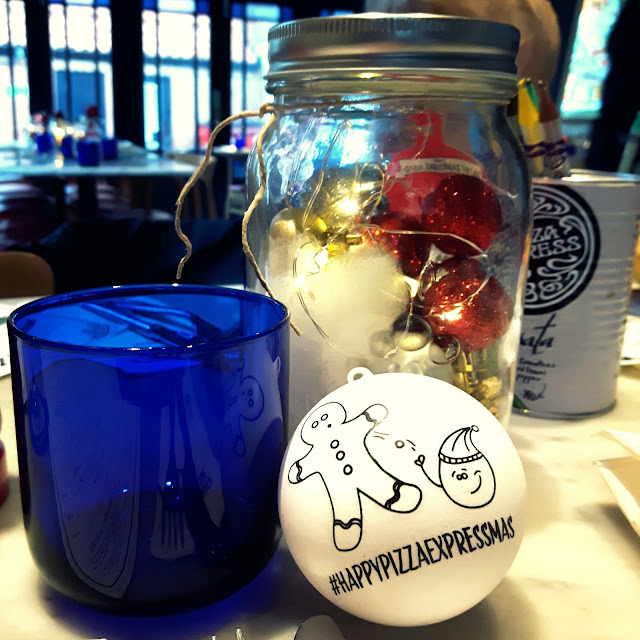 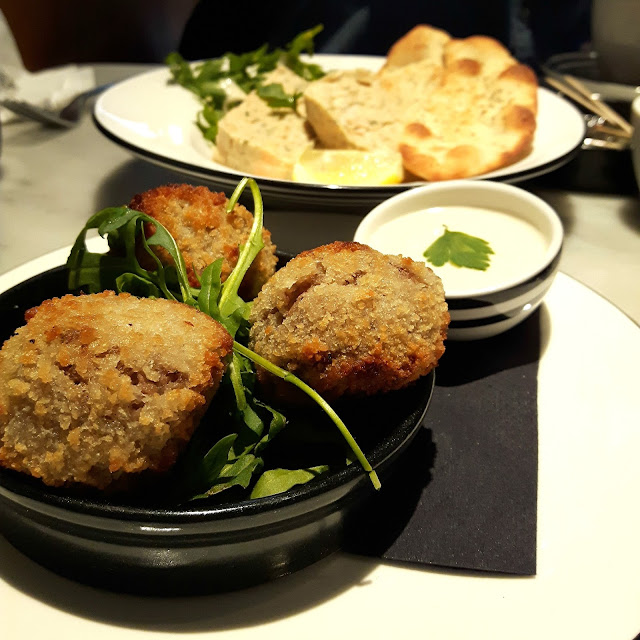 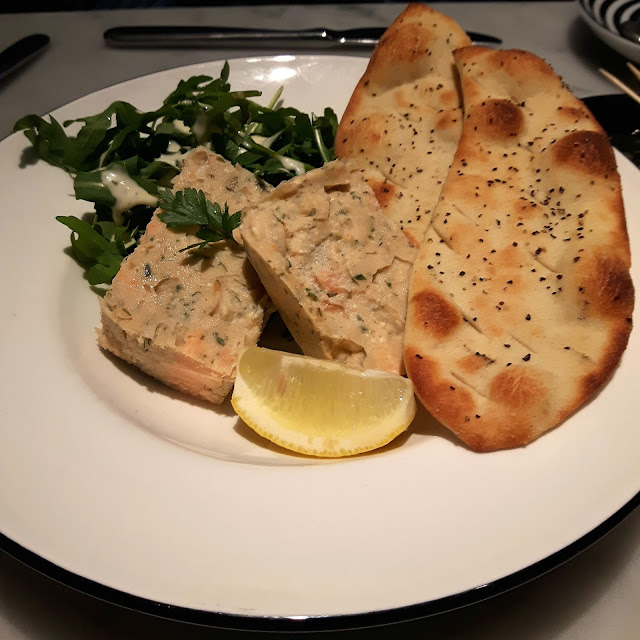 For our starters, we decided to try both options and share. The pulled beef and chianti crocchette was really tasty and the horseradish/creme fraische dip went alongside perfectly adding another dimension of flavour that worked really well. The fish terrine was absolutely delicious and the portion was very generous. The terrine itself had an good amount of flavour from the trio of fish included and my only qualm was that it felt a little too cold, but this was probably more noticeable as we ate it alongside the hot starter. These starters made a real difference to the usual dough ball starter we would have chosen and was a really good start to the meal with good portion sizes and bags of flavour. Although the starters were delicious, they were the least exciting course but only because the others were just perfect! 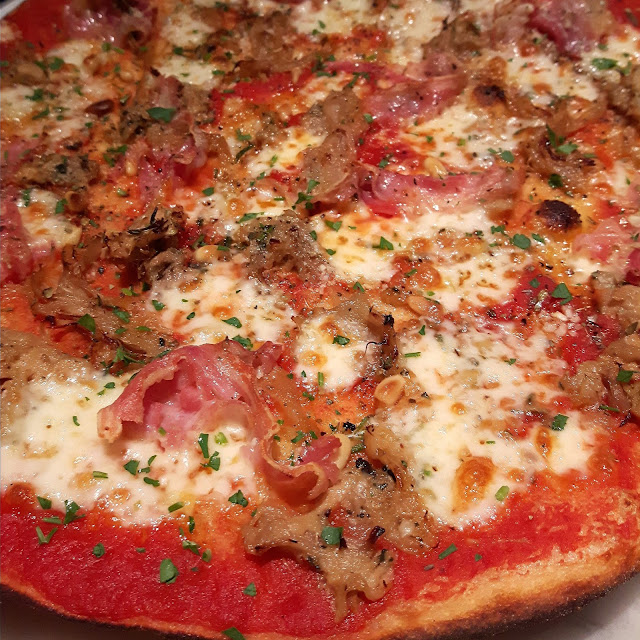 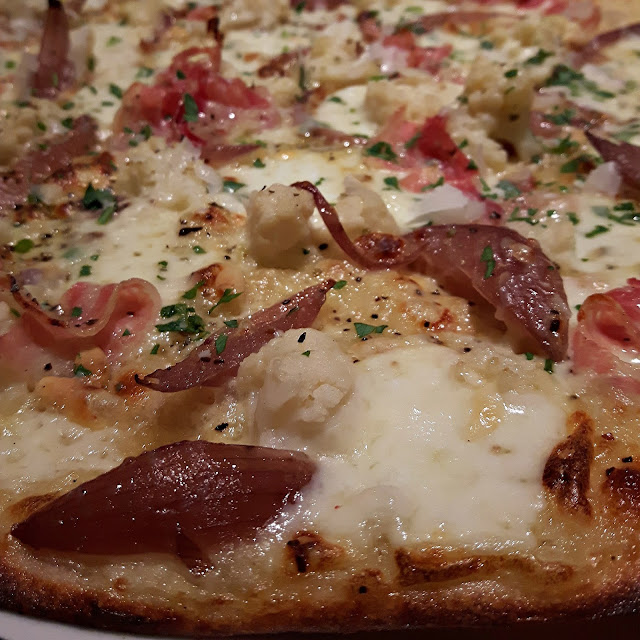 For the mains we opted again to try one of each of the festive pizzas and share. Now the idea of cauliflower cheese on a pizza had intrigued me since we heard about it a while ago but of course once again the pizza pros have it bang on and it works an absolute treat! I wouldn't have chosen this ordinarily but it is incredible and definitely worth breaking your habits and opting for.

The Porchetta Natale pizza was equally as good, it basically tasted like Christmas on a pizza, with a crazy amount of flavour - we savoured every single bite.

The puddings again were perfect. Adam opted for the Panettone cheesecake which we were due to share but he said it was by far the best dessert he has ever had, so I barely got a look in! He had even shovelled half in before I could take a picture. I had the Snowball Dough Balls and it was even better than I had hoped. The icing sugar and Cinnamon made it super sweet and a little festive, then the addition of the white chocolate dip just topped it off t a tee! This one should be on offer all year round, I'd have it every single time. 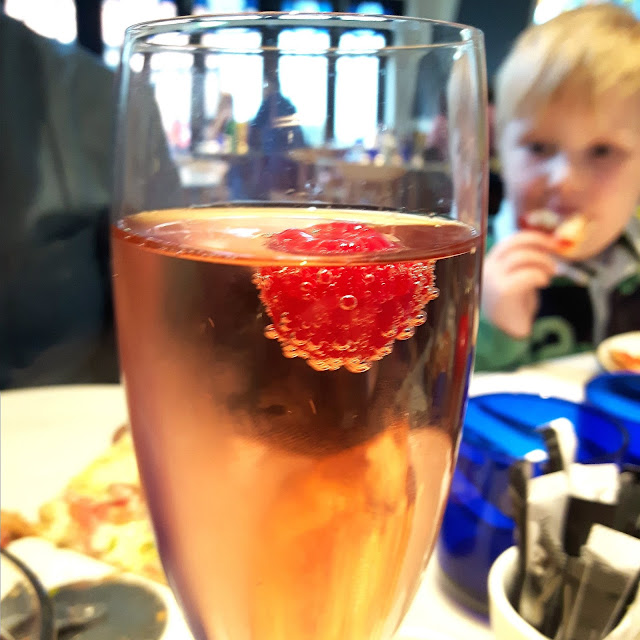 The drinks were the perfect match for a Christmas meal. We liked the taste of the sloe gin but we were well warmed up by that point and it felt like something I would have enjoyed more eating at a frosty Christmas market or maybe on arrival coming in from the cold. The prosecco was yummy and the perfect palette cleanser among the rich tasty food.

We all thoroughly enjoyed our food. The Christmas menu surpassed all expectations and they are the nicest pizzas we have tried at Pizza Express. The kids had their usual bargain three courses from the kids menu in what is now their favourite place to eat out. 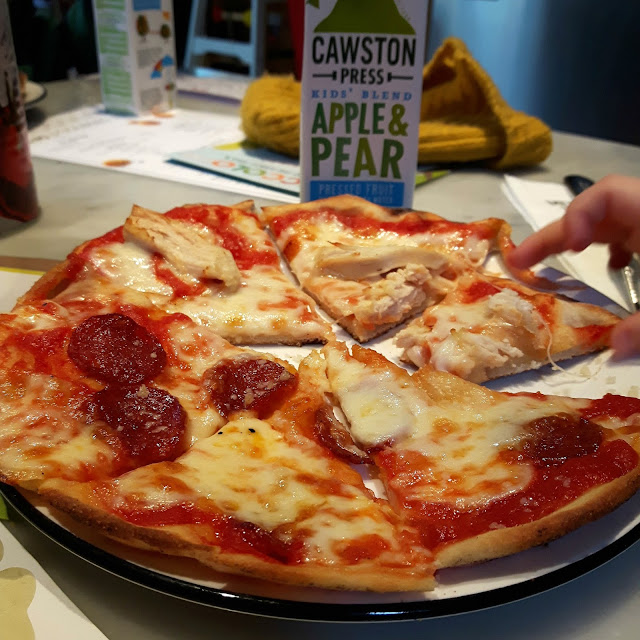 Doing these reviews has made us try things that we wouldn't normally order as we never want to risk deviating from the norm and I am so pleased with that. We have tried new flavours, discovered the brilliance of cauliflower cheese on a pizza and enjoyed the perfect family meal together in our run up to Christmas. Big thumbs up on this one, if you're looking for somewhere for a tasty slightly alternative Christmas meal with work or family then this is the one! 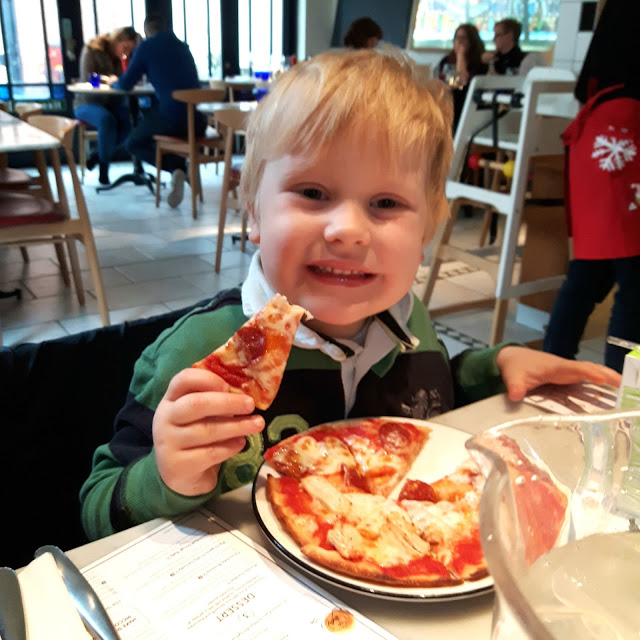