Tree Of Life: Let's All Just Feed Our Babies... 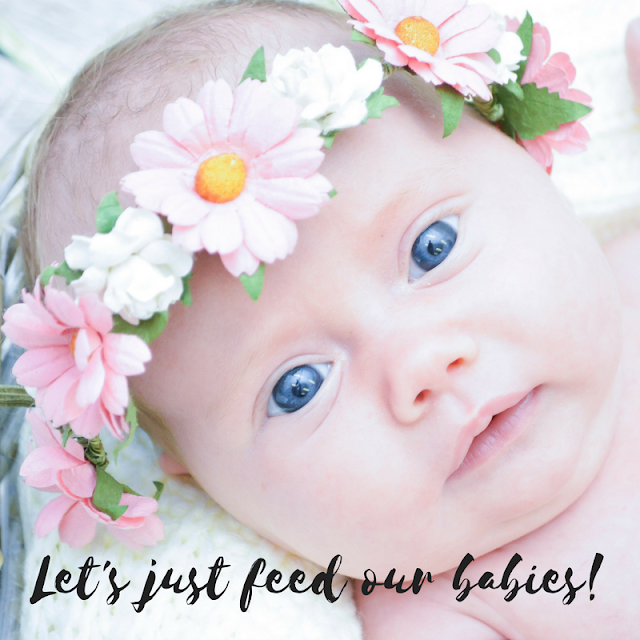 Since starting my journey as a Mother, one thing really sticks out as the most frustrating and that is the constant argument about how we feed our babies.

We seem to either be cast as a 'breast is best advocate' or a part of the 'bottle brigade' and the whole thing needs to stop. I am a breastfeeding mother, I'm not an 'activist', but I do offer advice if required and know how hard every inch of parenting can be., without petty battles or extra guilt.

The fact is, all babies need to be fed and regardless of our own personal situation or preference, we are all different and have absolutely no right to judge someone on the way they have chosen (or had no choice to) feed their own baby. We also have no right to judge others for being proud of their achievements without any knowledge of the journey or in a lot of cases the epic battle they may have faced to get to that point.

Recently, the tree of life pictures have flooded our Facebook feeds, with a mixed response. If you haven't seen these pictures, they are made on an app which applies an effect to breastfeeding pictures showing what I think is a pretty lovely image.

Now, I cant really see how this is offensive. I'm well aware some people have struggled to breastfeed and may see it as a kick in the teeth somehow, but much like half the tripe on social media, I think the answer is to keep scrolling if you aren't happy with what you see. Attacking these mothers is not on, NOR is upsetting another parent because you read something into it that isn't intended.

I have seen a few different mothers post these images this week and for all sorts of reasons they are proud of their breastfeeding journey and just like being proud of any other achievement in life, they want to share this image. Breastfeeding is hard. People think some have it easy but it usually isn't the case. I know people that finally managed to feed after months of feeding issues with tongue tie, second babies that successfully fed after their first baby wouldn't. I even know one Mum that successfully fed after months of pumping and trying following the death of one of her twins and her milk drying up. Doesn't she have the right to be proud? All these ladies deserve to share an image that they feel reflects their own success in this journey.

These images aren't a personal attack at anyone but are instead a reflection of their own struggles and coming out the side of a really hard and pretty shitty time.

I breastfed both my babies, I was a lucky one and although we had issues to start with, we got there in the end. I did also desperately try and use bottles but had no joy - I guess I could be offended by pictures of bottle fed babies or take it as a dig at my lack of skill as that was something I couldn't do, but that would just be silly.

The main thing for all babies is that they are fed. Nobody needs to judge others or take someone else's success as their failure. Its OK for people to be proud and doesn't mean others should read things into it that aren't there. Breastfeeding is natural and healthy for babies, that can't be disputed. Formula feeding is the perfect substitute/choice for a whole number of reasons, that can't be disputed either.

Feed your babies, keep scrolling and instead of being judgemental or unnecessarily preachy with each other, why not just provide support where it is wanted and neither inflict or feel guilt when it comes to feeding. A fed baby is a happy baby, end of story.